Sterling has been hunting almost daily for a month it seems. When bow season opened, he was there. Then firearms season started, and out he went. He went often with the neighbor. He ended up with a nice buck. 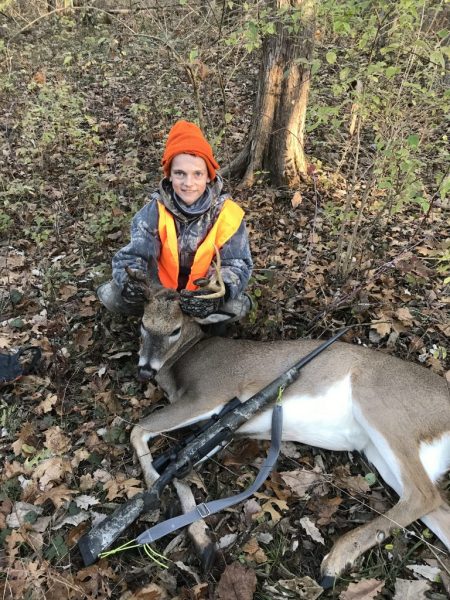 Eden has gone with him some. She works a lot and sleeps past 6am enough that she wasn’t out there super often. I think mostly she hunts because Sterling wants her to. But one morning Elliot saw a deer in our woods, Sterling grabbed his youth rifle and thrust it at her, and she stepped out the back door and got her first deer, a little button buck. She also gave herself a fabulous black eye shooting a rifle that is too small for her with a scope that she’s never used. She snugged that scope up against her eye and hello, recoil. 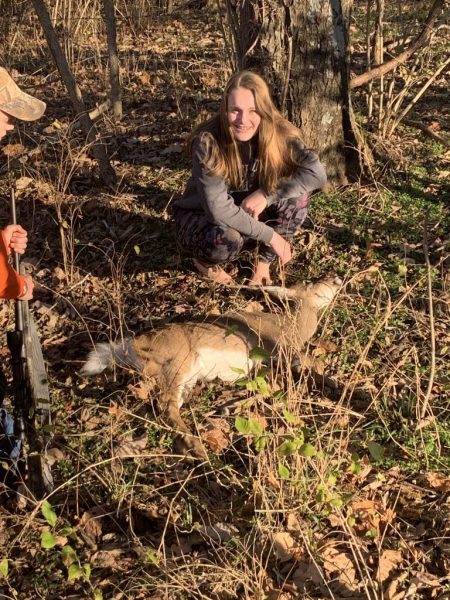 Tuesday morning Sterling, Pierce, and Eden headed out to a neighbor’s deer stand they had permission to use. And Eden got herself an eight point buck – bigger than her brother has ever gotten. You know, the brother who persistently headed out all the time, rain or shine. 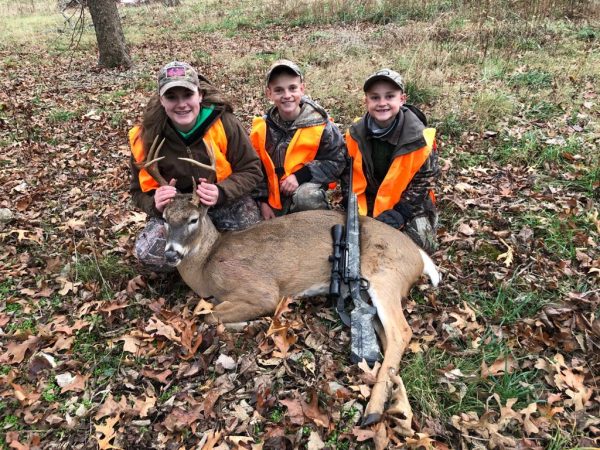 That led to a photo shoot for Bass Pro with the buck and Eden and her fake “parents”. Maybe she’ll land in one of their magazines. 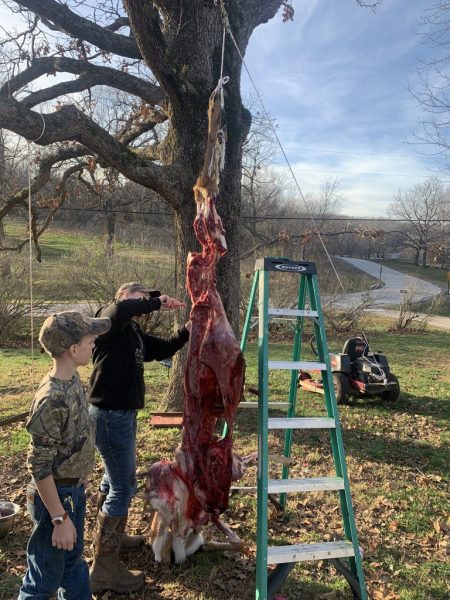 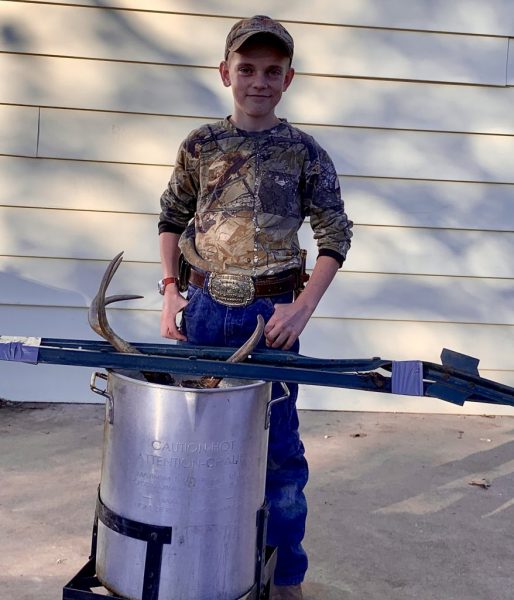 I now have about 120 pounds of deer meat in my freezer, two skulls in various stages of European mounting, and two super thrilled kids that are learning to provide well for ours, and eventually their own, family. Pretty cool.