Just in case you wondered what 24 weeks with baby number nine looks like… here you go. I took the photo at 24 weeks, which was a week and a half ago but better late than never.

I’m swollen, sore, and can’t wear regular shoes. I drop things often because my hands feel clumsy. Bending to pick things up off the floor is a sick joke. My blood pressure maintains good and normal numbers though, ultrasound has not identified any issues except that baby is measuring a month ahead, and I’ve gained a ridiculous amount of weight already. Baby is head down and it regularly feels like he’s pitted his toes in my ribs and is pushing down for all he’s worth. For the record, that hurts. A lot. Midwife suggested working to get him to flip to breech to stop this behavior but having had a cesarean because of a breech presentation for baby number four, I can’t see doing it and risking regretting that deeply in a few months.

I’m almost 26 weeks now. It feels like forever and no time at all between now and June. Stellan has taken to kissing my belly often and lotioning it up with lavender lotion so the baby will smell good when he comes. Soon. 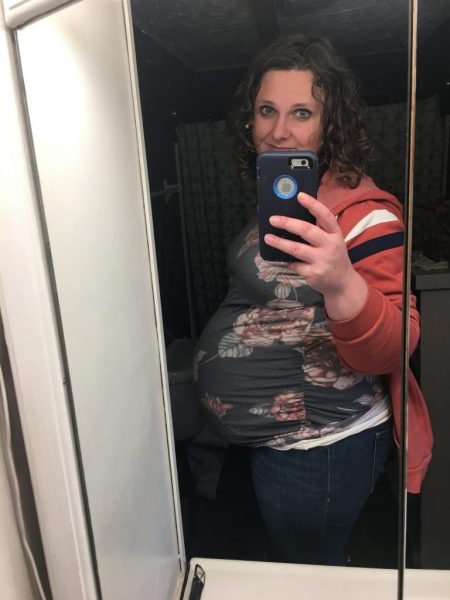