I woke up this morning with a grand plan for the day. Finish school, then hit the park for a walk with the younger six while the big girls work.

And then. Eden went out to do chores and came back in with a “um… can you come look at this quick?” I was hoping a baby goat had arrived. It hadn’t.

Abram the Awful is our billy goat. He reeks. He rears up and thinks he’s boss. I take pleasure in informing he is wrong. He’s wretched. Effective and necessary to the growth of the herd. He’d have met a bullet by now otherwise.

The night before, he’d been chasing a doe around incessantly. He was getting nowhere with her except running her constantly, so I moved her. Oakley went   into a chain link fence with two other does. She could finally rest. We went to bed.

Fast forward to the morning. The chain link fence looked like this: 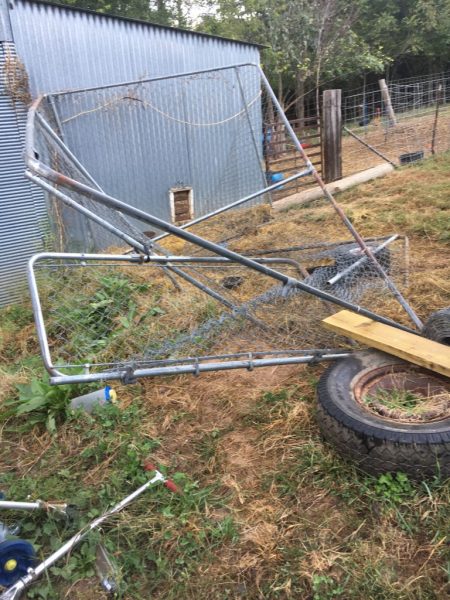 He’s persistent. I’ll give him that. He jumped or somehow escaped a five foot fence and then broke down the chain link enclosure to get at Oakley.

Several hours later, Eden and her young assistants had the fence standing once more, scarred traumatically from its night, but intact. Abram now wears a hobble to prevent him from fully extending and escaping his fence. So far, so good. 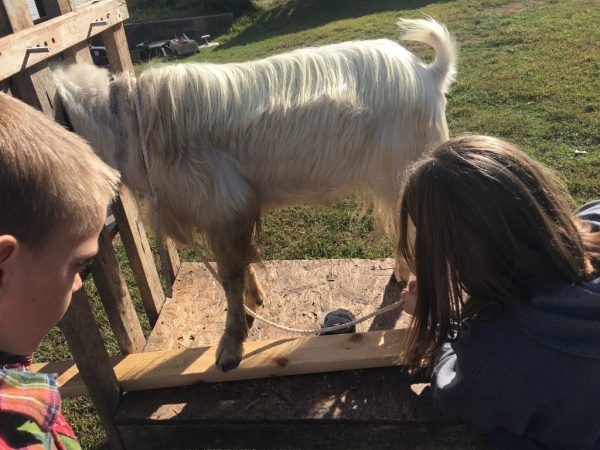 We got less than an hour at the park after all that. Better than nothing. I got to carry Stellan’s bike a good half mile back to the van when he tired of riding in the gravel. Right about then it was plenty long. We got to see the minnows and tadpoles and watch a few turtles for awhile. 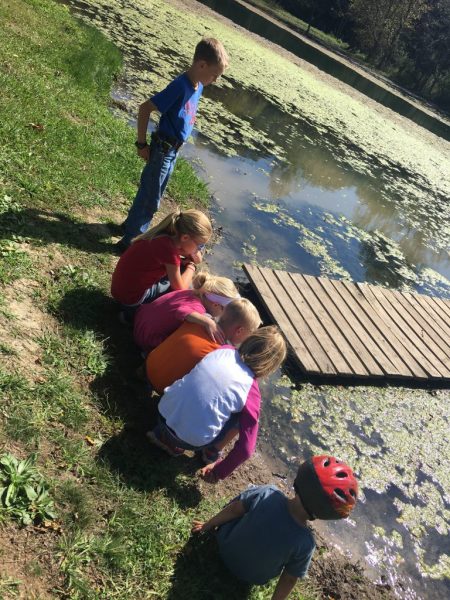 Making supper, the oven decided to not heat properly, then when I went to jump ship and created plan b, it heated up just fine. The oven finished out perfectly. It’s only a handful of years old if that, and has never had issue before. It was just that kind of day.

I did some research. Goat auction is the fourth Tuesday of the month. I’d drop off the whole lot if it were up to me.