We got to go flying this week for the flight school I do the bookkeeping for. This time Liberty and Ruby got to go too. I dosed up both with anti nausea meds. If they helped… I’d hate to see what it would have been like without them. Liberty did okay, slightly nauseous, but she even got to drive the plane on the ground a little bit. Ruby was looking positively green by the end of the thirty minute flight. I was just praying there would be no vomit. There was none, thankfully. We flew over our house this time, which was super cool. We live in the flight path of a larger airport so finagling that took some doing, but my boss got it done. Super, super cool. 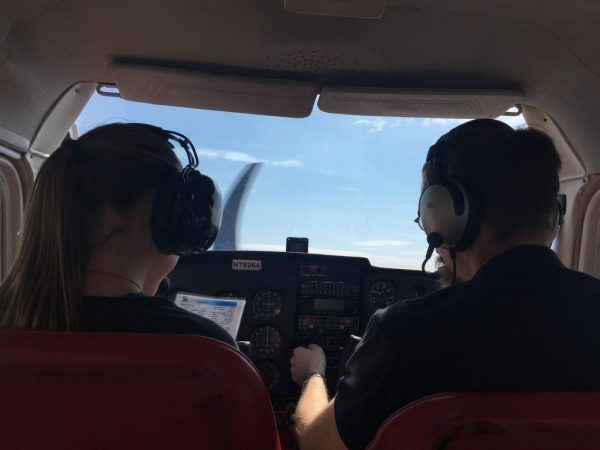 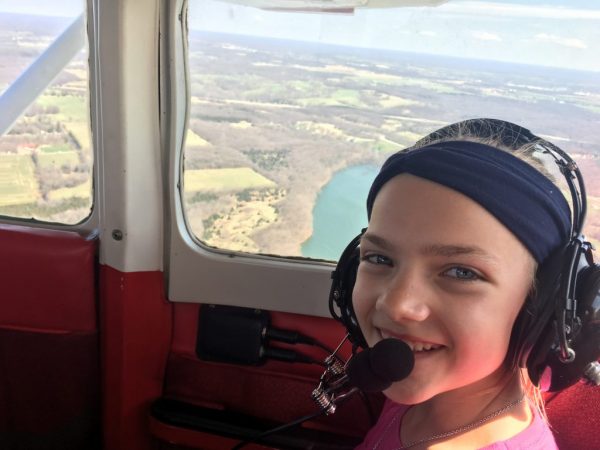 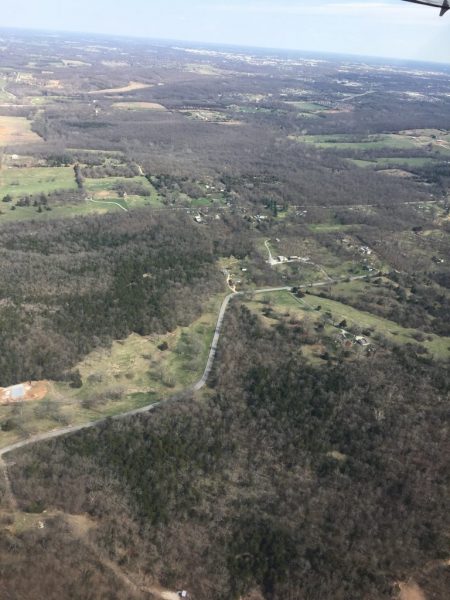 Co-op was cancelled this week. It made for an extra day… which was spent running children here and there and waiting for them to be ready to go. If I had to name the hardest part of parenting teens, it’s their desire for a social life without the ability to get themselves there, and living in the country makes it harder. I don’t want to waste time and fuel running home in between so I find myself killing a lot of time. This particular day, I decided a sewing project was in order. I went to the store and the kids picked out their fabric and supplies for backpacks for Elliot and Stellan, and then made those the next day. They turned out pretty cute, even if Stellan’s name did go wonky and I didn’t catch it 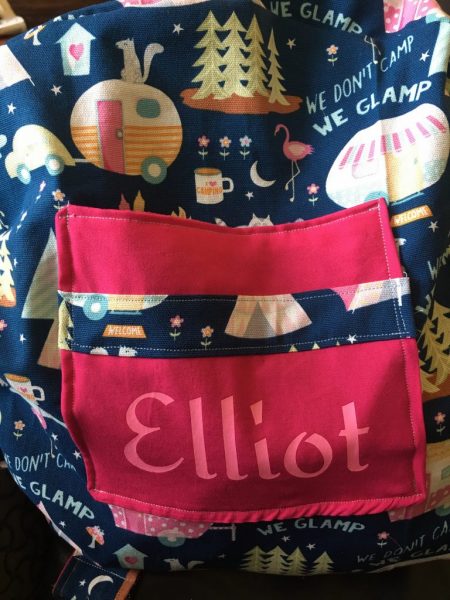 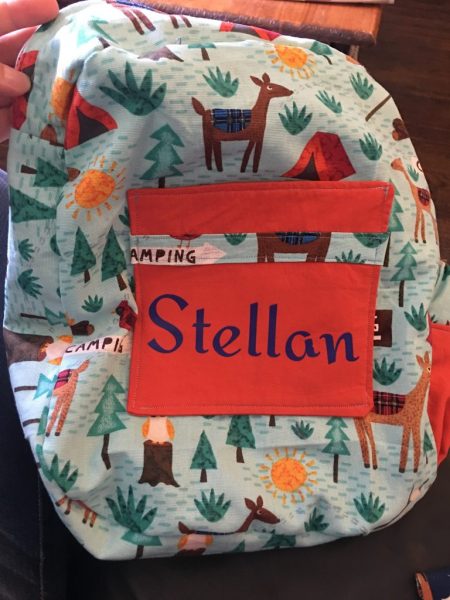 And then. Charlotte was helping comb Elliot’s hair out after her shower this morning and she came to me with what she thought was a tick in Elliot’s hair. It wasn’t. With a google search and a sinking stomach, I decided it was probably an adult louse. I headed to town for supplies and tonight Blaine and I spent hours combing through all the kids hair and I treated two that I’m not certain if they have anything going on or not, but decided we’re suspicious. Then I doused all girls in olive and tea tree oil. The shower caps they are sleeping in are certain to make a fashion statement. All bedding is clean, car seats have been washed, and most of the kids chose to sleep in hammocks outside for the first time this year. If this goes no further and turns out to be nothing, I’d be forever grateful. My head itches just thinking about it.

Small mercies: the last load of laundry hit the dryer last night. Every single piece of laundry was clean and dry and put away, if only for a moment.

Tomorrow is another day. And my hands haven’t felt this soft in years. Olive oil scrub, anyone?

A homeschooling mother of nine, ages 17 and under, I chronicle life, laughs, struggles, and lessons learned as I raise a larger-than-most sized family and try to laugh about the craziness.