It’s been a super busy week.

Liberty had her interview and was hired at Braum’s. She worked Friday for the first time. 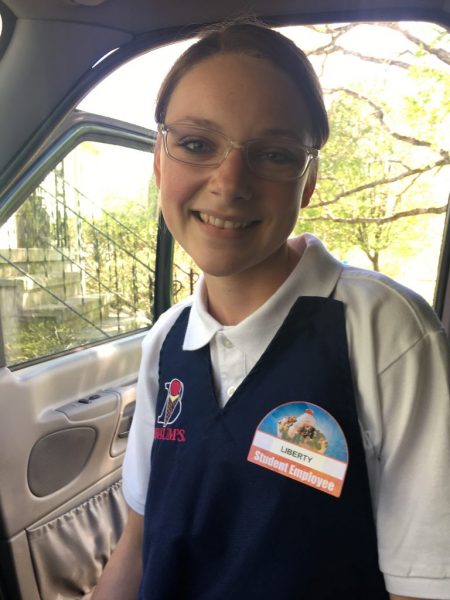 The elementary kids had their spring musical at co-op. 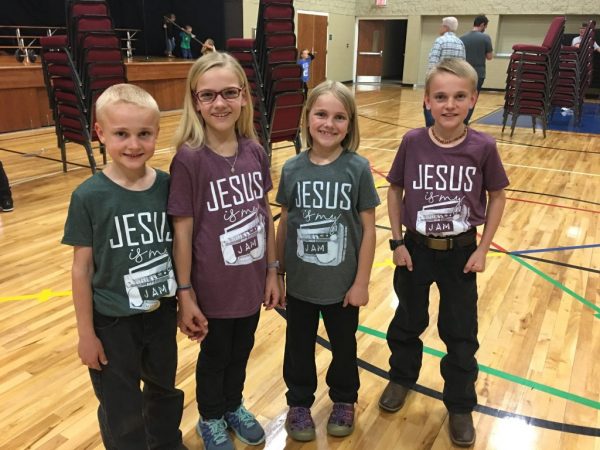 We’re wrapping up more subjects for school. I got contact lenses for the first time in twelve years. Liberty decided she was going to get them as soon as she got a job. She has an appointment next week.

We colored eggs. Specifically, I was all on top of things for once. Boiled two dozen eggs first thing this morning so we could color them later. A super zealous child marked each with sharpie to note that they are hard boiled, because that’s what we do. So… our colored eggs all have a black slash on them. I can’t win. Then we spent half an hour searching for the egg dye kit. Bookshelf, on top of the books. Still confused on that one. It’s not where I left the thing!

So… we dyed eggs. Everyone had fun. 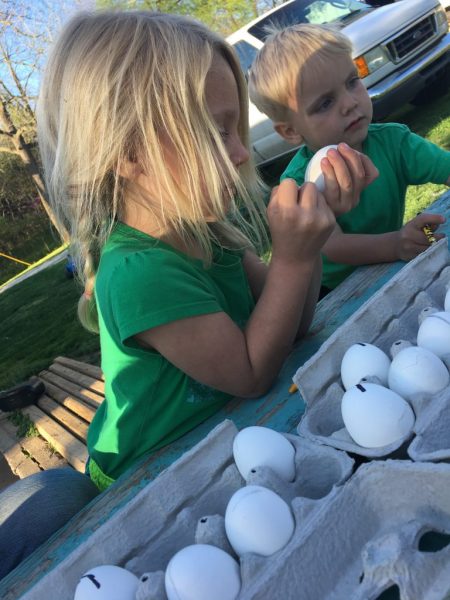 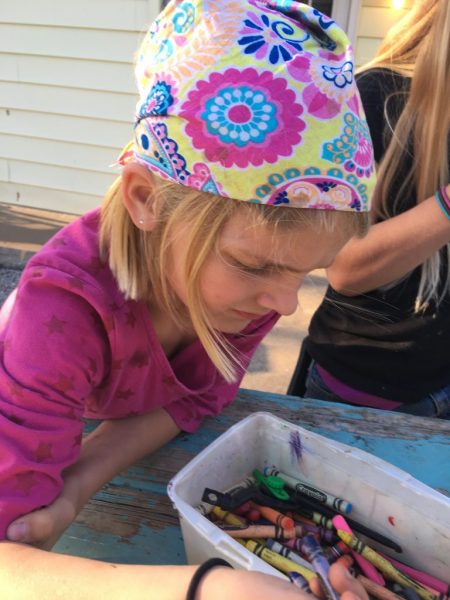 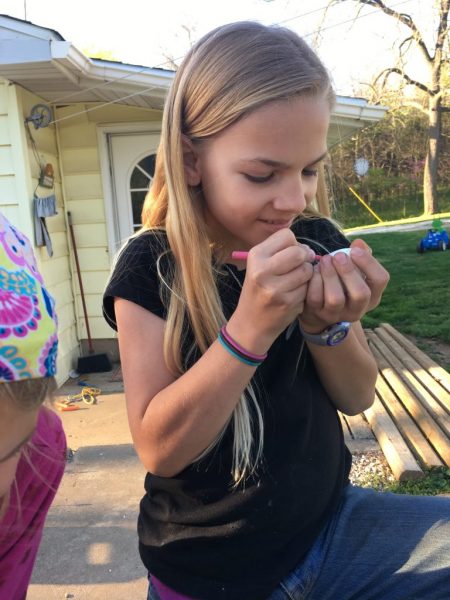 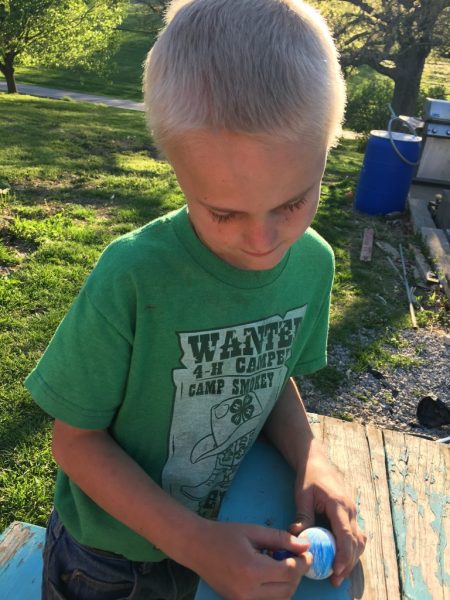 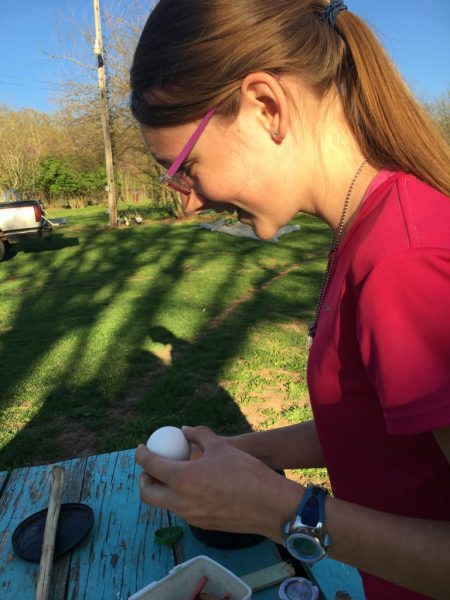 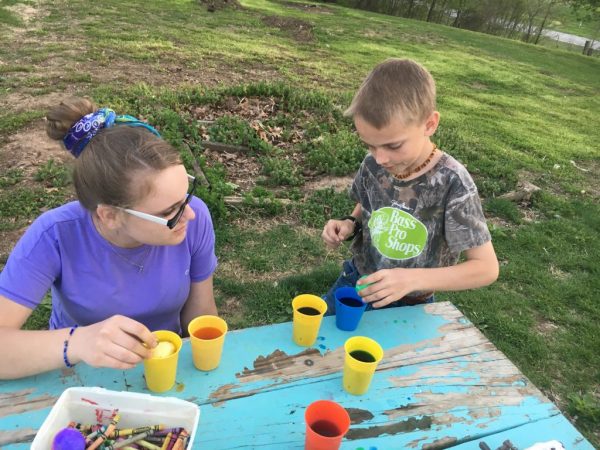 Then we dyed anything we could think of. Rocks. Paper. Fabric. Rubber bands. Leaves. Discussed porosity. Weird homeschoolers.

Last night, we attended a friend’s church. Our church doesn’t have a Good Friday service because we rent from another church that has their service in the evening, conflicting with having one. We’re used to hymns and psalms. We didn’t know all but one song. Elliot was unimpressed… loudly… at the repetition of the one song. Trust that one to voice her opinion for all to hear. Music differences aside, it was well done.

Last night, something got into our chicken coop, electric fence and all, and got half of our new batch of seven week old laying hens. So disappointing. The fence was shorting out. Tonight, Beckett is staked nearby. Hoping that solves it.

Today, we took Aggie to the vet for vaccines and a check. She’s looking so very skinny, especially as she loses her winter coat. Got her on different feed and an appointment for her to get her teeth floated. So very frustrating. She looks wretched. I despise having animals that aren’t doing well. Feels like I’m failing.