We’re getting ready to go to South Dakota. Blaine will stay home for work… and jury duty!… while the kids and I head north for two weeks. We leave Monday. Of course, I got a chest cold, then Liberty woke up and got sick in the night and now Stellan is threatening pink eye. Feels like a sabatoge on the trip we’ve planned for several months. 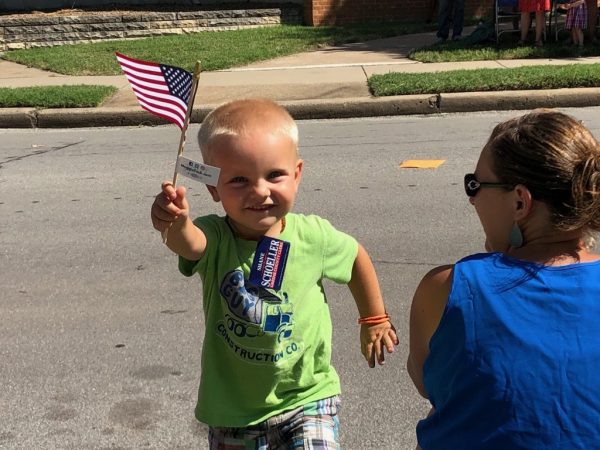 The fourth was so much fun! Blaine had the whole beginning of the week off. We accomplished a few things in the fixing and repairing department. We attended a parade and fireworks. We went to friends’ on the fourth with other members of our church. They live on the creek and swimming was the choice activity for the afternoon. And flinging Sterling into the air. That’s what happens when you’re worlds smaller than every other eleven year old around. 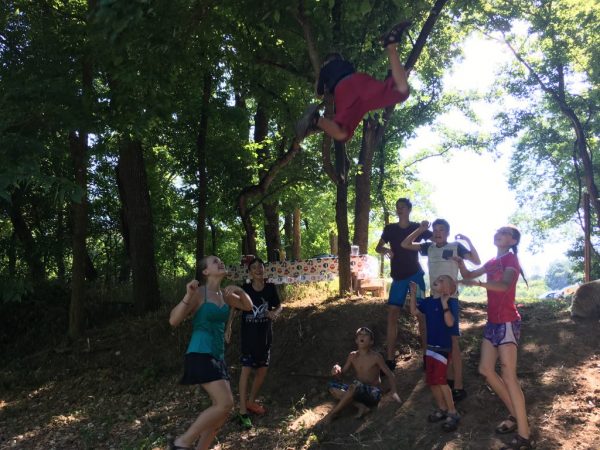 Stellan got washed down the river as I ran awkwardly to catch him. My flip flop no longer flipped nor flopped after that. Detached, you might say. Then he dropped his cupcake in the dirt. I removed the blue dirty frosting and handed it back. My hands still boast a blue frosting tinge from that rescue effort. He wanted me to save the dropped deviled egg as well. I drew the line. Then he found a plastic rocket toy and marched around calling it his “singer” for over an hour. He sang into it like a microphone at the top of his lungs.

I bought all of the kids lawn chairs days earlier – much excitement was had over having their very own chairs. Then I got to spend an hour in the dark on unfamiliar property looking for the bag that holds Elliot’s. Plotted how to sew a new one while I muttered my regret at the chair expenditure that had resulted in my having to clean up ten chairs and put them in the van while the kids shot fireworks. And then I found the missing chair bag in the towel bag – in the van. 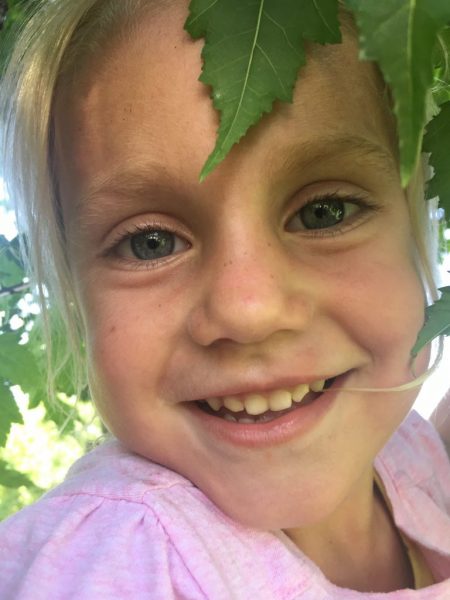 In other news, Elliot picked the top layer of paint off the wall in several spots in the bathroom. Why?!? But she’s four. So… no problem, touch up the paint. Wrong. The leftover paint – that was a mistint so no mixing instructions exist – is completelydried out. Eden tried her hand at mixing paints to recreate the gray walls.

I’ll be completely repainting the entire bathroom when we get back from my parents.

It’s a glorious life, I tell you.