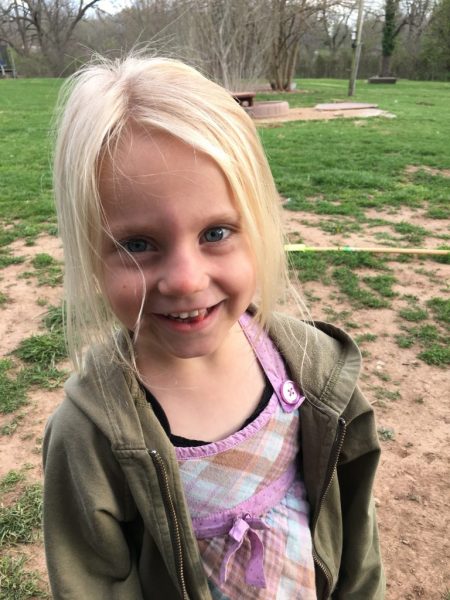 This dear girl loves life. Elliot spends her days playing “Mom and Dad” and even has Stellan convinced and playing along. Her dolls have names and ages and are loved dearly. He has taken one from Sterling’s playbook. Yes, he’ll play. He’s the dad. He’ll see you later, he’s going to work. And then he goes and does whatever it is that he’d planned to do in the first place. It’s exactly the move that Sterling pulled on Liberty and Eden way back when. 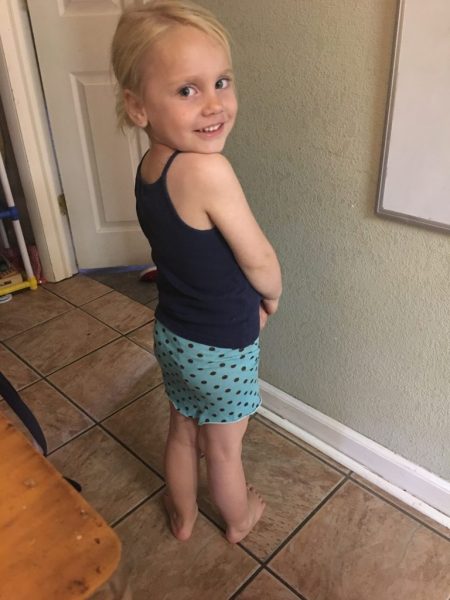 That… is a doll skirt. It is far less scandalous on an 18″ doll.

She raided her “daughter’s” closet, y’all. 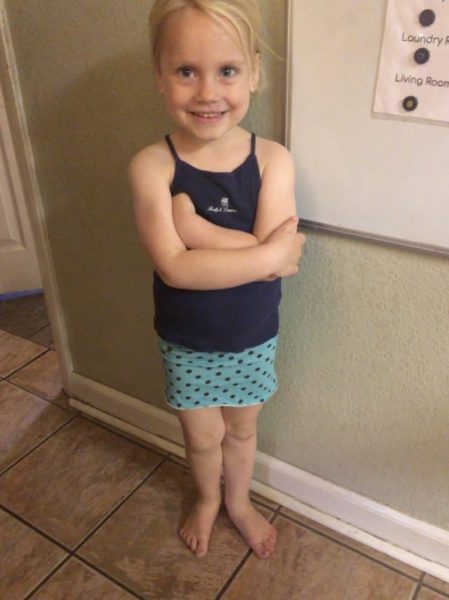 Kudos for getting into it, baby girl. I might be jealous. The only thing I can borrow from my daughter is a bra.

Now… how about some… pants?