We’ve been playing outside more, and even got out the softball and baseball equipment the other day. I’m determined that my children won’t be the awkward homeschool kids who are clueless as to the rules of the basic sports games… slowly but surely, we’re getting there. We have practically a full team, though it gets interesting when we’re playing both sides and they get the bases loaded! Too funny. I found out I am old and not in proper shape. Running bases is mean! But we had such fun. Sterling has a wicked throw, Liberty can hit the ball every time, and Pierce is determined to figure it out – every play, he asks what he should be doing next. And Aggie was determined to come and visit us, and came into our “field” more than once instead of staying out in the pasture where she’d been set loose to graze. Silly pony. 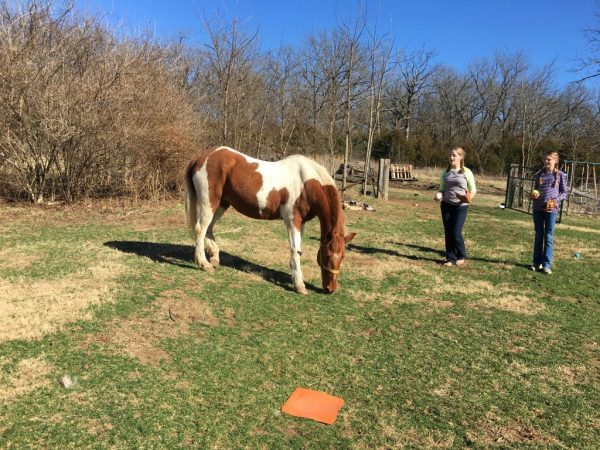 This is how the girls of a big (little) family love to get ready for church. I aim to bathe everyone on Saturday night to make Sundays easier, and the girls are forever asking if they have time to have foam rollers put into their hair. (We spent much of Saturday night outside. Can you tell?! Pink noses!) 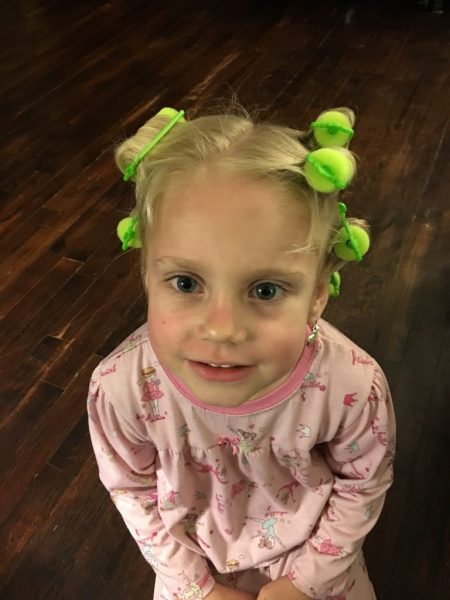 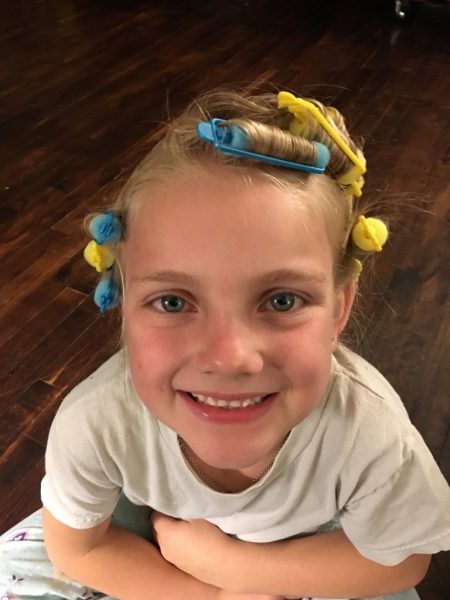 Today, we cleaned the garage. Oh my. After a brief lecture on how this was unnecessary – it’s not like we were dusting! This is a mess merely because no one is taking care of how they do things down there – we dove in and reorganized the pantry shelves and all the miscellaneous for the umpteenth time. I think that’s one of the hardest things in maintaining a large family. I cannot possibly do everything myself. Putting away groceries, getting food off of the shelves down there for me – these are things often left to children. And yet, they don’t care how organized things stay down there. They don’t pay nearly the attention to where things ought to be, opting for quick and done. Three hours later, the garage is as neat and tidy as I could make it in an afternoon.

The garage cleaning started because, in a winning-at-motherhood moment, I sent Pierce down to feed the rabbit and the chicks and he came back up with a worried look, saying the rabbit was not moving, and was laying kinda odd… oh boy. RIP dear rabbit.

Funny thing is, last week, Ruby was asking last week if she could sell her bunny. She was tired of chores and after the first one died not long after we got them, the other became as persnickety as can be and he wouldn’t let her hold him. It was just chores. Since he was given to us, I told her selling wasn’t an option, but perhaps she could find someone who would love him. When he was found dead, her concern was momentarily wondering what on earth happened to him… followed by her asking if she can sell his cage.

I’m not sure if I should appreciate her entrepreneurial spirit or cringe at her lack of decorum over a dead pet.

And so, with a tragic turn of events that’s probably bothering me more than any of the kids, our pet count dropped by one. Meanwhile, 34 baby meat chicks are making the garage their home right now. This brings the chicken count, until they are grown and filling my freezer, anyhow, to 48, along with two dogs, a cat, four goats, and a horse. Chaos continues. 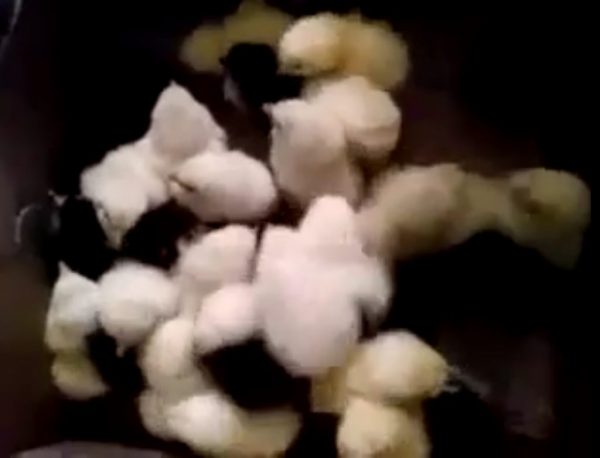