And… they’re all in bed. Finally. It’s been a day. Every once in a while, we have one of those days that is overwhelming and awful and there’s too much to fit in the amount of time I have before me and I have stalling, uncooperative children – and it all adds up to one wretched day. Today was one of those. I spent much of it working with two dear children who hadn’t redone their math in a while and it added up to an awful day and still has portions incomplete. One dear soul didn’t start a science report until today, despite having nearly a month of warning. It’s due tomorrow.

I want to think that it’s teaching them accountability and perseverance, but try as I might, I can’t them past this. We land here regularly. It’s one of the hardest parts of raising a large family: things can slide between the cracks and once I catch them, it’s torture to fix it. 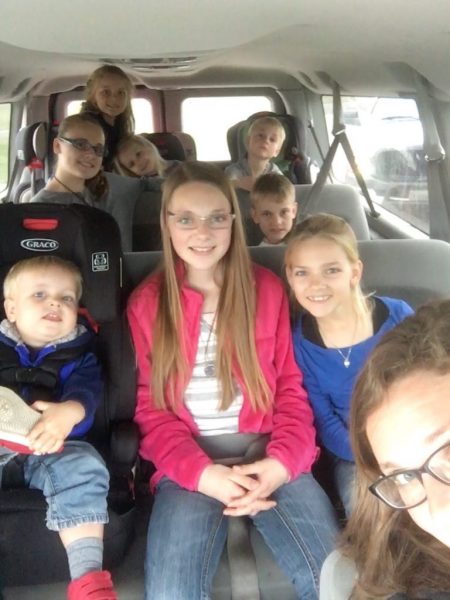 Blaine has traveled for work two weekends in a row. We took this photo while we were waiting at the airport for him. It’s been a rough couple weeks. 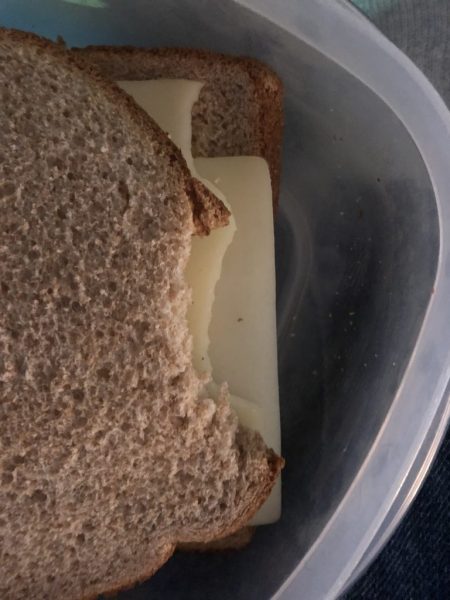 Blaine sent me this photo of his lunch one weekday after he got back. Upon some questioning, I learned that Pierce had made the sandwich. He found the bread with the bite out of it, so he bit the Swiss cheese slice in an effort to make it all match.

It’s the thought that counts? 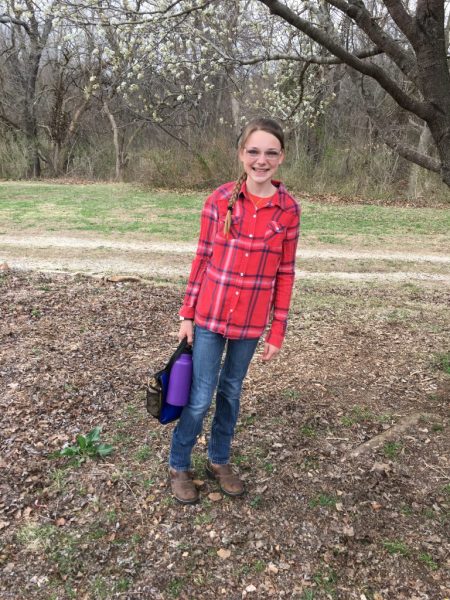 Liberty started her first job last week. She’ll work at a stable nearby in exchange for riding lessons. She’s wanted this for years and is so, so excited. Aggie has her issues and I have a feeling much of the issue can be attributed to user error. This should help. 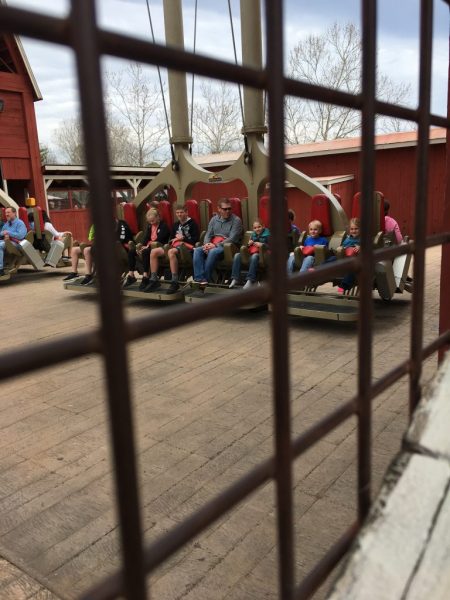 One day when Blaine was headed off for another trip anyway, we headed off to Silver Dollar City. This is the photo to mark the moment I was seriously rethinking my having allowed Ruby, Pierce, and Charlotte to climb on the Barn Swing ride. While they are tall enough, they look awfully small in there. I thought I was about to watch them fall to their deaths. No one died. I might have aged thirty years watching that two minute ride though.

The end of the school year cannot arrive soon enough. We’ve counted and recounted lessons and it’ll be mid May before we wrap things up here. So very normal, but we’ve finished earlier some years. I was hoping.

Highlight of the day: Finding an entire tube of aqua green toothpaste smeared across a ridiculously large percentage of the bathroom. The bin of Q-Tips, filled yesterday, so a full 500 cotton swabs, mind you, was spread far and wide in the mess of paste. A close second in the best moments of my day was when Stellan climbed up the shelf to find fingernail polish. He painted his “hum” (thumb) remarkably well… on his right hand. I might have an ambidextrous one taking after me yet, after seven kids who definitely have their father’s right handed trait. Miraculously, he did not make a giant mess of the nail polish. But the toothpaste, on the other hand – my bathroom smells minty fresh.

This parenting gig is not for the faint of heart.