Earlier this week, mid-school lesson on the couch, a bird flew into the living room window. It lay in the bushes in front of the house, not moving, but alive. Sterling decided to see if he could rescue it. 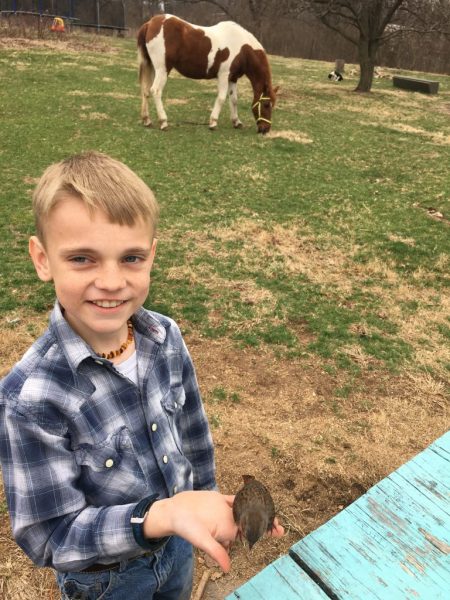 After holding, encouraging, classifying, and finally warming up the little thing, two hours in, he started perking up. He quickly escaped the cage we’d attempted to keep him in so that he wouldn’t be flying around my house. Liberty scooped him up and took him outside and let him go. He flew away. It was beautiful. Or, at the very least, he wasn’t dead and I didn’t have distraught children who had attempted to save the thing. Sure beats him becoming cat food, because that’s what I thought was going to happen. 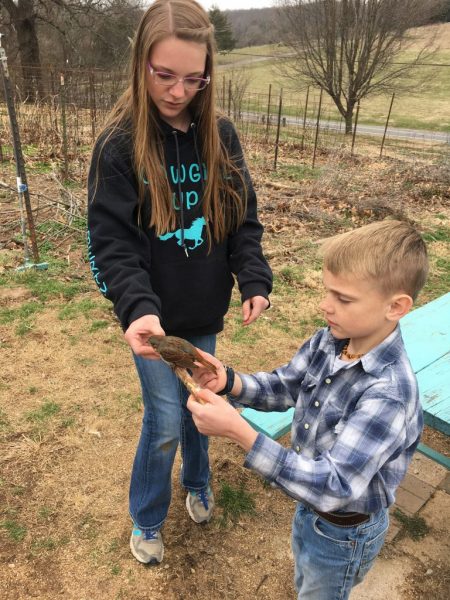 Pierce got out his science book and tried to learn anything he could to help us in our reviving efforts. So… can this count as science?!