Liberty spends as much of her days as she can get away with in the barn these days. She had to write a report for her Spanish class on her family. Aggie and SoDak made the report, front and center. 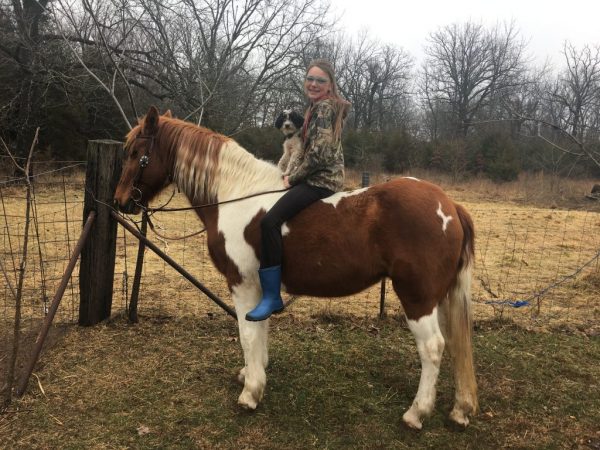 Blaine’s parents and one of his sisters visited this past weekend. They stayed in a motel…. with a pool. We got to go swim once. So fun! It was a fun weekend and now… I’m still trying to play catch-up on chores and school. Apparently I pushed too far because I’ve spent the day on the couch. Bleh. So much for catching up. It’s hard to be sick when there’s much to do and failing to do it means it all falls apart in rapid fashion. 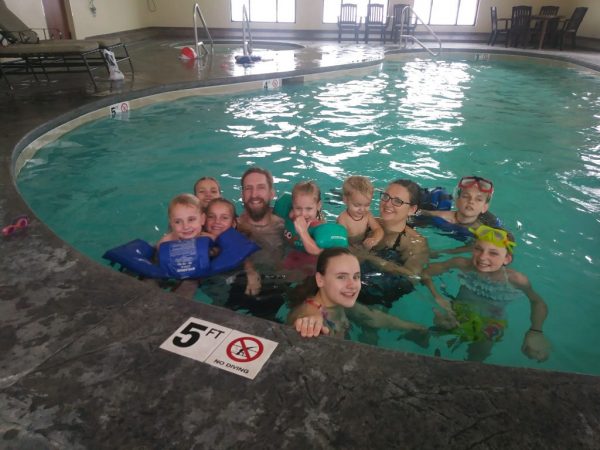 The kids have had a great time with all the snow we’ve gotten this week. They recruited Aggie to pull the sled and have had a blast.

At any rate, that’s what we’ve been up to. School and life march on, potty training is in full swing but by no means accomplished, Aggie is nothing but thrilling still, and there’s a hay bale on the back of my husband’s pickup because he can’t make it up the hill to the barn with it. It’s super classy to take a large round bale to work and church, right? Thought so. Such the life.