Today Stellan turned two years old. It’s the first second birthday I’ve ever encountered in my child without a newborn in my arms (or in the case of Charlotte and Pierce, a one year old) or a looming due date. I felt like I ought to be sad. But I wasn’t. So strange.

We began the day with puke. Actually, we ended yesterday with puke and it continued in my two oldest all night long without my knowledge. Another strange moment: sick children who don’t come to me with their illness, but instead shut my door so as to not disturb.

By the end of the day, all of the kids but Elliot and Stellan were vomiting. I’m loaded up on charcoal and essential oils in hopes that the rest of us don’t join their ranks. This one seems to move quickly at least. The little ones are already perking up. It hit the older ones harder. They’ve had it the longest and are still exhausted but no longer sick. Such misery. 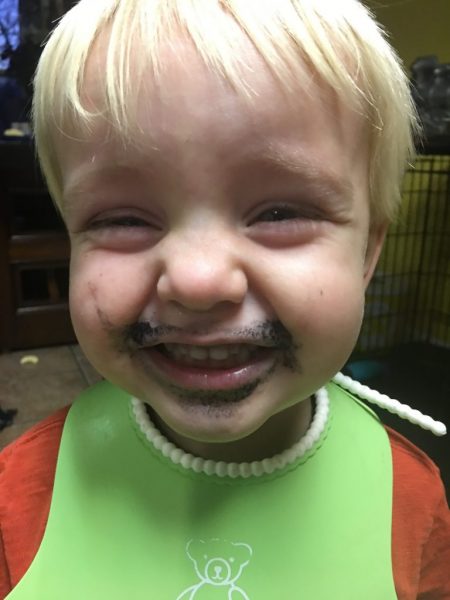 Stellan’s cake was baked by a child and it flopped, so take two was planned and then postponed until children are well enough to enjoy it too. He doesn’t care. He had a fabulous day and enjoyed his gifts thoroughly. He’s a love, he’s a clown, and he’s potty trained! Such the package deal. I’m so thankful that God gave us Stellan.