The two oldest girls went off with friends today, so I planned a trip to the zoo with the little six. We walked the zoo for four hours. I hit 10,000 steps on my Fitbit by 2pm. I. Am. Tired. Also, the term glutton for punishment comes to mind. 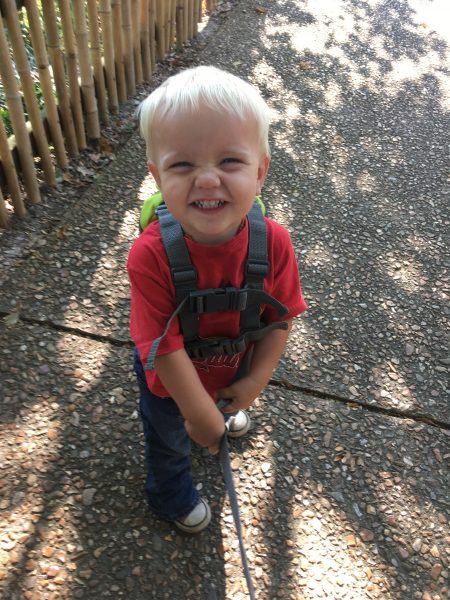 I have given in. Stellan is the proud owner of one froggy backpack leash. It worked great for about an hour. Then he sat down in the middle of the path between the goats and the emu pens and declared the absolute control I possessed over his movement to be unacceptable. Game over, and yet. So much more to see. And so the fun began.

About that time Sterling commented that the leash, while effective, kind of makes it look like I cannot control my children. To which I, in a very adult moment, told him I clearly hadn’t taught him to control his tongue so obviously he was correct.

The day went downhill from there.

I finally won the battle of wills when I tied Stellan on me into the wrap, forgoing the leash, and he went to sleep. Boy knows when he’s pushed too far, apparently. 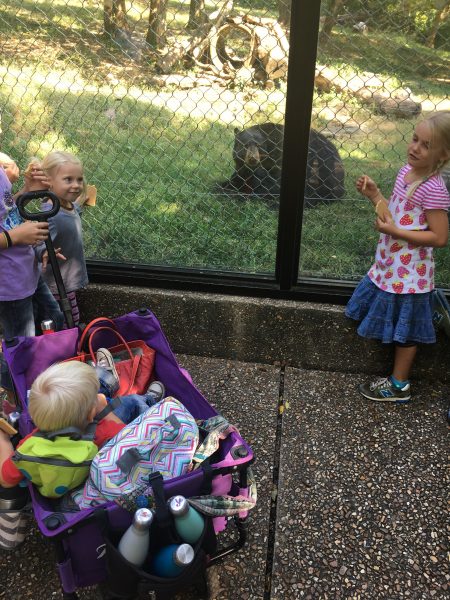 The bear was remarkably close. Blaine thought he must be intrigued at seeing Stellan in all his cranky glory. It’s like seeing a long lost cousin. Cranky bear, meet cranky baby. You can be friends. They just sat and stared at each other. Finally, Stellan growled at him. So glad that running into a bear in the wild isn’t a danger here. Stellan clearly hasn’t learned proper bear etiquette. 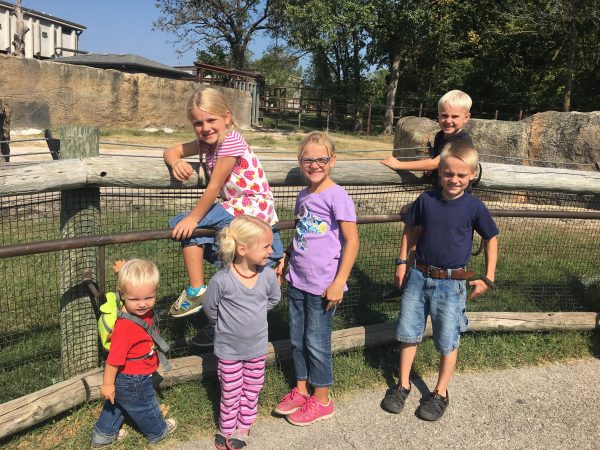 I decided I needed a photo of the six. An elephant was behind the crew mere moments earlier but I did not get everyone situated quickly enough. She took one look at my crew and hightailed it for quieter ground.

I got home and set kids to school, got them what they needed from me and went to make supper. I clearly did that very well too because Pierce asked me to get him up at 6 am to finish his school. Umm… everyone else finished. What does he have left? Everything. He finished nothing but the spelling test, because he can’t walk away with that assignment, get distracted, and forget to finish.

Some days, you just can’t win. Today was that day. So I dished up ice cream after supper, made Pioneer Woman’s caramel sauce for the top, made extra for tomorrow’s coffee, and just like that, I was the hero once more. And tomorrow has the promise of a brighter day. With Saturday school… and caramel sauce in my coffee. ‘Twill be grand.