We’re home again. Eden, Sterling, and Charlotte stayed in South Dakota with my parents. Next weekend Dad will bring them home and take Liberty and Ruby back with him for their turn.

My house is quiet. And messier. I left behind three capable children but none of my mess makers. Fun times.

While I was gone, Blaine, and only because he loves me, pursued a Craigslist ad for a German Shepherd puppy I found. I’ve been looking for awhile, and of course the perfect one came up while I was 650 miles away. Her name is Beckett, Beck for short. She’s a couple months old, just shy of 20 pounds, and has more intelligence than any dog we’ve owned. She’s perfect. 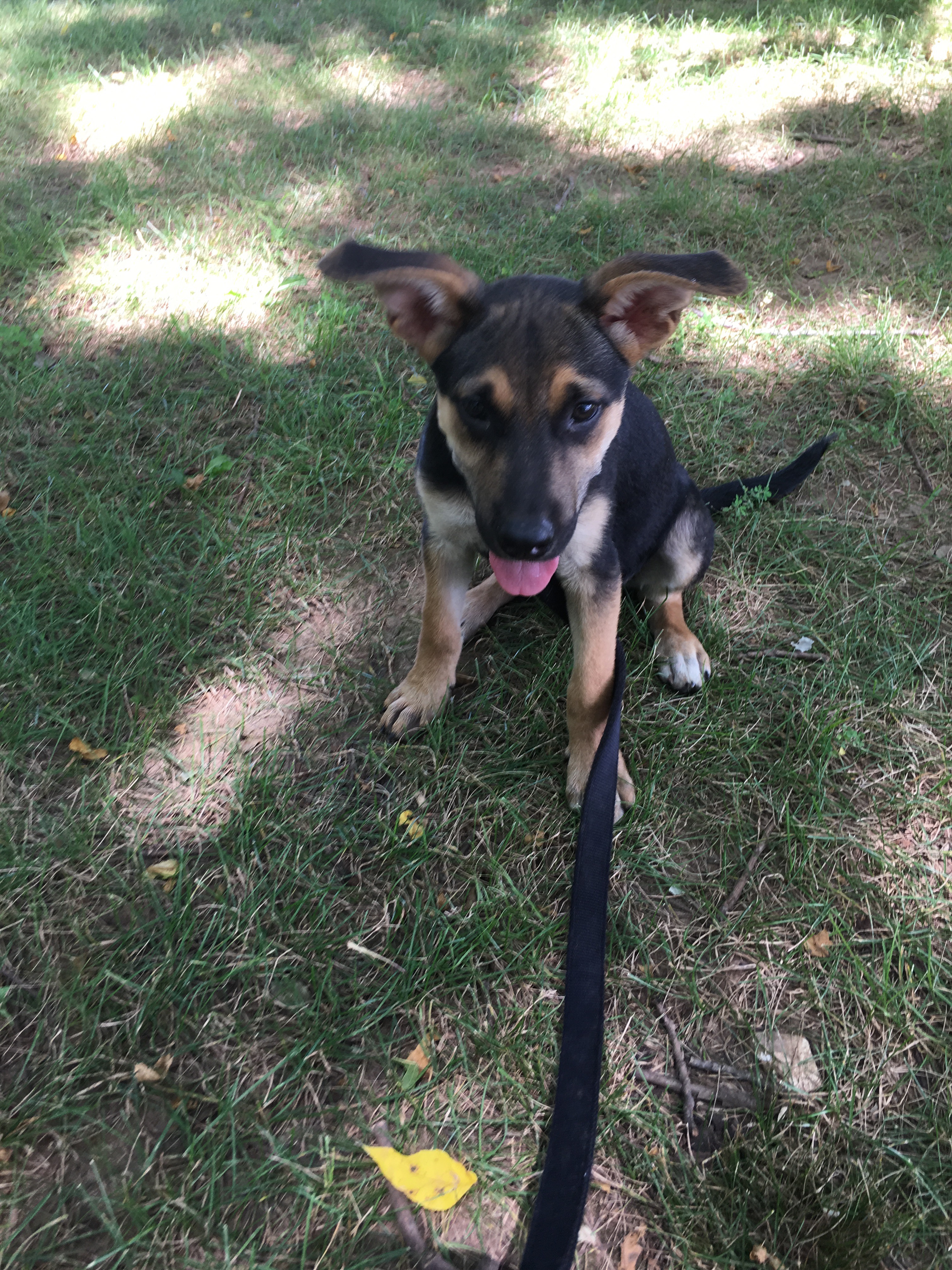 I’m also dog sitting, if that’s a thing, for a Great Pyrenees/Anatolian Shepherd cross at the moment as well. Or, according to Elliot, a sheep. She’s a big fluffy thing with the softest coat who needs to learn a few manners to be completely endearing to my children but she has made friends with Beck. I imagine she’ll be sad when it’s over. Pierce, however, might not be sad. He tries to feed her and she tries to jump on him and wrestle him to the ground. It’s these sorts of things that help build character, I keep telling him. He seems unconvinced. There’s a similar tale of the summer in junior high that I raised pigs that also tried to knock me flat when I fed them. The memory rings in my mind when I tell him he’s building character and calls me a liar. I took pity on him and did it myself this morning though, and I think he was disappointed. He likes being big man on campus, doing the tough jobs. 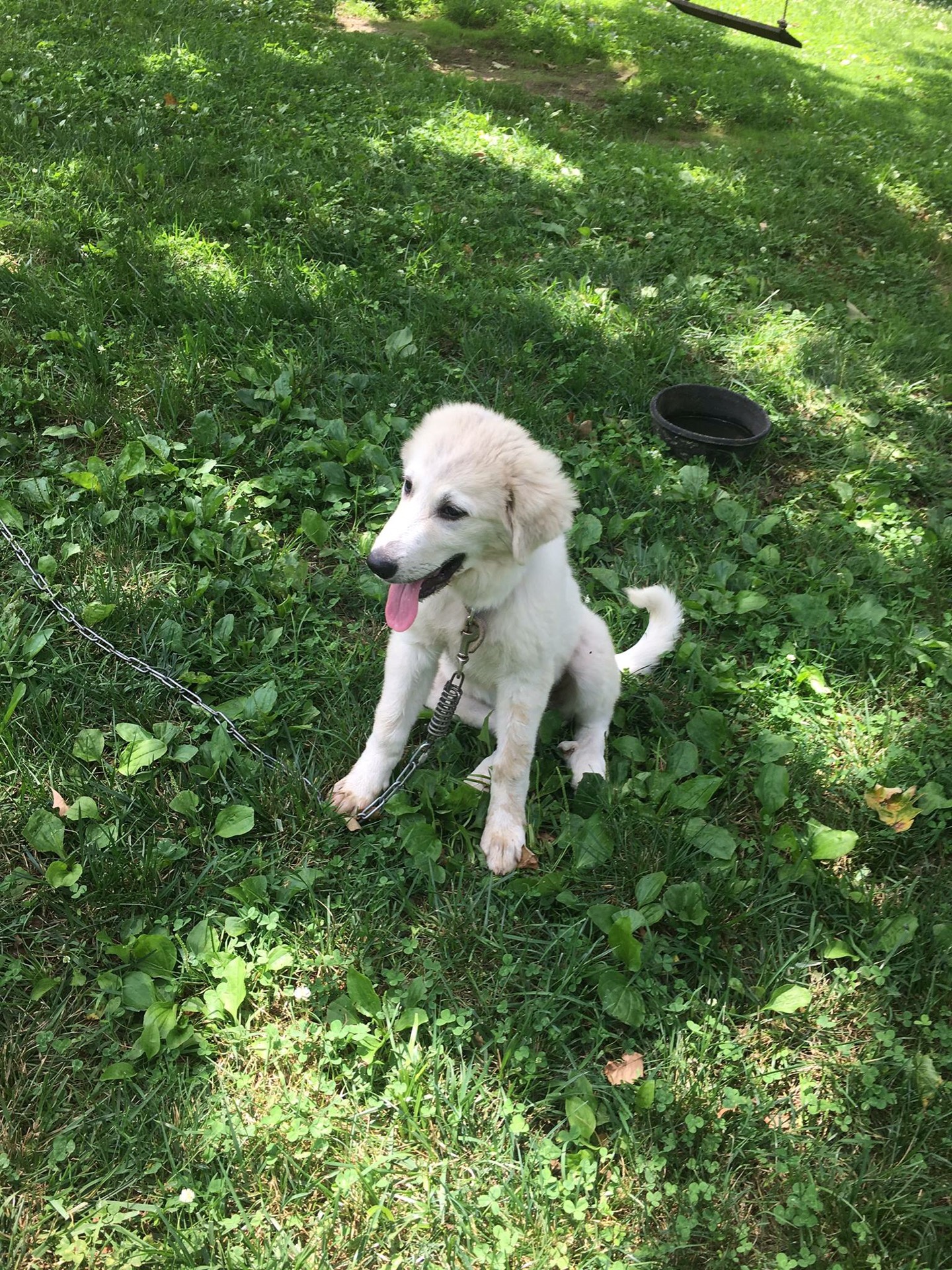 This is the face of the boy who got told to spit the dog food out. He cried for ten minutes. (It’s also the face of a boy who face planted on grandpa and grandma’s sidewalk. And yet, he cried harder and longer about the dog food.) 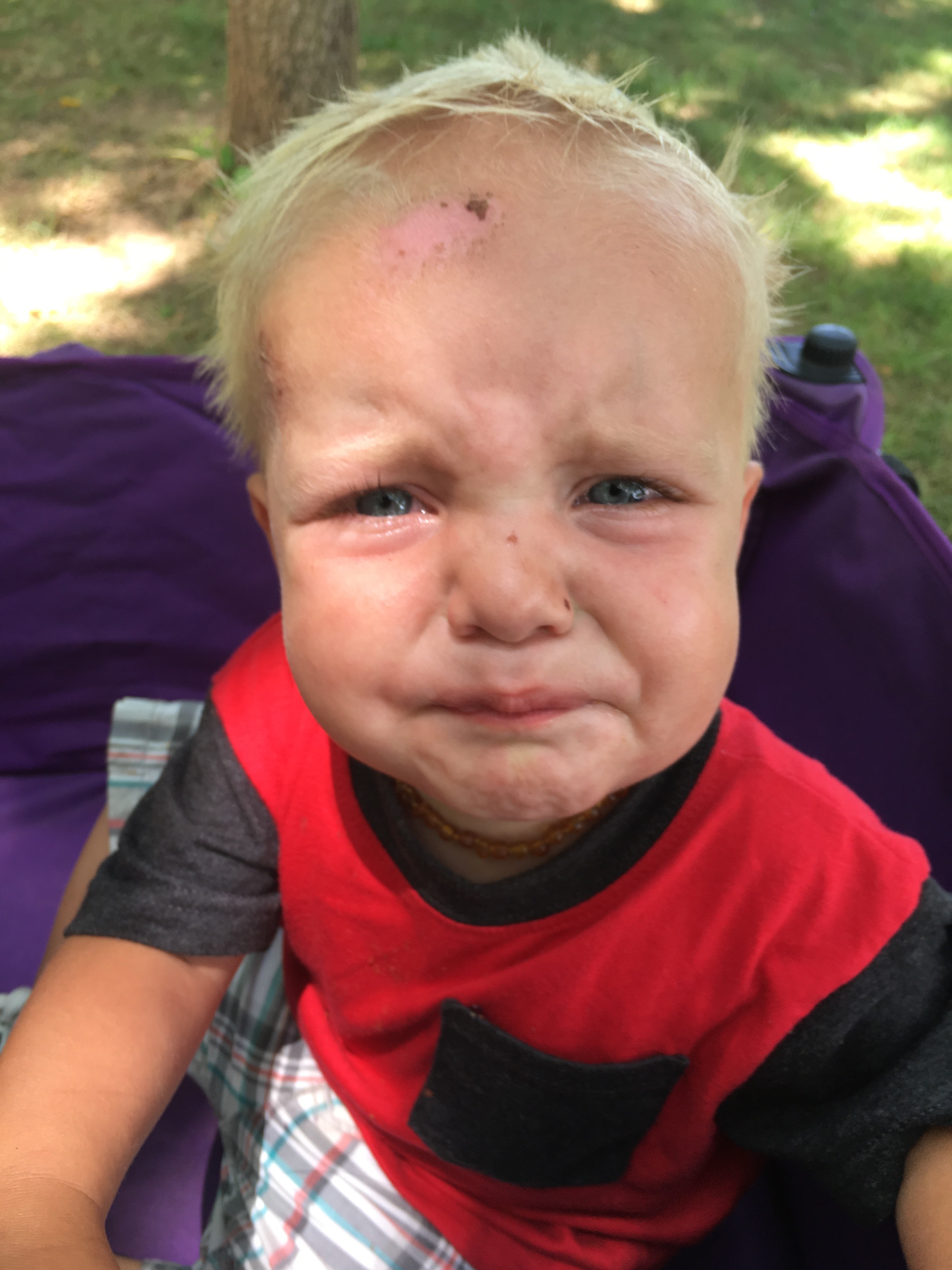 We took Beckett on her first walk with a leash. I thought I’d aim for rewards her first time out and walked her to the river. 1. She loves to swim. 2. So do my children. 3.  Why didn’t I think of that? Amateur move. So… they swam in their clothes. Except Liberty. Because she’s 14 and far too old for swimming in her clothes in the river. 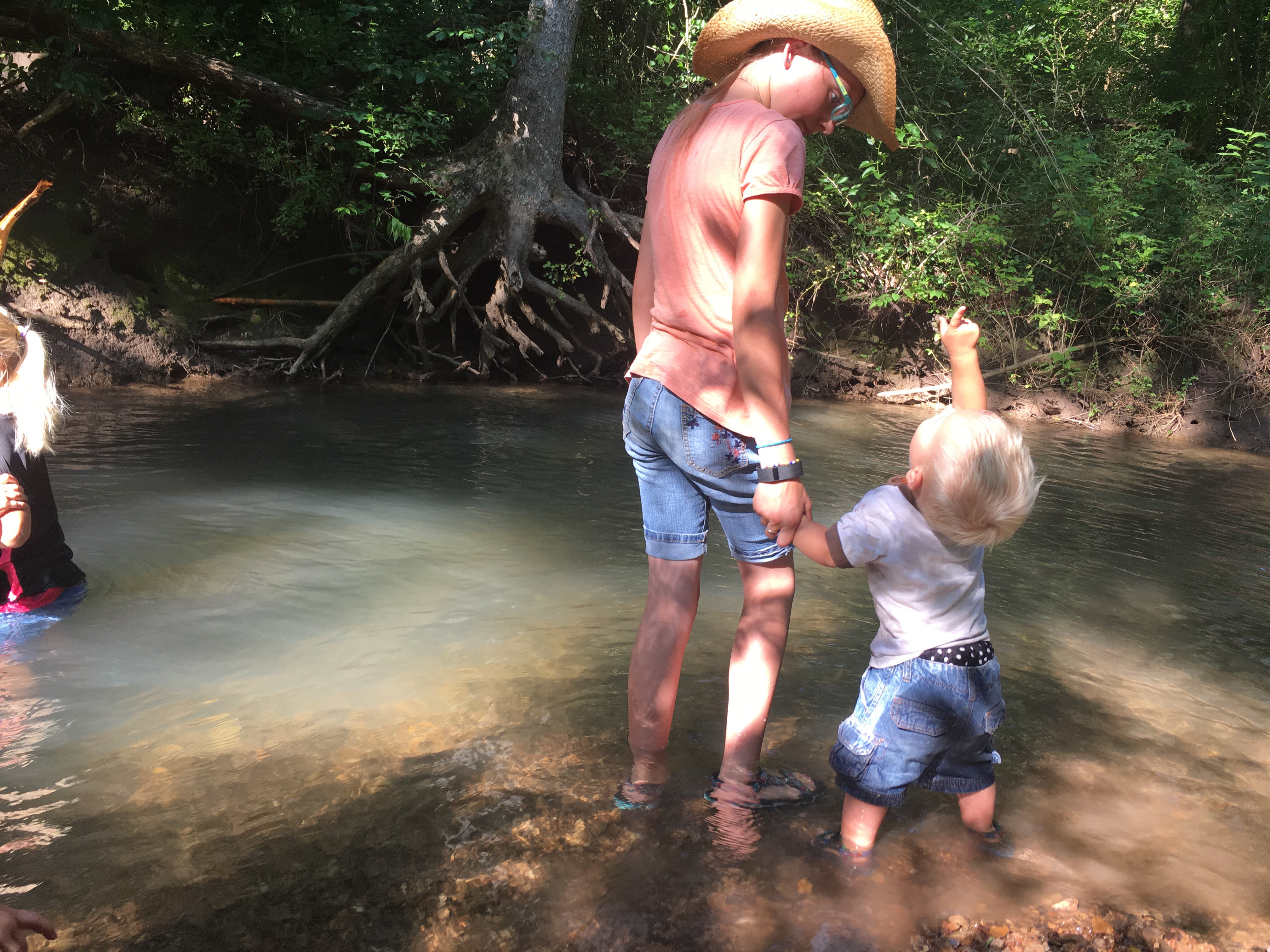 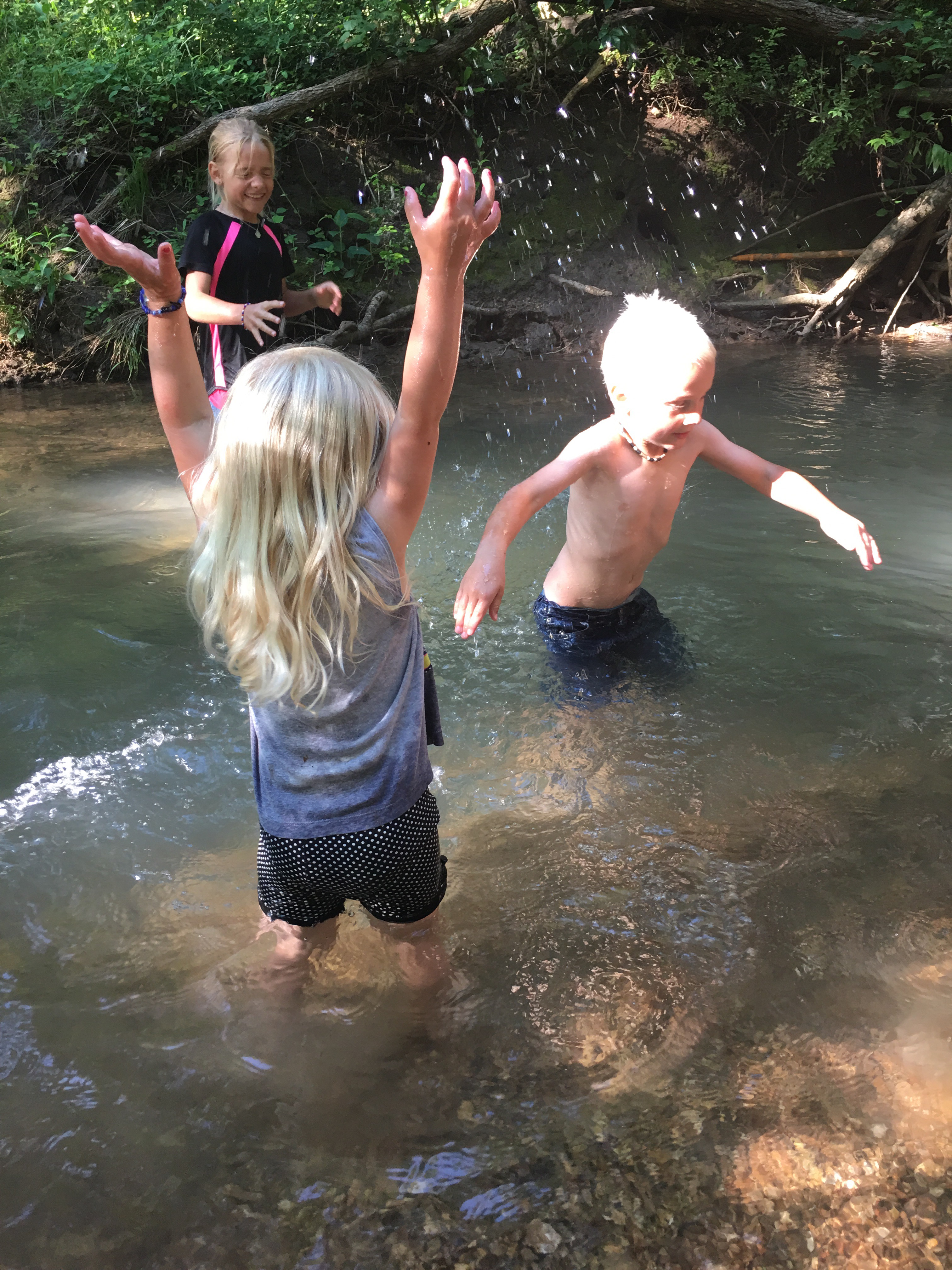 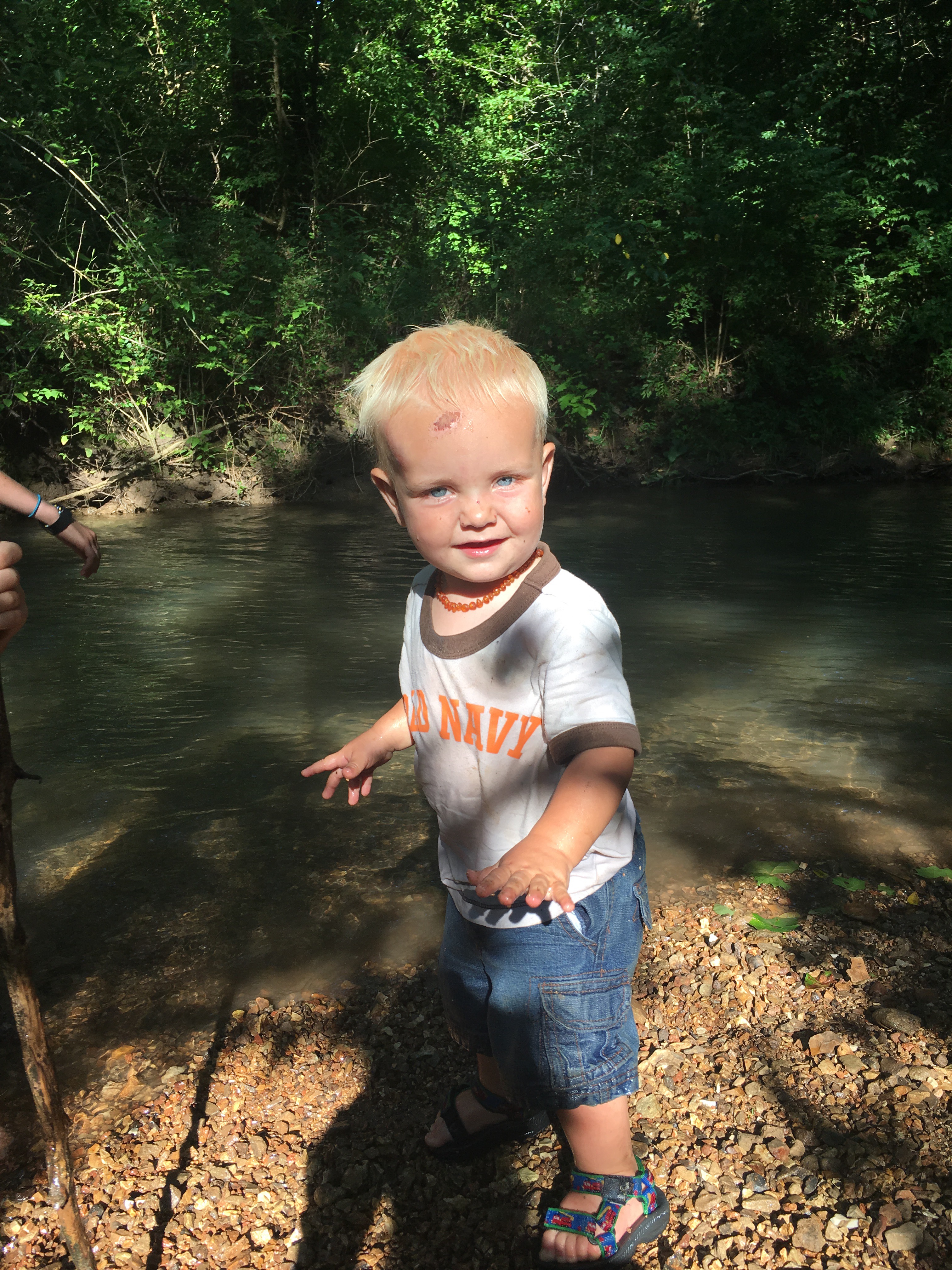 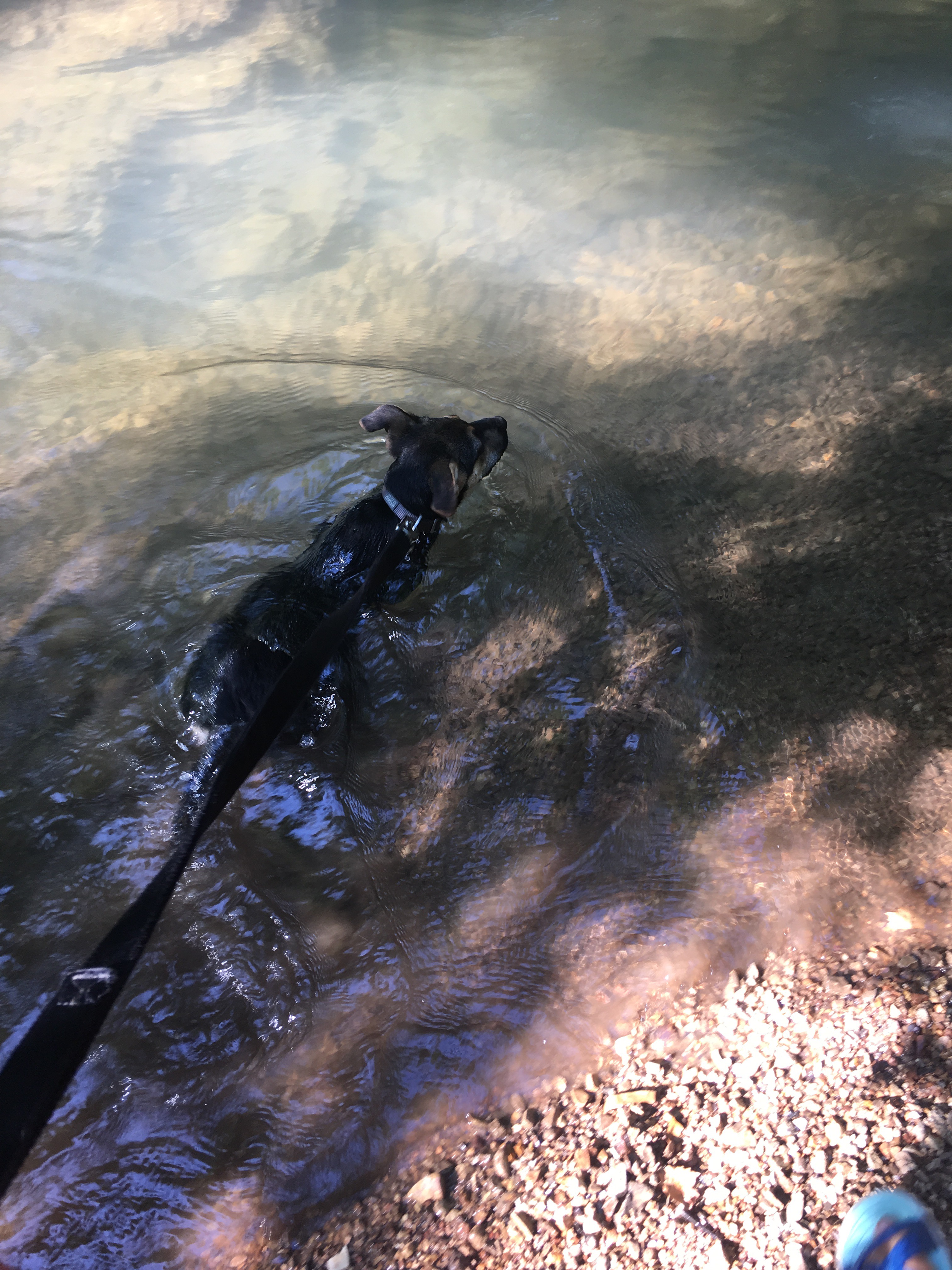 It’s been an interesting week. I can’t count kids correctly and feel completely out of my element. My kids all have a “buddy” they are, at most, 22 months, and at least, 12 months different in age from. One kid from each of the three older sets is missing. At one point Ruby and Liberty were also gone and it was just me and my three youngest at the grocery store. We got more comments. We looked normal. All three littles “match” with their white-blond hair and are pretty evenly spaced two years apart. It was comical. So many comments… just nod and smile. And remember the days of shopping without stopping to pee because that would mean taking three children into the stall with you. Fun times.