After a week of colds followed by a week of adenovirus – a cold that hasn’t learned boundaries – we’re finally well. Stellan’s eye maintains its boogies but that’s normal for him, so we’re going with it.

When the doctor says “It’ll be gone in four days,” take it with a grain of salt. Eight children means they will pass said virus, cough, sore throat, eye boogies, congestion and all, back and forth enough that they’ll reinfect the well ones, ad nauseum. Welcome to one of the joys of having many children. The littles and I missed two weeks of church, the bigger ones missed one week, most missed two weeks of co-op, and we went through every box of Kleenex in my stockpile in the process.

And yet, Blaine and I didn’t get it. Hallelujah for that. 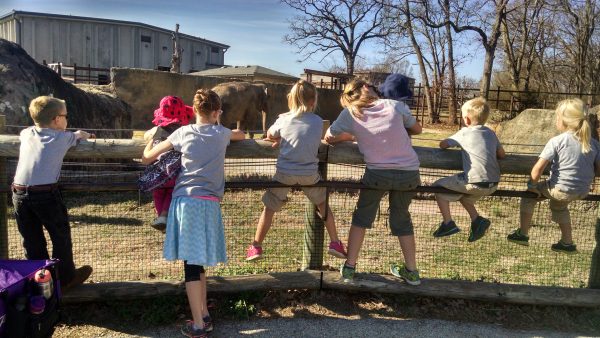 Wednesday, when everyone was feeling better, we went to the zoo. We a needed to be reminded there was still a world out there.

Thursday Eden had her scoliosis check up, where we heard the words we’d hoped wouldn’t come. Her spine’s curve has gotten worse, and it’s time to put her in a brace. She was casted for it Thursday and we’ll get it next month. It’ll go under clothes, is minimally noticeable, and has to be worn 20 hours a day.

I’m still processing that one. Pretty sure Eden is too. We had plenty of warning that it may be coming, and yet. She’s looking at needing it about two years likely. Stink.

Oh, and Stellan loves the slide. I’ll attempt to embed a video from the zoo playground…