Saturday was Ruby’s 8th birthday. She breaks my “first five of the kids all look nicely spaced” run each year. We go from 13, 11, 9, 7, 5… 4, 2, and a baby to a free for all. Charlie turns six in a couple weeks and Pierce will be five the week after that. I can only pretend they are so evenly spaced for so long before the normal chaos that is breaks loose and flashes our crazy to the world.

All the photos from Ruby’s day are on Blaine’s camera. Imagine that. I don’t have them. 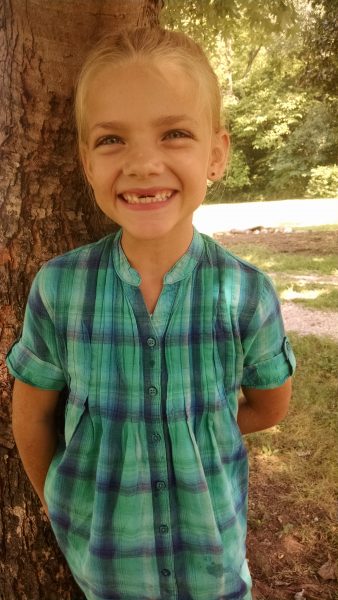 She emailed me the week before as I was preparing my grocery list with her birthday meal requests. It’s a weird world, this kids-big-enough-to-email thing we have going on. Oh my. Her list of requests were:

My grocery budget may have groaned. She even offered that part of her birthday money contribute to the food. Uh, no. But that was sweet. Ruby’s famous – or infamous – for her birthday food requests. A quick search says I never wrote about the chocolate cake with hand dipped strawberries she had me make one year. I cooked all stinking day for that thing. It still gets talked about as the fanciest, most labor-intensive cake I’ve made to date. It didn’t even taste that great either. I’d rather attempt to decorate a Care Bear cake than make another of those strawberry decorated ones – and I’m pathetically bad at those. This year, I made the pound cake, the pie crusts, and the soup on Friday in an attempt to not spend Saturday cooking… and because she wanted to go swimming on her birthday.

In the end, Saturday was cool so we went swimming on Monday instead. It was the very last time the pool is open for the year, and, sadly, the very first time we went to the pool this summer. I’m not sure how that happened. We swam at the lake when we camped, but that was it. Sterling is finally tall enough to go down the slide this year – which means Ruby is too, since she’s neck and neck with him. Ruby wasn’t so thrilled with it though. Sterling, on the other hand, went down dozens of times. He’s waited for this moment for a long, long time. Elliot is nervous around the water, especially anything that threatens to splash her face. The little fountain in the kid’s area challenged her. She won… she’d head for it, then stick one butt cheek in the water, and grin in triumph. Sprinkler: conquered. Backside first. Stellan loves the water – and then fell asleep on me while I was walking around the pool. Apparently being carried around is completely exhausting.

After the pool, we went and got ice cream. Our free ice cream coupons from the summer reading program at the library expire soon. It was a fun day of wrapping up summer. Strange to think how fast it’s gone, but fun nonetheless.