The Review Crew had the opportunity to review one of four FlipStir Puzzles from Enlivenze LLC recently. I got to choose from Rainbow Pencils, Tyrannosaurus Rex, Statue of Liberty, or Solar System. Since we’re currently doing Astronomy right now for science, I asked for, and received, Solar System.

The FlipStir Puzzle is a concept different from anything I’ve ever encountered. The puzzle is entirely contained inside a sealed plastic tube, and inside the tube is a metal stirring stick with a plastic foot on it. (So glad this is a metal stick – I feared plastic and breakage!) The idea is to to stir, shake, flip, and whatever other moves shy of breaking it open that you might need to accomplish to get each of the ten pieces to line up in the proper order. There’s a diagram on the bottom of the tube to remind us the proper order of the planets, but that’s hardly cheating… it’s a lot of work! I did it once for my kids just to prove it could be done, and Sterling (9) has defeated the puzzle… the others have fought and lost more times than not.

It’s a little bit like torture. Think Rubik’s Cube, except slightly more doable. At least you know the basic concept from day one! It’s addicting and frustrating and oh so simple all at the same time. More times than not since it arrived I’ve heard plastic rattling from the back seat in my van, only to realize someone is yet again trying to beat the FlipStir monster. Someone always grabs it. It travels fabulously well and gets passed around liberally. 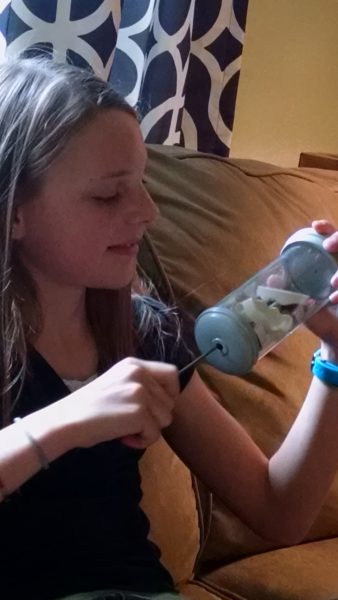 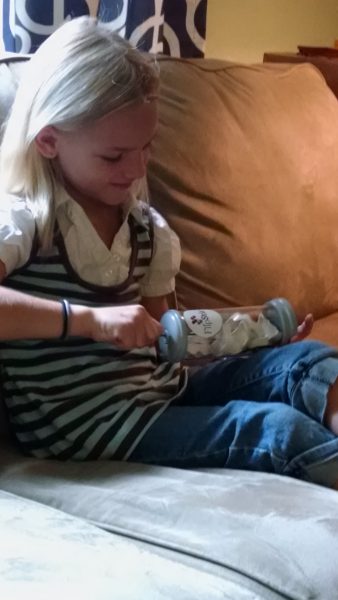 This has been solved by my nine year old son, but no one younger than that, though my five and seven year old girls have taken their turns to try. It’s held up beautifully to seven of my children messing with it often and traveling with it regularly. Let’s be honest, it’s probably been stepped on a time or three. It’s not broken. That alone speaks of it endurance! It’s tied in beautifully to our Astronomy study and helped us learn the order of the planets we’d already been working on. We’ve been nothing but pleased!

The FlipStir 3D Solar System Puzzle is $24.95 here. They also have four other FlipStir Puzzle options listed on their website.