Southwest Missouri in July is not my favorite time. I finally gave in this week and turned on the air conditioning. Dry heat, I can do. Even ridiculous heat, I can tolerate. But my floors were wet and slippery from the humidity accumulating on the still-cool from overnight floor. I could practically see the mold spores plotting against me. I just can’t. 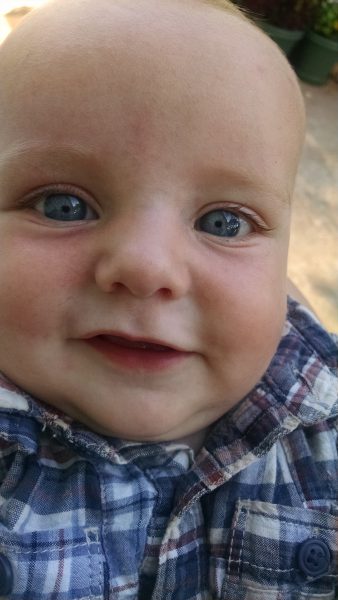 Just like that, our evening meal on the picnic table got moved indoors. The kids’ playtime suddenly moved inside. Books are officially at the top of the entertainment list. The computer even seems happier with the cooler indoor temps.

Just don’t talk to me on the day the electric bills arrives. It’s not going to be pretty.

Charlotte has announced that she wants a fingernail file for her birthday. The girl who loves to clean out her nails and always gets blamed for when I can’t find mine wants one of her own.

I went to visit a friend in the hospital with a brand new baby last night. All six pounds of a baby – a full pound and a half smaller than any of mine, and three and a half pounds smaller than my largest, he’s the itty bittiest thing I’ve ever held. I had a moment, looking at the moose that is Stellan, and wished for the newborn days again. I don’t think I’ll ever tire of those. Eight  newborns later, only five months from the last time, and I still miss them. 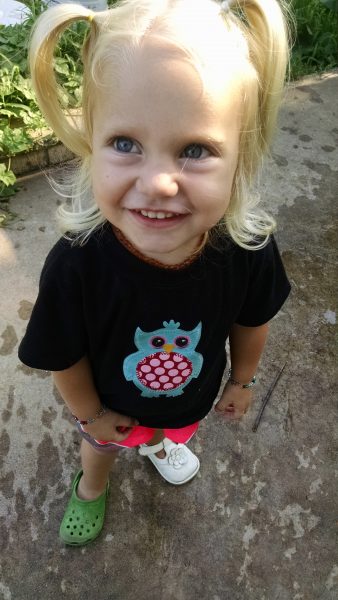 What’s wrong with this picture???

Elliot’s new phrase is “I have no idea.”

“Ellie, what do you want for lunch?”

“Ellie, do you want candy?”

Playing dumb clearly only takes you just so far. Even Elliot knows this.

Stellan tried rice rusks for the first time today. He wants to eat so bad, I decided to try them. Pretty sure he approved. I typically wait until 6 months, then start with large chunks of meat for them to just gnaw on, but this boy is anything but patient. I’m going to have start him on foods, I think. He’s desperate. 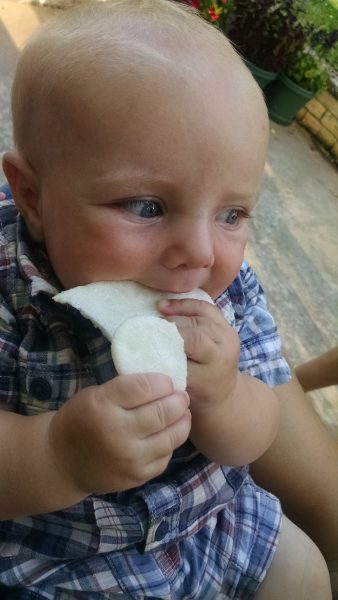 Motherhood has been difficult lately. Stellan is so unsettled, and nursing has become a battle. He cries before, tosses and squirms and kicks during, he cries after, and then he’s happy as can be until it’s time to eat again. You’d think I’d have a clue after a few years experience, but I’m at a loss for how to make this better. It’s been exhausting. All I know is he’s growing and changing and such a love… when he’s not eating.

Thus, the food. Maybe it’ll help. My nerves need it to help.