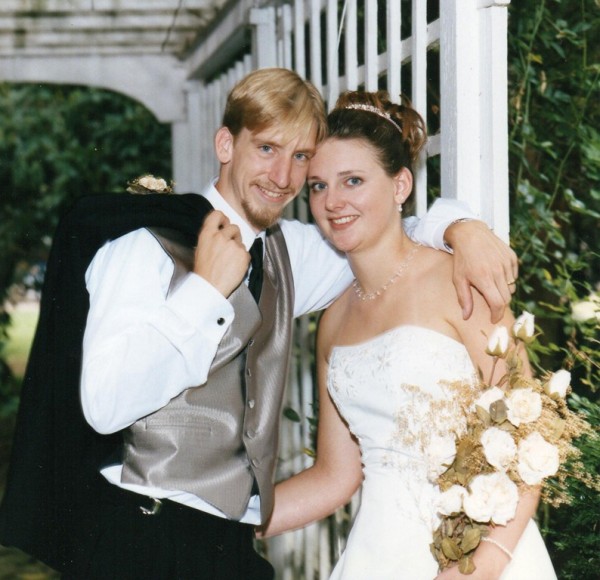 Thirteen years ago today, Blaine and I were married.

It’s been the happiest, craziest, most stressful, shortest, fullest years of my life.

The first two years were, honestly, awful. I spent the first nine months pregnant and horribly sick. I had massive amounts of growing up to do. I was 18, Blaine was 25 when we married. Liberty was born 9 months 5 days after we married, and she was the screaming-est baby ever. Stress upon stress. We moved three times, once halfway across the country. We fought. Oh my word, we fought.

But. We got past it. We started to see the reasons we’d chosen one another in the first place again. Life got slightly easier. My second pregnancy wasn’t nearly so awful as the first, and Eden was a far happier baby than Liberty had been.

We moved again, halfway across the country. Again. God had  alot to teach me on depending only on Him and my husband. I watched my husband sacrifice for the girls and I, working two jobs at opposite ends of the day, trying to make ends meet. We had no one but each other, knew no one in a strange town.

Life hasn’t turned out anything like I’d imagined. But. I’m so thankful for this dear man by my side, the children he’s given me, the crazy life we have. Thirteen years later, I wouldn’t trade the times spent, the lessons learned, the stresses that made us stronger for anything. It’s made us who we are, our marriage what it is, and, prayerfully, been a pitiful picture of Christ and the Church.