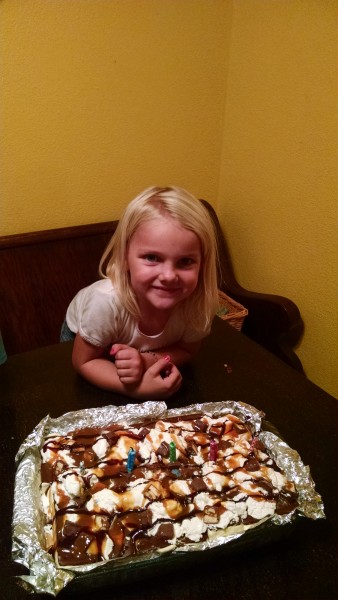 Today Charlotte Serenity turned five. I’m not certain why, but fifth birthdays always seem rather monumental, and hard to take as a momma. She’s getting so big. She’s doing well with learning to read, doing first grade math, in K5 at co-op, and learning so much these days. She loves her dolls, a blank piece of paper and a box of crayons are her favorite things in the world, and she entirely quiet and shy, unless I get her alone. She turns into quite the chatterbox when it’s just the two of us.

Baby “ocho”  is growing well. He’s still looking very boy. We still do not have a name picked for him. Ruby wants Peter. Charlotte wants Matthew. Neither seem to “fit” with our other names… that’s my excuse, anyhow. He measured at 1 lb 3 oz on ultrasound when they did another to get what they couldn’t get the first time. I’m 23 weeks along, and starting to feel entirely pregnant. I feel great though, although I’m tired quickly and sleep escapes me most nights. It’s a strange phenomenon that hits every pregnancy.

Pierce wiped my phone. I handed him, for the first time ever, my phone, showed him where it plugs in, and asked him to do that for me. I had a password of connect-the-dots in the proper pattern, and all I can think is that he went to town connecting dots. Ten tries takes it back to factory settings. He brought it to me and all it said in the screen was “Deleting…”. Talk about a sinking feeling. I’m thankful for a “cloud” that backs it all up, but it still feels like it will never be the same. Ugh. It took 7 months to get it where it was, and in one (very long) set of just a few minutes… I just sat there staring at it hoping it wasn’t doing what I thought it was doing. Oh yes, it was.

In other news, Pierce won’t be touching my phone again until he’s, at minimum, old enough to drive. Married and having given me at least one grandchild is another option.

Thing is, I couldn’t get mad. He didn’t know. He still swears he didn’t do anything but plug it in. Clearly not, but – I’m pretty certain he wasn’t being intentionally naughty. I think.

Ellie had a little too much fun with Charlie’s requested mashed potatoes for supper. I’m so glad it lined up with my intended bath night! 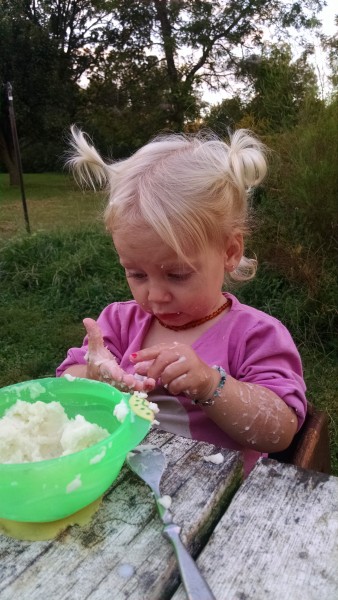 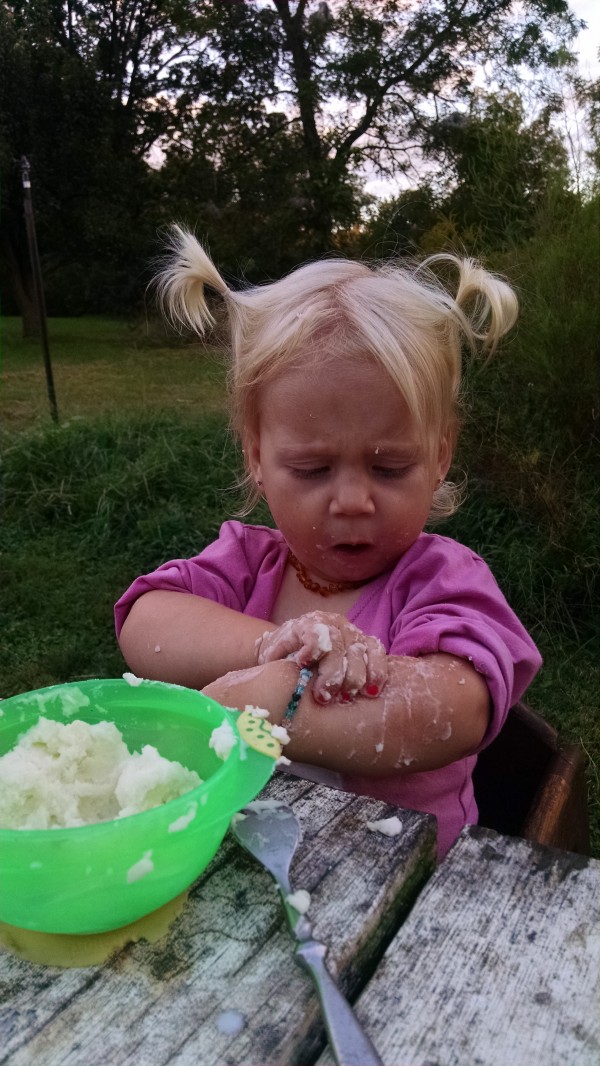