Two weeks ago today, I arrived home from our local homeschool conference and returned a missed phone call from my sister. She informed me she was a day’s drive down the road headed to my house from Nevada.

I hadn’t seen her in three and a half years.

So for nearly two weeks now, Alex has been at my house. 12 children and four dogs in 1200 square feet. We’ve been reacquainted. By will or by force, the kids now know each other pretty stinking well. 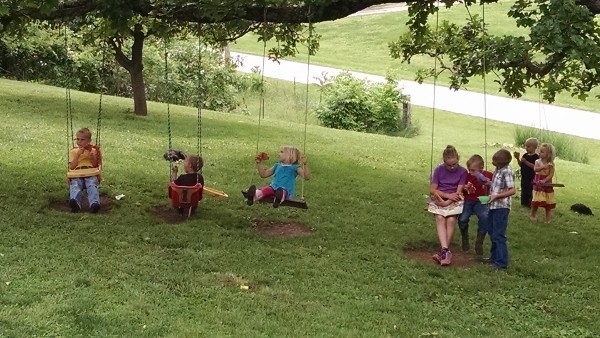 It began with a bang when her dear dog took one look and Ruby’s pet caged bunny and thought she was looking at lunch. That cage was no match for the dog. The bunny didn’t make it.

Things had to get better from there. They did. The cousins played and had a blast and slowly but surely, my children and my sister’s children ceased referring to one another by “the one with the white shirt” and learned names. My nephews refer to me as “Sister” and now, Pierce does too. It makes me laugh… I think.

I got a haircut. Without children. Not on a Saturday. I don’t think that’s ever happened. Ever. 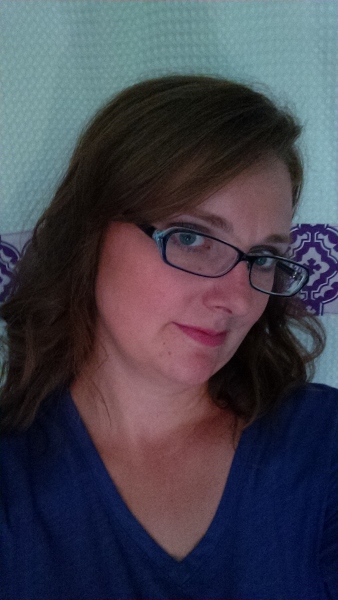 We played in the creek down the road and got a rainstorm poured on us. Pierce planned to get wet in the creek but not from the rain, and was unimpressed and ridiculously dramatic over his displeasure. The others all had fun. 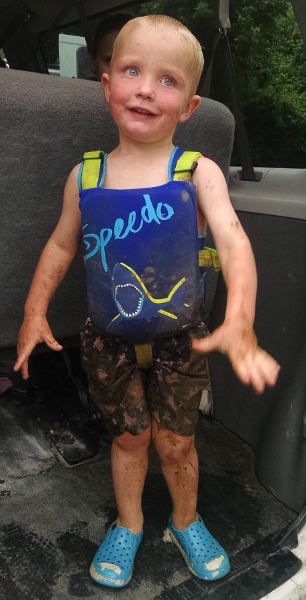 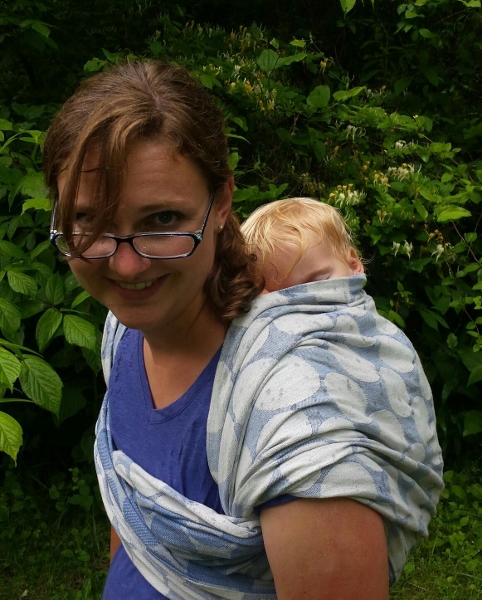 Ellie spend the time at the creek like this… sleeping. And when it really started pouring, she… didn’t move.

We spent one afternoon at Bass Pro. 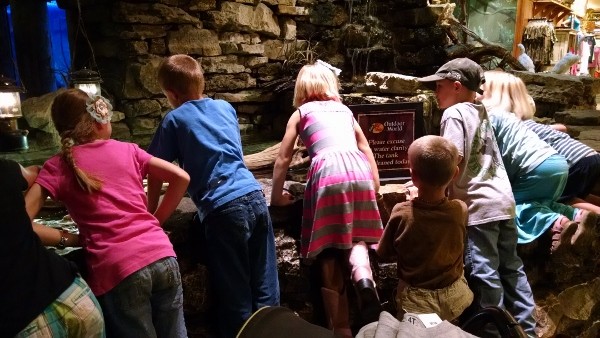 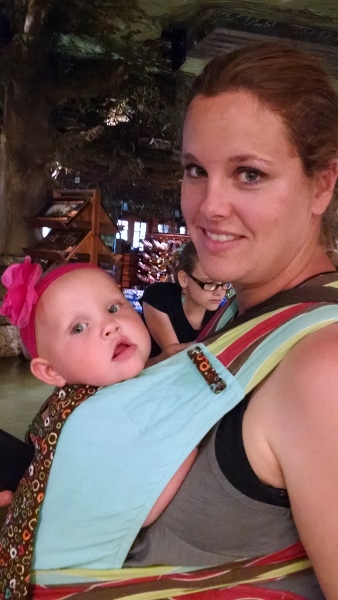 Alex and Rachele… in less than flattering Bass Pro lighting, I’m told. But they are both beautiful regardless.

So after a week and a half, we headed north yesterday to South Dakota to surprise my parents – which is why I didn’t talk about all this on here before now. We got to our parents and… they weren’t home. In the words of my sister, “How dare they have a life!” So after much finagling, they figured out that we were all here and the surprise was ruined. But – we’re here and the kids are having a blast and Mom and Dad are adjusting to having fourteen people drop in on them unannounced.

I like to tell myself that they were thrilled.