Saturday in the night, the tornado sirens went off signaling a tornado warning. We gathered all the kids and headed to the basement. We all huddled in the dirt basement, listening to the thunder, wind, and rain around the house. There was a loud gust of wind and lots of noise, and then all was silent again a minute later. Mere moments after it quieted down, the warning was canceled and we tucked everyone back into their beds and went to sleep.

In the morning, the kids walked into our room in a frenzy to tell us they had a big crack in their wall and ceiling. We looked up and found this along nearly the full length and down the shared wall between theirs and ours: 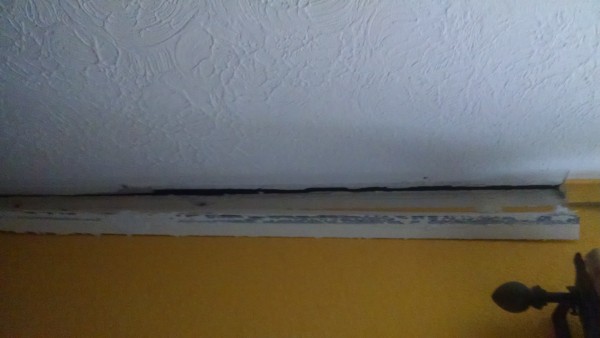 It would seem a tornado hit. There’s a path cut through the tops of the trees on that side of the house about ten feet wide and a good portion of this tree (the one that tried to take me out, if you remember) was on the driveway… but it was not on my van. 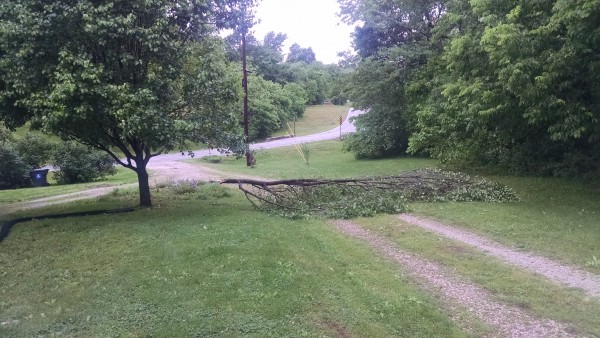 We’re waiting on the final word, but it would seem that the north wall of the house was sucked out about half an inch that night. Craziness. We’re all fine, internet and phone lines were down for several days, but those are fixed and things are calm again. We’re waiting on insurance adjusters to survey the damage and let us know if it’s merely cosmetic or structural.