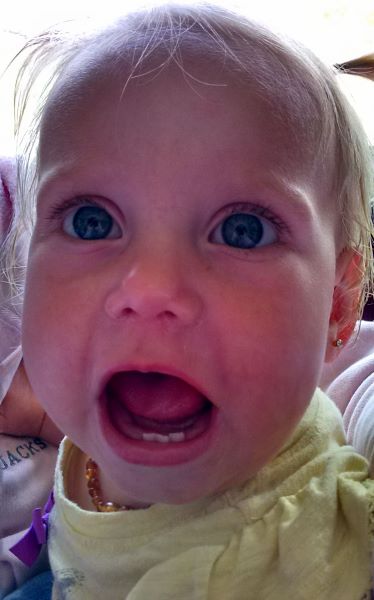 “How on earth?!” moment: Ellie was holding on to the coffee table, started to fall, grabbed at the straw of my ice water cup, it didn’t keep her upright. Instead it tipped over on the coffee table, she landed on her hands and knees on the floor, and the straw of my cup perfectly funneled ice water onto her back. She hollered and once I saved her, she laughed as I dried her off and changed her shirt. She couldn’t do that twice if she tried. Funny thing is, even she saw the humor in it.

Ellie has finally named me. I’ve waited 13 1/2 months for Momma to come out of her mouth, save for the three times she screamed it in a fit of rage around the time we took the pacifier away. Yesterday, she called me Baba. It sort of sounded like Momma. I’ll take it. She also started giving kisses. All. The. Time. Particularly when she’s being naughty. This chickie is trouble.

Charlie came to me all excited the other day. “Momma! There’s two kinds of crap!” I held my breath, fearful for what was next. “There’s crap like, ‘Crap! I messed up!’ and there’s crap like toys on the floor.” I’m not even sure. Reprimand myself for my obvious disdain for things on the floor and having labeled her beloved things as crap, reprimand myself for teaching her the word to begin with, or laugh and move on?!

Blaine’s gone. Again. Only an hour and a half away this time, but gone for a eight days all the same. We won’t see him until next Monday. The kids want to go visit him – but he’s so super busy, I’m not sure that’s even doable. In the meantime, I instituted stricter guidelines for household chores. Mondays are always cleaning days after chores being often ignore over the weekend, but today was particularly bad. A zoo trip was cancelled when no one would cooperate and nothing was being accomplished. Laundry is backed up, the kitchen had three meals’ worth of dishes (ie. 27 sets of plates, silverware, and cups) spread throughout the kitchen covering every available space, and the bathroom looked like everyone had bathed and left their clothes, shoes, and towels in there – because everyone had bathed and left their clothes and towels and shoes lying where they’d cast them off. 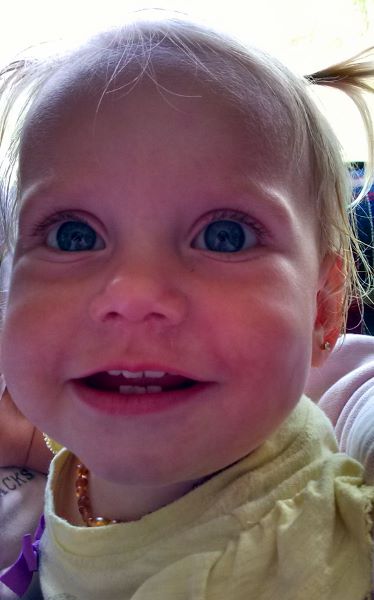 It’s a Monday. I rather hate them. The day itself is perfectly nice, I’m sure. But catching up after the weekend is rough, the kids enjoyed their extra playtime on Saturday and Sunday and don’t want to go back to life, and I can’t do it alone. So, our new stricter guidelines will set us off on better routines and more pitching in. Either that, or I’ll commit myself to the asylum. I’m going crazy. Crazy and alone with seven kids and two dogs and a cat and a bunny while my husband takes pictures on a golf course. It should be a country song.