Yesterday, we had our septic pumped. It was stinky business. Six children (Ellie slept through it all) watched in awe as a vacuum like they’d never seen the likes of before sucked all our (septic) troubles away. It would seem that we’ve escaped the need to replace our septic tank, for which I’m thankful. Blaine has a few projects to help our septic handle all that we throw at it. Blaine, with all his knowledge and ability, has saved us so much over the years. I’m requiring all suitors of my daughters be well versed in home management, vehicle repair, and general woodworking. They’ll thank me for it. 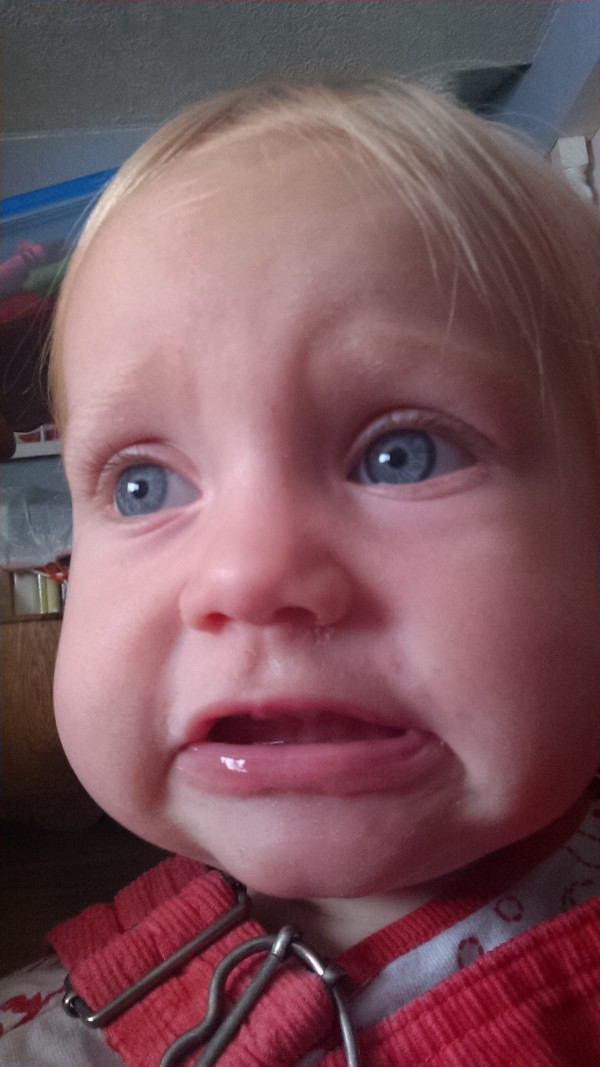 Elliot turned one on Sunday. To honor her first birthday, it snowed and snowed and snowed. Church was canceled. We went nowhere. She ate her cinnamon quick bread for breakfast and rhubarb cake for dessert with gusto. She didn’t blow her candle out, but she did sneeze all over her cake, in case that counts. She pulled up to standing the night before her birthday, then pushed the not-light coffee table all over the living room on her birthday. Apparently she’s decided to start moving. She’s incredible busy all of the sudden, into everything, and has no fear of the word ‘no’. Last night she tried to push buttons on the computer at least half a dozen times, and gave me a big cheesy grin with each “no”. I’m fearful my happy go lucky and compliant child is really a strong willed female version of Pierce in the making. She refuses to comply when she hears reprimand. She thinks it’s funny.

I no longer have a baby in the house. It remains to be seen if we’ll have more. That’s a very strange feeling. I’m not sure I know how to move into the next stage, if that’s where this is going.

Yesterday a group of us at co-op talked of classes available for our soon-to-be seventh graders. One of them is algebra. Another is pre-algebra. I didn’t think we were there yet. I gave Liberty the pre-algebra test this morning. She got 3/20 wrong. Supposedly that means she can skip pre-algebra and do algebra next year. I’m not sure what I think about this. Did I mention I no longer have a baby… and now I have a child old enough for algebra?! The algebra test had me stumped on a ridiculous portion. I think we should both enroll. Is this where my daughter passes me in math and I can no longer help her?

I took a video of Ellie and her cake with my new phone. I’ve spent many minutes trying to figure out how to upload it. If I ever get that figured out (pretty sure I did it right. Google Drive has yet to recognize my competence, however.) I’ll embed it in a post. In the meantime, I have laundry to deal with, supper that isn’t jumping in the oven no matter how distracted I am with my non-working blog post video attempt, and seven dear children who need to be prodded along in their chores so that they get some time outside in the snow that arrived this morning. Fun times.