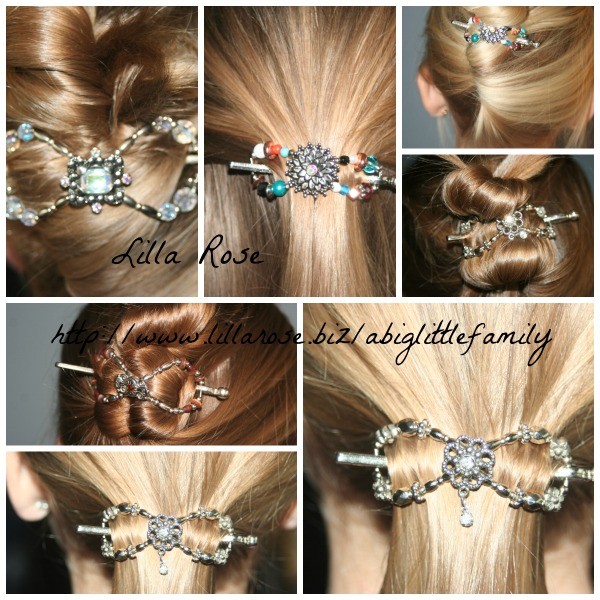 For several years, I had an Amazon account and had a little ad on my blog. It didn’t bring in huge amounts of money, but I’d bring in $20-$50 a month and it provided a little bit of spending money on Amazon. It was fun. Then the law changed in Missouri, and since I live in Missouri, Amazon dropped me as an affiliate rather than pay MO sales tax. Since then, I’ve had a few other ads that have resulted in no actual income. I get free curriculum to try and review through the Review Crew, but beyond that, my blog is written entirely for fun without monetary compensation.

A few days ago, I took the leap and joined Lilla Rose. I’ve had one flexi clip for years and love it, and for my birthday six weeks ago my sister bought me a few more. I love them. My girls love them. Eden’s birthday is coming up, and she wants a flexi clip of her own for her birthday. We were looking at all the options, and Ruby brought me all her pennies and a pile of crumpled one dollar bills and asked if it was enough for her to order one too. (She does. She’s so excited.) I was mid order and decided to switch courses and join their consultant team instead. Now I’m no salesman, but you’ll see an ad over on the right for my Lilla Rose page and I earn a commission if you purchase anything over there. I can’t see anything major happening, but if I could earn just a little, that would make my day – or at least fund my and my daughters’ love of their hair clips and bands. I won’t pester y’all too much – because that would totally bug me too. But… it’s there. And I’ll be the first to say that they are great. I wear mine almost every day. It’s never broken. It can’t stretch out. And I feel prettier than when I just throw it in a regular old hair band. The photos above are of Liberty, Eden, and Ruby wearing my small but oh so fun stash of flexi clips.

End of story. Carry on.