A boy loves his dogs. Tell (1) thinks that they should go everywhere with him and be able to do anything, but doesn’t understand why the puppies would eat his sandwiches every time he gives them half a chance. 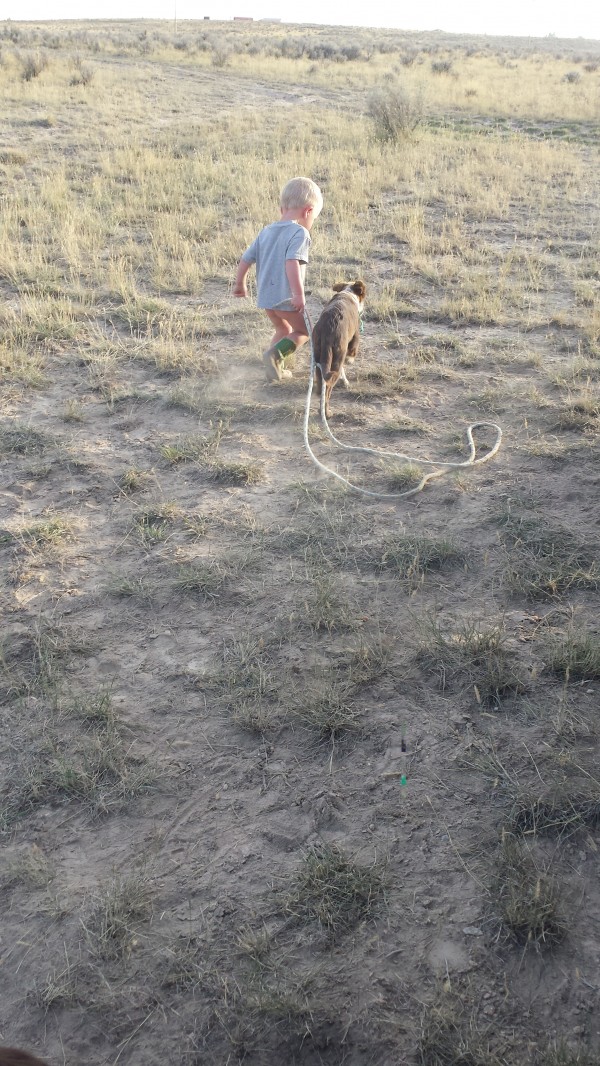 We got a new book the other day and so I made the boys green eggs for breakfast. They were a little skeptical at first, but got over it soon enough. I don’t actually know if it was the green eggs that they were so impressed with or me standing on a chair yelling from a new book during breakfast, but they all had a hard time eating that morning, they were so distracted. It was actually pretty funny and I had a hard time acting the green eggs and ham book out properly because I was trying so hard not to laugh at them when they kept missing their mouths and stabbing themselves in their cheeks with their forks! 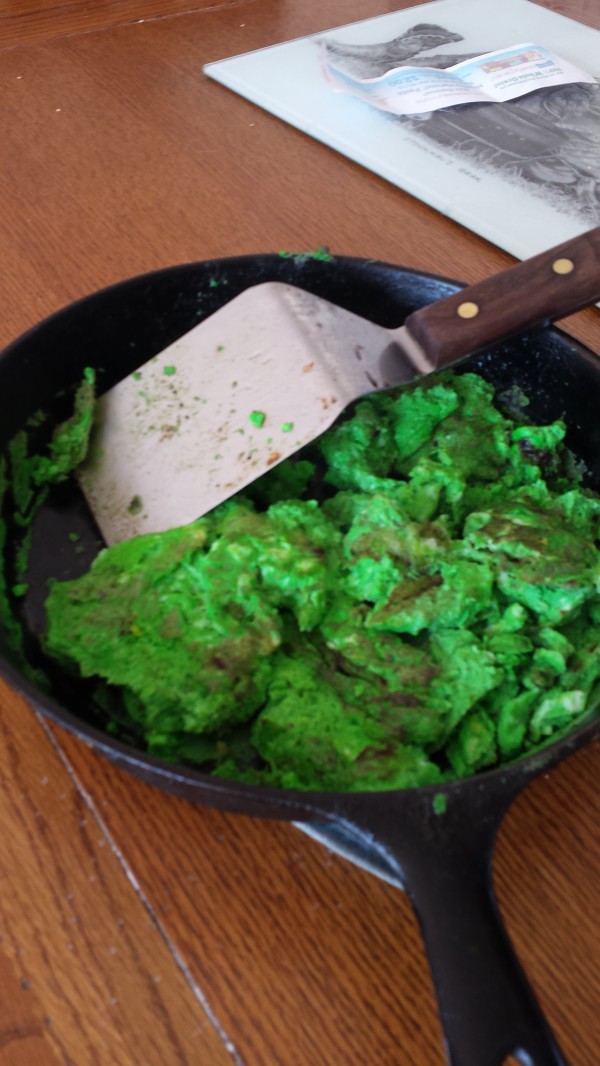 Gus and Brent (5) have both graduated to driving the four wheeler around the place a bit – in a certain gear so they can only go a certain speed and when following or followed by Matthew or I. They love that they can help out more! 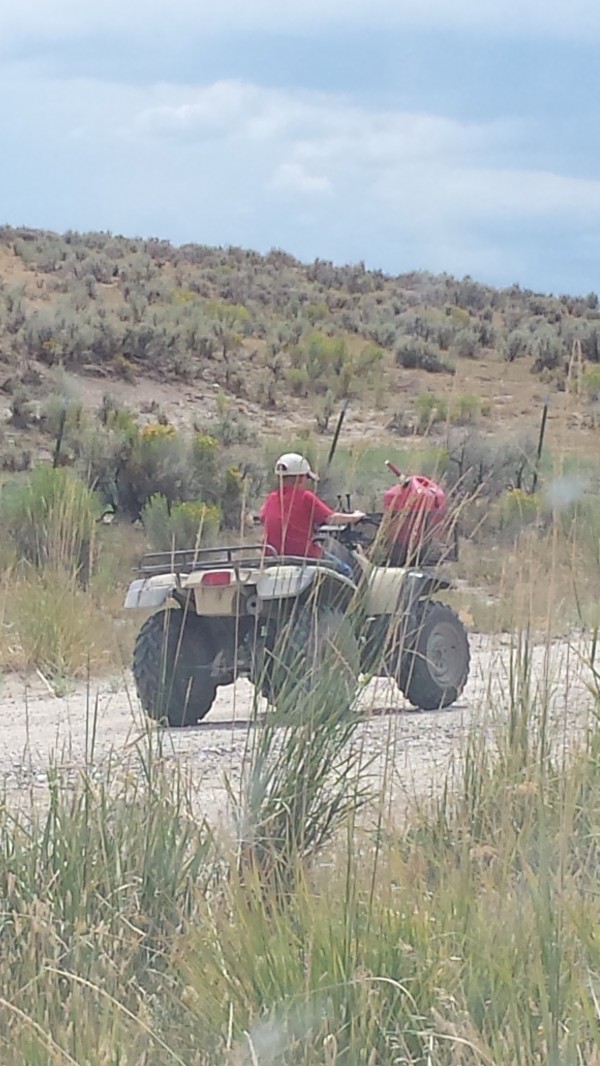 And last of all, Sis thought I should share Tell’s contribution to the apple pie I made the other day. He apparently thought a bit more cinnamon was necessary – but moderation isn’t a one year old’s strongest trait. I tipped it over and dumped what would fall off and then we ate it. It was really not too bad! We just had to be careful not to inhale while we were taking a bite. 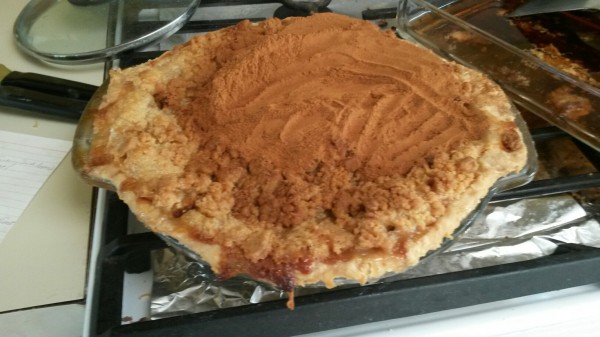