Life seems to go in spurts. Things are boring and normal for a while, and then life gets insane.

The septic was fixed as of last Wednesday. Blaine got home Monday afternoon. Tuesday morning, the septic backed up again. He got it going again, and so far, so good. Let me tell you, a non-flushing toilet is a misery with eight people who need it. Ellie didn’t mind a bit.

Elmer showed up Saturday night. No idea where he came from, but he seems set on sticking around. I’ve placed several ads regarding his appearance here, but no one has called. We’re tempted to keep him. Despite his appearance, he’s about as friendly as they come. He talks. Talk to him, and he tries to talk back. Plus, it’s given the kids a whole new challenge in taking the scraps up to the compost pile. He LOVES scraps. 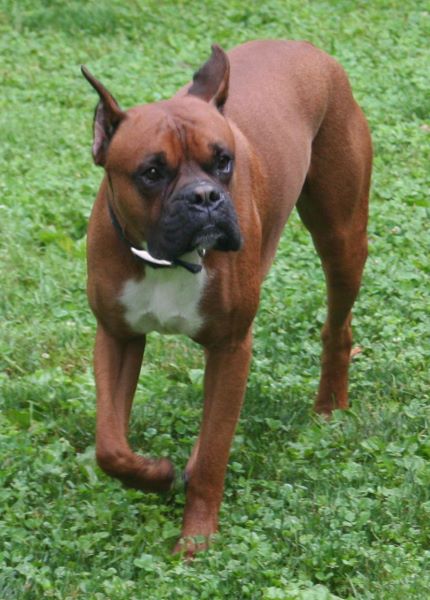 Yesterday, I sewed. All five girls got a new skirt, and I made myself one too. I made two water slings – super excited about mine and our plans for vacationing in Michigan in a few weeks.

The other night at supper, Elmer was barking, Brady was barking, and four kittens were trying to climb the screen door in an attempt at coming inside. The kids were talking all at once, and chaos… just chaos. It’s almost funny.