Elliot turned one month old earlier this week. Yesterday, we went to the pediatrician for her checkup.

I have a one month old the size of a four month old, according to the pediatrician. She’s gained exactly 2 pounds since birth, and weighed in at 11 pounds 8 ounces. She’s outgrown all her 0-3 month clothes. As my sister so kindly put it, “Congratulations, you’ve spent a whole lot of the last month sitting on your backside, nursing that baby.” Pretty much. 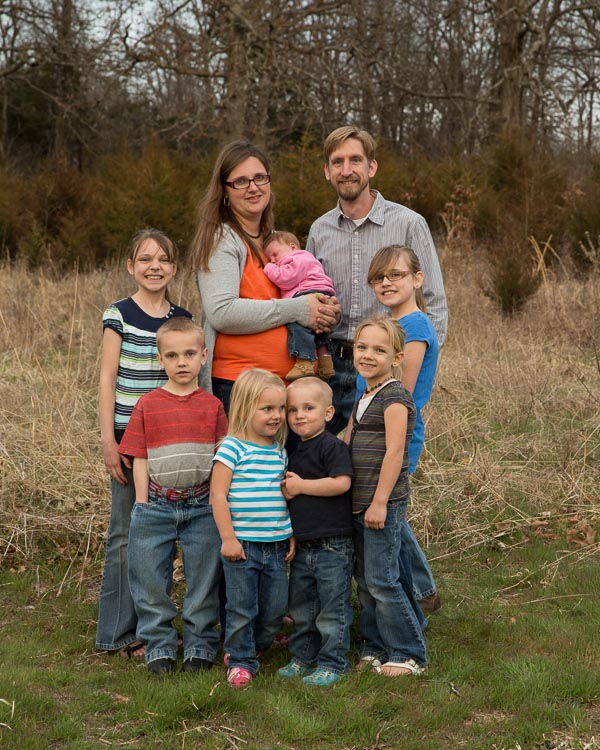 We took a photo of everyone together with Ellie in it. I love that Charlotte and Pierce look like their conspiring together for some mischief. It kills me slightly to post a three-weeks postpartum photo anywhere online… not so flattering.

We were watching the sun set outside tonight, and when I told Charlotte what the pretty colors we were admiring were called, she told me we had one of those already. When I showed my confusion, she told me it was in the backyard, with swings on it… yeah, a swing set. Swing set, sunset… you know.

Pierce had to get a shot yesterday at his appointment (the doctor was kind enough to schedule a few physicals to go with Ellie’s checkup). He barely flinched. Then he bit his tongue in the parking lot while eating the sucker they gave him for his cooperation during the shot. There was a substantial amount of blood, and much screaming… after he passed out for about a second in my arms from holding his breath, he was so upset. The irony… shot: no tears. Bit his tongue… passed out. I had a moment of wondering if I was going to have to take him back inside. Do they stitch tongues?! I’m thinking not.

Tell me: can you comment on my blog posts easily? I’m missing my regular comment-ers. 🙁 There’s an email button up near the top right if the answer is no… Let me know?! My blog went crazy there, switching hosts and I’m not sure what all else… landing at a “parked page” for a time that was less than kosher there for a bit. I think all is well again, but I am not entirely sure.