For the past six weeks or so, three of my older children and I have been using Mango Languages and their Homeschool Curriculum for teaching languages as part of the Old Schoolhouse Review Crew. For ages 6 to adult, I chose to do this review with Sterling, 6, Eden, 9, and Liberty, 10. Mango offers over fifty languages, so I chose French since my husband has a bachelor’s in French, has spent time in France, and his knowledge gave me courage to tackle a daunting subject. I’d thought we’d avoid it for a few more years, until high school, but when I researched Mango before the review, I couldn’t help but get excited.

Mango lived up to everything I’d hoped for.

The setup for Mango was a bit complicated, but once I figured it out, we were off. We do school four days a week, so we added this to our daily schedule and did it four days a week as well. The very first lesson, the kids met Blaine at the door after work with “Good Evening, Daddy” in French. When he responded in French… oh, the excitement. And we were off. 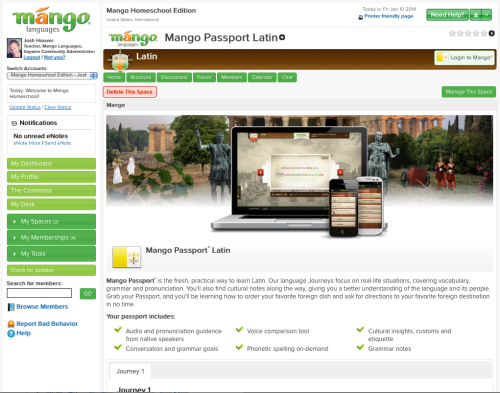 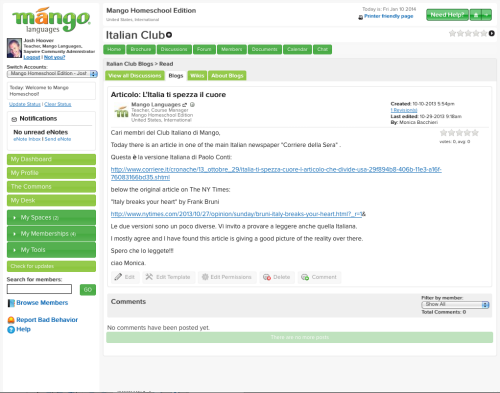 I found the lessons myself hard to absorb. Nothing to do with Mango and their teaching attempts, I’m having a hard time getting myself back into learning mode. My pregnant brain, plagued first by bronchitis, then the flu, and now a looming due date, does not want to absorb anything. It’s pathetic. The kids can talk me into a corner. Liberty and Eden have absorbed it pretty well, and while I do not expect them to be fabulous at French in the coming year, I am thoroughly enjoying listening to them learn and talk to each other and their Daddy with enthusiasm. 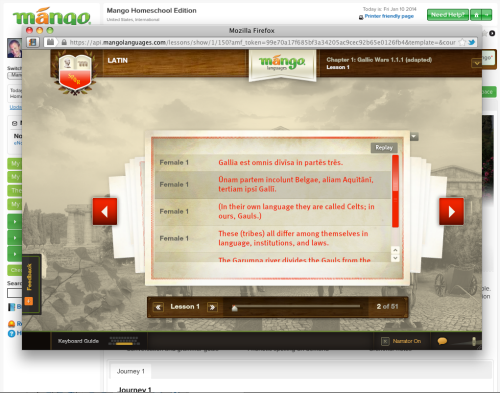 Sterling… that was a whole ‘nother story. He’s learned plenty, don’t get me wrong. He really wants to learn French. He gladly does his lessons each day. But. Getting him to talk to the computer was a little like pulling teeth, and once we got that far, I thought he was doing fabulously. One day, listening to him rattle off French from the next room, I thought he was making fabulous progress. Then I got closer and heard what he was really saying. With great French finesse, he was rattling off, “Blah blah, blah blah, blah blah blah blah?” He even had the uptick question cadence.

Really?! Oh, dear boy. Once I got over my desire to laugh, I corrected him at his less than stellar attempt to copy the French speaker on the computer, and we’ve moved on. He’ll learn plenty this year, to be sure, but I don’t anticipate it will be as much as he could if he were a bit older. I wouldn’t say he’s too young, but he’s easily frustrated when he can’t remember phrases properly and, unfortunately, gives up his attempt to be accurate instead of trying harder.

When Sterling spelled “pass” on his spelling test “pas” instead, he blamed the French lessons. He claimed got confused at the spelling, since “pas” is a French word (Meaning nothing close to the English word ‘pass’ and pronounced very differently.) That time… I did laugh. Poor boy, trying to learn these crazy things Momma throws at him and actually expects him to stretch his math-brain further than numbers and multiplication.

While we’ve been thrilled with Mango and all that it offers, I found out recently that even more is coming. I haven’t had to try those things yet, but to sum it up, here’s a list of what’s there and what’s coming:

Over the next several months, they’ll be introducing other exciting features like:
Enhanced Tracking and Progress Monitoring – including seat time (for students and parents)
Goals and Personal Lesson Plans (both stand-alone and tied into Mango courses)
Resume and Portfolio Builder 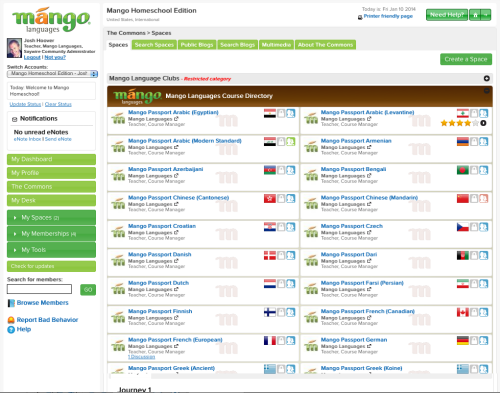 To read more reviews from the Old Schoolhouse Review Crew, check out the Review Crew Blog.