Gus and Brent are learning the days of the week and the months of the year. December and January are the beginning and the end and they have several important birthdays. February and March is when the cows are calving. April cows are going out on the mountain. May is branding season. June, July, and August are fun times since the tractors are all rolling with the hay season in full swing and the horses are always in with riding and moving cows constantly. September is more riding and weaning calves. October is spent checking and doctoring on any sick calves and then in November the calves get on the trucks for a ride to their new home. Then it is (My favorite time of year!) 2 or 3 weeks of slower time before we bring all the cows home off the mountain and start feeding them hay everyday. 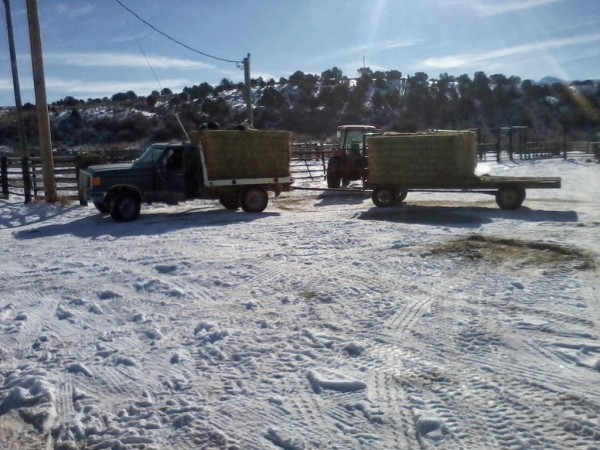 Obviously life on a cattle ranch has a certain rhythm. We are feeding cows everyday now. One of the 2 older boys is enlisted every morning to help feed. Matthew needs a driver so the pickup doesn’t run off into the creek or through a fence while he is on the back pitching hay off. Oh, the arguments that we have every morning…. The rules are that boys must be dressed and have made an effort at making their bed before leaving the house. And the latest rule? No one is allowed to get up before 5am! We seriously had boys showing up in the middle of the night fully dressed and with a made bed, expecting that they should be able to go start feeding. Ugh. Matthew prefers to feed in the daylight. 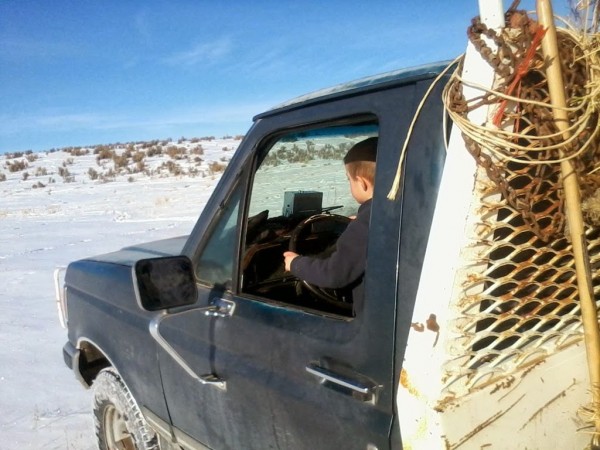 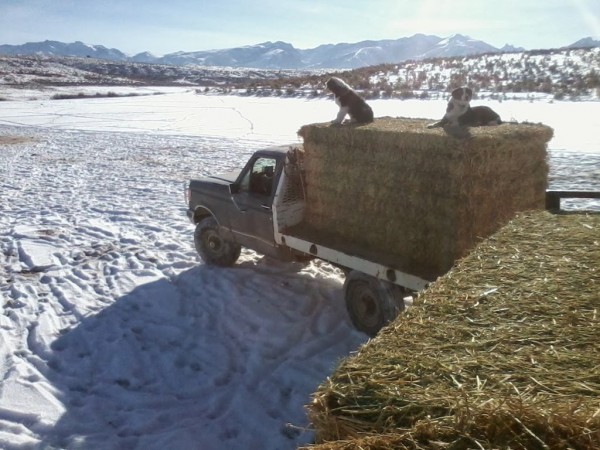 We have a new addition to our family! Hold your seats everyone, its NOT what your thinking.  His name is Zeb and he’s about 4 months old, since we apparently just really love dogs around here. (Adrienne’s note… I thinks this makes five dogs for them. It makes my little zoo with the dog and the stray rooster sound lame.) 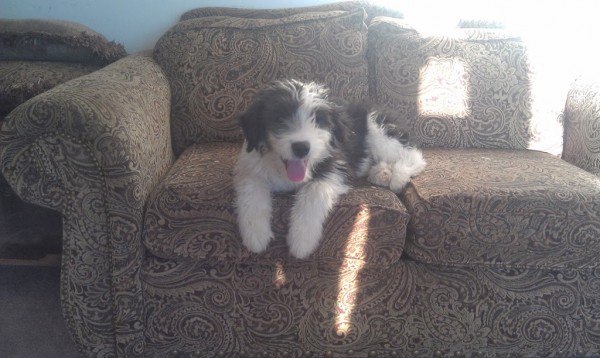 I guess for that matter we probably love chickens, horses, cats, and cows too, but dogs just have a special place in our hearts –and our couch- around here. I mean really, how can you not just fall in love with something that can so exuberantly love, lick and chew on you all in the same 30 seconds?! –And then turn around and leave his mess on the floor and think you should scratch his belly for it? The first morning after we got Zeb, I opened the door to let him into the house and watched him go bounding over to the couch, that was loaded with 3 out of the 4 boys, and land right smack in the middle of them. That was funny, to watch that heap try to untangle themselves!