There’s still a rooster roaming the yard. How he’s lived this long, I’m not sure. Why I continue to allow him to live, I’m even more unsure. He crows at all hours of the day and night, but lately, he’s pushing me to my limits.

He’s taken to thinking the front porch is for his residing pleasures. The concrete patio has become his playground.

My children’s shoes keep tracking in the signs of the suicidal animal.

If he’s hanging out on the porch and patio… and leaving the remnants of his time spent there for everyone to know where he’s been… he must be suicidal. 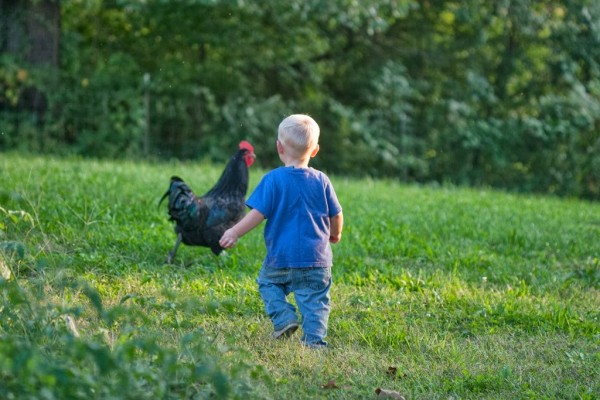 Between “Some Other Guy’s Rooster” as Charlotte has affectionately named the stray, and two of these furry gray balls of infuriating named Fred and Angus (both girls, ironically enough): 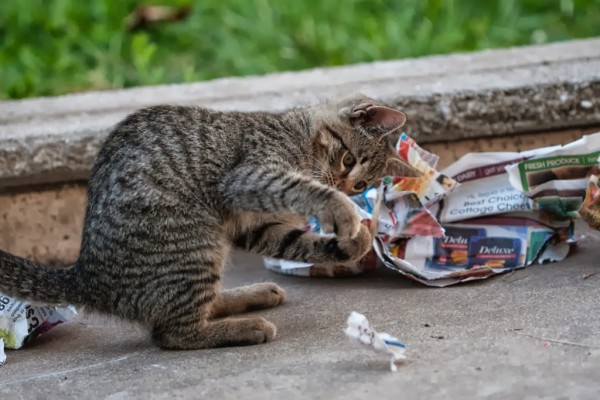 who like newspapers, which is fine with me, but also like the inside of my home, which is NOT fine with me, I’m just going to go crazy. Between the rooster making a mess of our play spaces, and the cat climbing the screen and running inside every time the door opens, it’s like a three ring circus around here. It’s driving me crazy.

Looking at the bright side, it’ll be the animals that send me over the edge. The kids’ consciences can be relieved. They didn’t do it.