I made a birthday cake for a friend. She loves chocolate and is not a baker so what could be better than a homemade chocolate cake with chocolate icing for a chocolate loving friend? (If you are unsure still, there is a lot of chocolate in this cake.)

It was not a success.

I have made this cake, and many others, many times. I forgot to level the cake batter in the pans before I baked them. They weren’t level. My cake kept sliding off itself.

CT got on the table and took a handful out of each of the three cakes while they were cooling.

This cake needs to be refrigerated. It was almost 100 degrees at the park where I met my friend.

My chocolate loving friend didn’t like the cake. Too much chocolate!
She sent it home with me.

I put it back in the fridge when we got home and as it cooled went to trying to prop it back up on itself with the icing as it slowly stiffened.

Then Brent decided he wanted a piece of the cake. When a 4 year old takes a triple layer cake out of the fridge, he does not grab it by the bottom base. I grabs it by the top where it is easiest to hold. 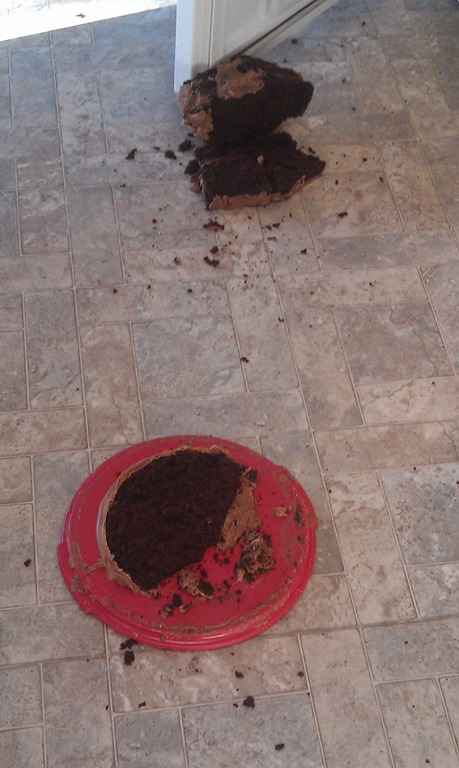 When I suggested that we throw it out and call it quits on the STUPID cake, he started crying, so heartbroken that he would be the last straw on the yummy, ugly, ahem, cake. I decided that since I had mopped in the last 24 hours it probably wouldn’t kill us. I put it back together again. 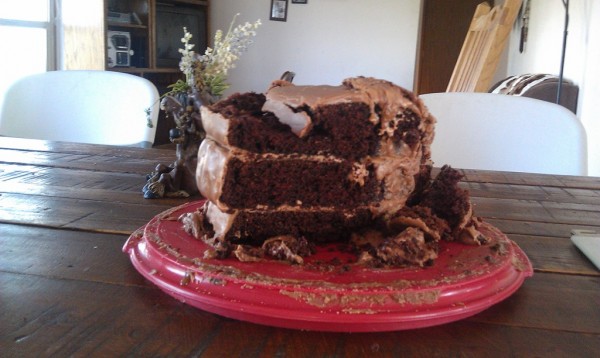 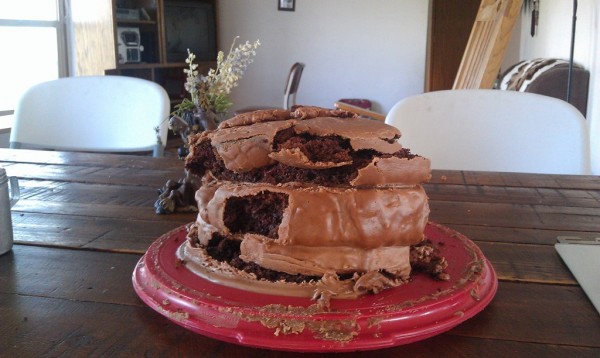 and when it was all said and done they gave up and didn’t put him back together again!!!!