As part of the Old Schoolhouse Review Crew, I received a download from A Journey Through Learning to make several different lapbooks. I got to choose from The Earth for grades 1-4, Astronomy and Space for grades 2-7, Knights and Castles for grades 2-7, or Letters, Numbers, and Shapes for preschool ages. 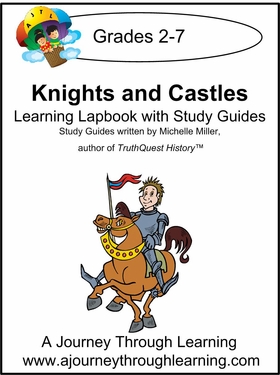 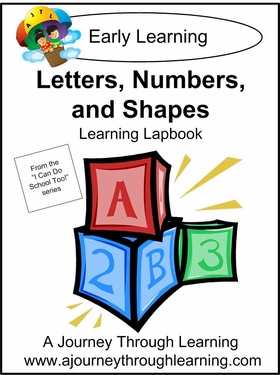 My kids love lapbooks. They’ve done a few at our homeschool co-op, but at home… they are a lot of work. I’m not creative like that. It’s not a good combo for things outside the box of textbooks and done. I try, but time is limited in this house of many and I can always find a million things (or small people) screaming louder.

I was excited to try these. My kids were even more excited, because a review means I HAVE to do it. When I received my download link, I downloaded and started printing. And printing. Each lapbook has about 20 pages to go in their book, plus the study guides. (Except for the Letters, Numbers, and Shapes. It was pretty self-explanatory without a lot of reading.) We did three Knights and Castle lapbooks… so 60+ pages later, I was feeling like that was a lot. Once we had everything printed, I glued the manila folders needed (3 for the Knights and Castles, 3 for the Letters, Numbers, and Shapes) and we set to work. 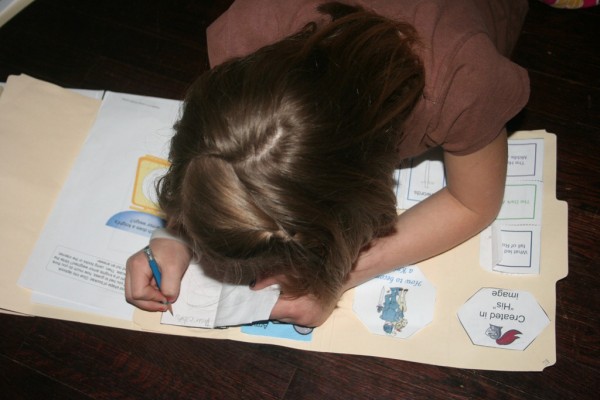 As laid out as this is, it wasn’t hard. It was rather time consuming on my end, but the kids had a great time and the floor had to be swept each day after we’d finished cutting and pasting. Needing to sweep means we accomplished something – even if it was just making a mess! The kids were busy for hours coloring and gluing and filling in facts they’d learned. Sterling did a lapbook for a grade or two ahead on where he is, but the Letters, Numbers, and Shapes was well below where he’s at right now and what boy doesn’t want to learn about Knights and Castles? It was easy enough to simplify for him what he needed to write and allow him to draw more pictures instead – and he really enjoyed being lumped in with the older girls instead of with the littler kids. 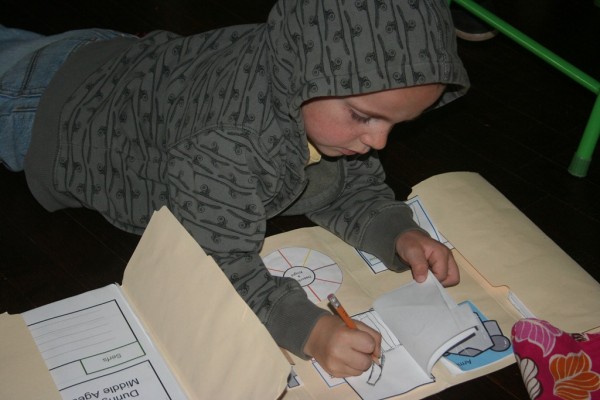 Somewhat disappointing was the apparent assumption that we’d studied knights in the past – that we knew something about them. We haven’t. We don’t. We did a quite a bit of supplemental research to figure out what some of the things were talking about. They do provide a list of books to further your study at the end, and the internet helped me out when we were stumped, but it would have been nice to have it more at a beginner level with more explanations. I also noticed some of the boxes weren’t aligned or outlined properly for Ruby’s lapbook, and it had her make two pockets for some cards she made, but the pockets were too small for the cards. Little things, but they were rather frustrating. 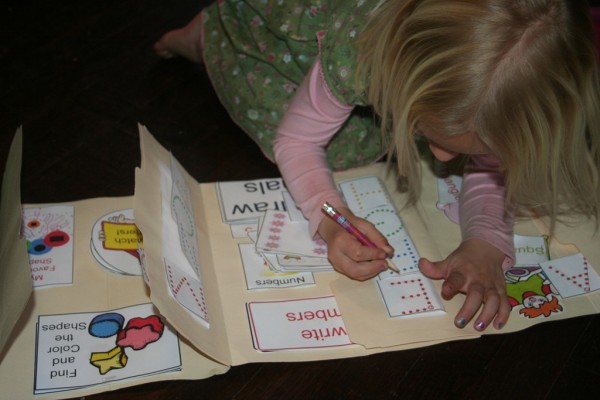 The Instant Download is $13. Some of their lapbooks offer a CD format, printed version, or assembled for various prices. For the price, there is a lot of learning to be had, and the kids had a great time making these. Ruby’s really felt like busy work, and I was skeptical because I’m not a fan of that at all, but she was glad to be included as they were all spread out on the floor working on their books, so in the end I was really glad she’d gotten to make one too. 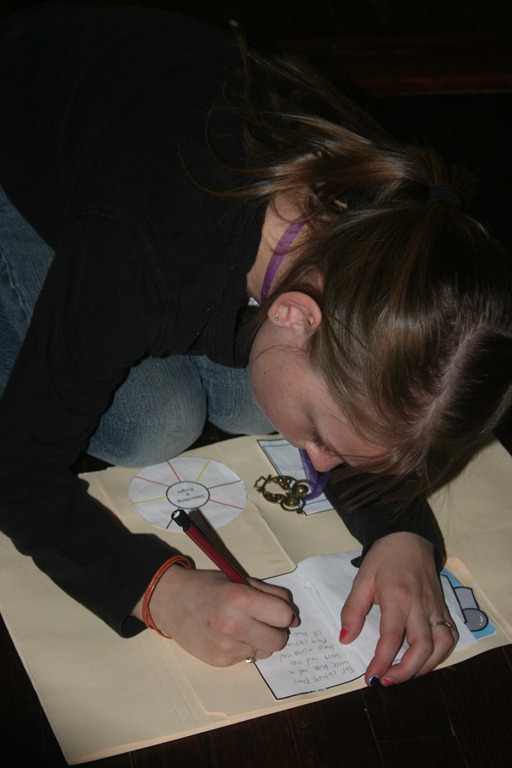 Many of the pages are in color, the images are interesting, the different little books and things they made to put in their lapbooks were varied and everything was really easy to understand how to put together. Everything came with instructions exactly how to do things and where everything goes to fit together properly. We used the curriculum daily for about 30-45 minutes and it took us about three weeks to finish. Ruby’s was faster, but she went full speed ahead, having a great time. I did find it was easier to cut out Ruby and Sterling’s pages and glue them in ahead of time. Writing on wet glue doesn’t work so well and they quickly tired of the cutting anyhow. Liberty and Eden were fully capable of assembling their books on their own with little instruction after I read the study guide and helped them paraphrase the information they needed to write in each section.