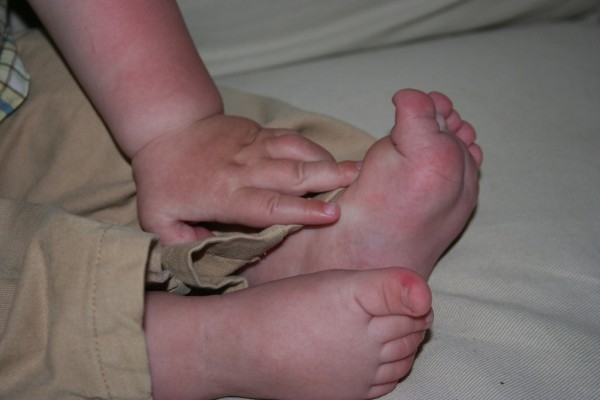 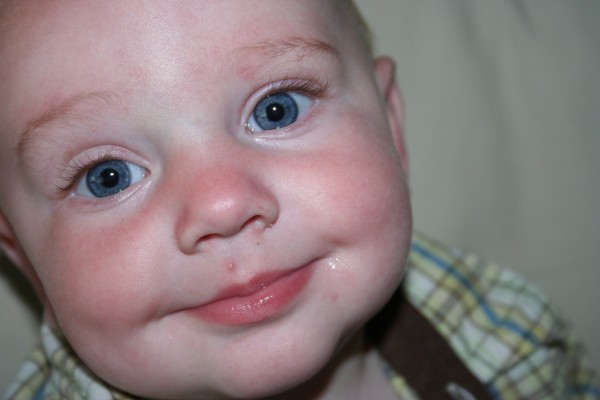 and this sweet smile 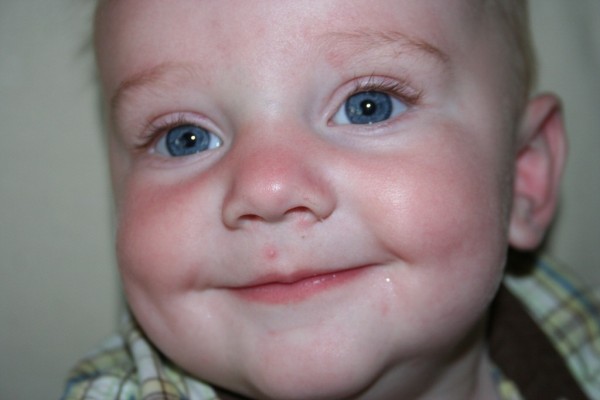 first made their appearance 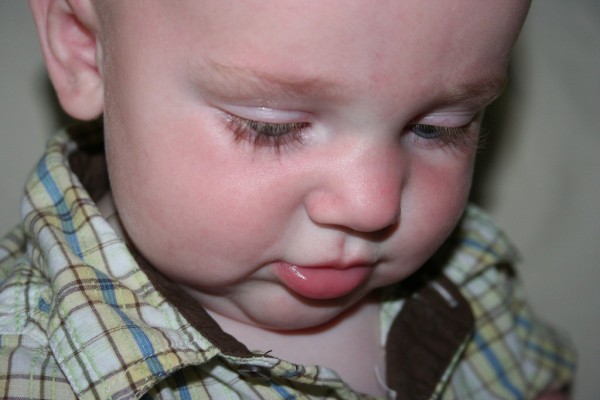 six months and forty minutes ago. 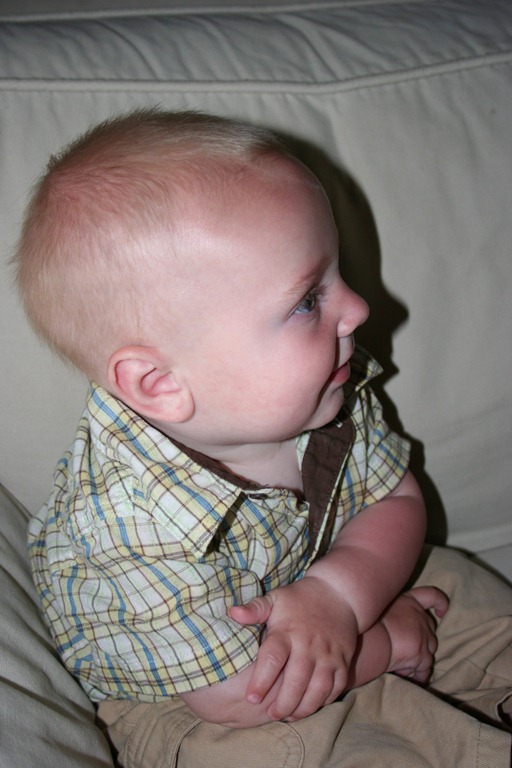 Quite the little man he’s becoming.

He’s working hard to sit on his own, still all gums and no teeth, blond as can be, and quite opinionated. Nursing between two and six times, every night, growth has not been an issue. Rolling both ways, but, seeing no need to be on the floor long enough to try crawling, he’s still mostly immobile. Temper tantrums he’s perfected, drooling is his hobby, chewing on anything he can grab is his favorite past time. Other than, ahem, eating. He’s not tried anything besides milk thus far, but the end of that one is coming. He’s quite curious about all this eating he sees happening around him and feeling left out that he’s not involved.