After a discussion with my dad during which I realized I’ve done roughly 300 extra loads of laundry this year. About a year ago my two middle children quit wearing diapers – and I started doing laundry. Now, with plans to rearrange furniture… details to come… Dad suggested I make pull-ups of sorts. I haven’t bought them for various reasons, so I’ve just washed sheets almost every day for at least one dear child.

My latest project of the day: 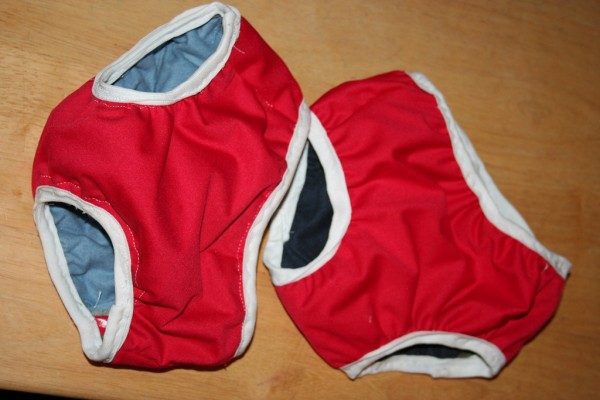 Yes, I just posted photos of underwear on my blog. But tomorrow, when sheets are dry even if children are not, it will all have been worth it.

For the record, everything involved I had. Extra PUL for waterproofing, flannel scraps for the lining and soaker layer, and Blaine’s old t-shirts for extra absorbency. I didn’t use a pattern, and the first is rougher than the second. If they work well though, I’ll make a couple more. Talk about frugality!