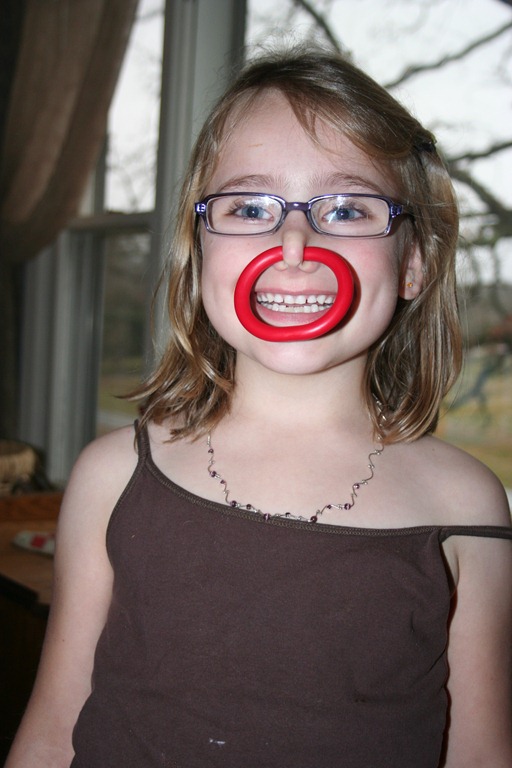 When I was about 16 and suggested to my father, he told me if I did that, I had to put a ring in it and then he could pull me around by it. Point taken. No nose ring at 16. So I waited 9 years, until I was 25 and mother of four, when my husband gave his consent and then I pierced my nose… with something considerably smaller. Ever since, my dear daughters use the fake earrings on their noses. Or baby linking toys. You know, whatever. And when they are 25 AND have produced four grandchildren for me, then they can get the real thing.