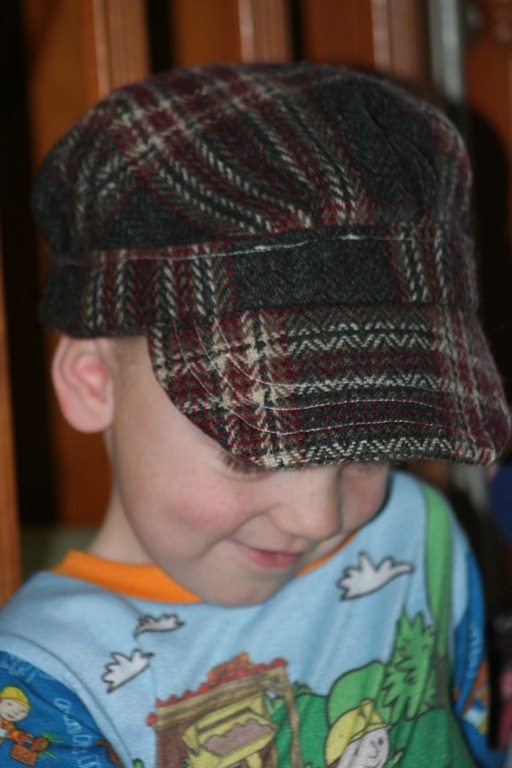 I’ve been wanting to use this pattern for a while, but I couldn’t find wool at any of my local stores and hadn’t gotten the chance to trek across town to better stores. Complaining to Blaine about Hobby Lobby’s lack of wool material, he suggested cutting up his coat. 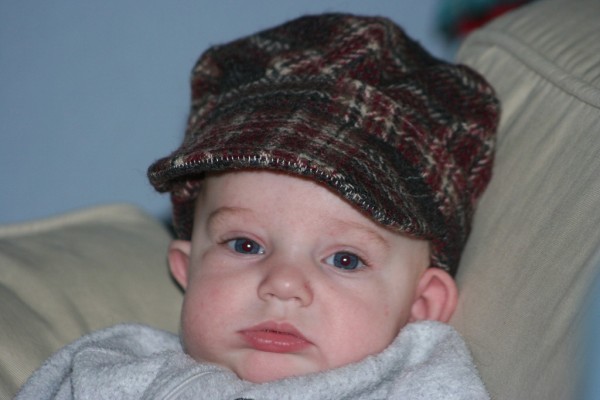 You know, the one that has been sitting in a tote for as long as I’ve known him? The one we’ve moved eight times and has just been waiting for me to get an itch to sew with wool? 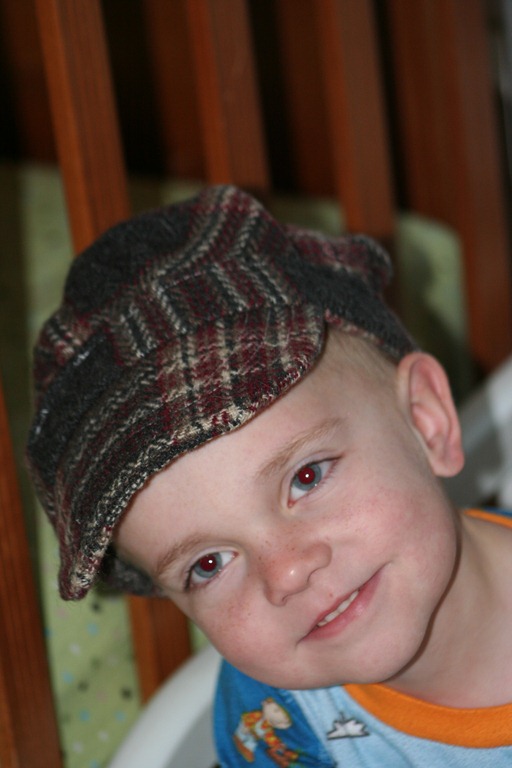 Thank you, dear Blaine, for giving me the coat off your back out of storage that you didn’t want anymore.

Your boys look so handsome in it. 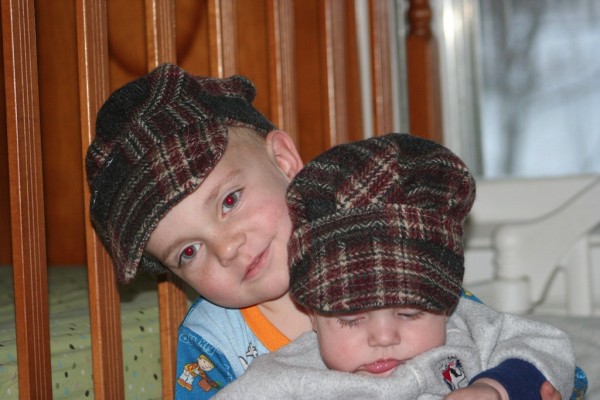 It was so fun to make something for the boys for a change.

And now, I’m imagining these in pink…

Waiting until after 7:30 am and the boys were fully awake (and, ahem, not still in bed…) might have given me less “deer in the headlights” – but what fun would that be?