Blaine is traveling for work for a few days. Liberty and Eden are in South Dakota. Boy, does life feel strange right about now. It took three days to get enough dishes to fill the dishwasher. I’ve done 5 loads of laundry since Monday. Usually I’d be on #10 at least by now. Two of those loads were peed-on sheets from Charlotte wearing a paper diaper to bed when I know better. So we’re theoretically 3 loads in. So strange.

Sterling and Ruby are taking naps in my bed. Judging from the giggling going on, they are both having some very funny dreams. Or something else is going on in there besides sleep.

Liberty’s birthday is Sunday. She’ll be 8 and be celebrating in South Dakota. I’ve had the hardest time figuring out what to get her – for her late birthday party when she gets home. Growing up, not big enough for makeup, too big for toys. I’m still wondering how you parent an eight year old. Two is so much easier. 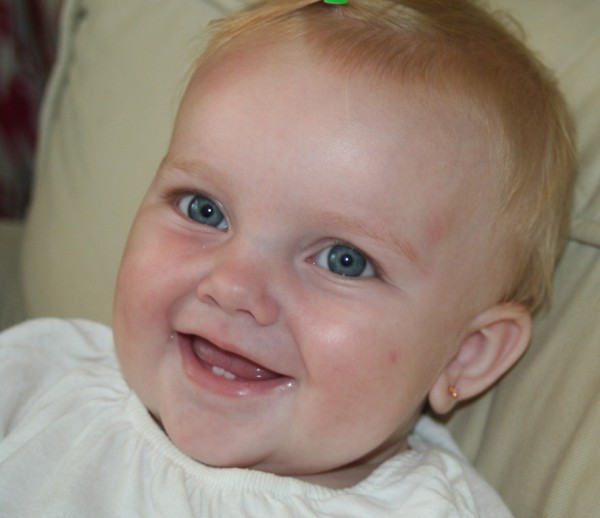 Eden asked if she could get another hole in her ears when she gets home. She looked indignant when I said no. Sterling told me he didn’t want me to have my nose pierced. I’d been debating taking it out anyway. Did that a week ago. He hasn’t noticed yet. I guess it was really bugging him. Blaine noticed after 5 days. Must have been bugging him too. Charlotte got her ears pierced this week. She noticed the moment they did it. Blaine noticed as soon as he saw her. Ruby’s excited that she and Charlie “match”. They gave Charlotte a sucker afterwards. This is the third time someone has given my 8, and before 7, month old a sucker. Starting to wonder if she looks two to everyone else or if I’m one of the few that wouldn’t give candy to a baby who still eats the majority of her calories in liquid form. She really liked the sucker. Still trying to get her white shirt white again.

I’m making this this afternoon. You know, while Sterling and Ruby talk in their sleep. I’ll let you know how that goes!