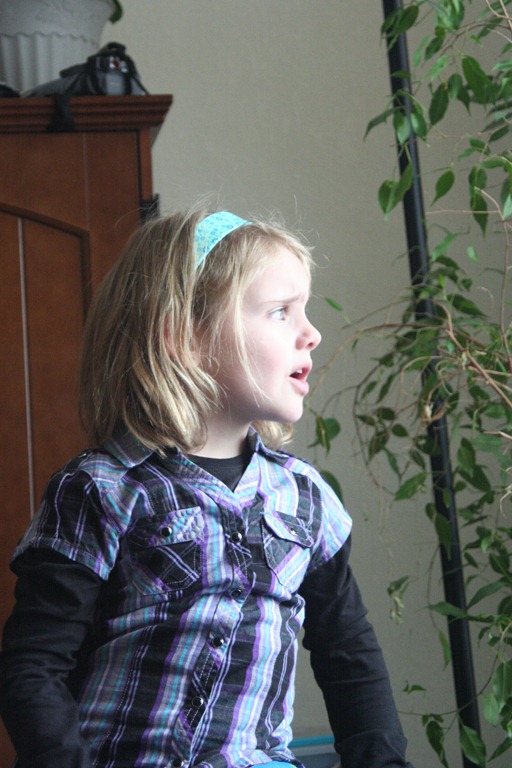 Eden Rayne turned six this past Tuesday. For her birthday, it snowed. And snowed. And snowed – like Missouri rarely sees. So much, Sterling asked why it was still snowing, since the grass was covered. He was amused to find out that the snow does not know when the grass is covered, it just comes down until it’s done.

Eden, though, enjoyed a day off of school and went sledding instead. Of course, she didn’t get a sled for her birthday. She got rollerblades. 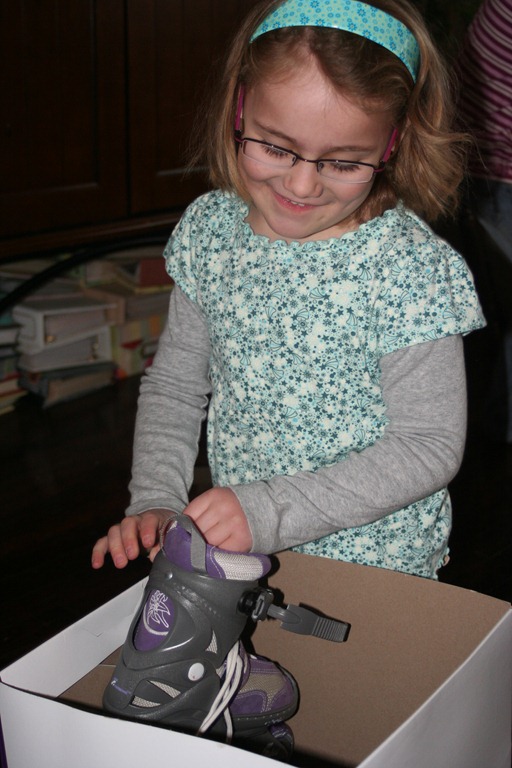 Rollerblades that she wore in the house for most of the day. The foot of snow on the concrete patio prevented her from really trying them out. But after a brief reminder that since her birthday and Christmas both fall in the winter months, and if she wanted such a thing now was the time, she agreed readily. And now, the rollerblades sit in her bedroom, waiting for the snow to melt so she can really try them out. Happy birthday, Eden. I’m sure you’ll enjoy them – later.