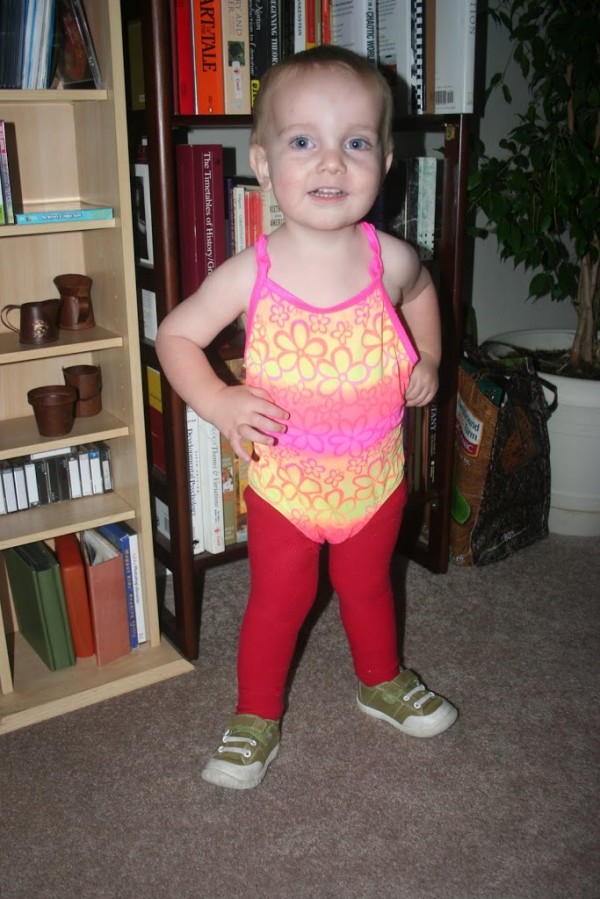 This was what Sterling emerged wearing this morning. Eden’s tights, Liberty’s bathing suit, and shoes – Sterling is never without shoes – and they were backwards – also something pretty common for Sterling. This was after he’d come out with the bathing suit over his boxers – apparently that was a little cold.

I got my Christmas letter written – 2nd draft, in case anyone cares to know. Nope, not finished. Turns out these little blogs are a whole lot easier to write than a summary of our year in one page. I got photos ordered too – now, for my goal: get the letter printed and in envelopes, complete with address labels, before the photos arrive via mail. I’ll let you know on that one. Or we can leave that one alone and all just pretend I get these things accomplished on time and under budget somewhere outside of my dreams…

Speaking of under budget, when did everything get so stinking expensive?! I head out with my limited budget, trying to buy gifts for the kids – wow, that was a frustrating venture. I did get quite a few things, not nearly what is on my list, but enough the kids will be thrilled in spite of my barely-dented list. I found a toddler bed-sized quilt/sheet set full of trucks for Sterling today at the consignment store. He’ll love it. Very cool, and that definitely helped with the budget! I get to chalk up original prices when I decide if monies spent were divided evenly, right?

I also got curtain fabric for the living room windows today. I’ll post photos of the finished product – if I’m happy with it. 🙂

Sterling woke in the night in hysterics. He’d peed in his diaper and eczema has his behind rather raw. I was trying to get to the bottom of it all when he came out with “My…butt…really, really… hurts! Really…really…bad!” He never says that many words, that clearly. I felt so bad for him – but it was nice to know he really can talk clearly when he wants to.

Ruby’s sleeping through the night! Even through Sterling’s fit in the night, she slept. Ah, progress. I actually had two nights – in a row – last week that no one woke up between 8pm and 6 am. So nice. Now if I can rehydrate Sterling’s raw backside – or get him to wake up to pee in the night – we’ll be all set.

I’m off to figure what kind of curtains to make. I have visions of stripes, but limited ideas for the tops. No ruffles. They remind me of clown collars – and we have enough funny business around here without putting clown collars on the windows! 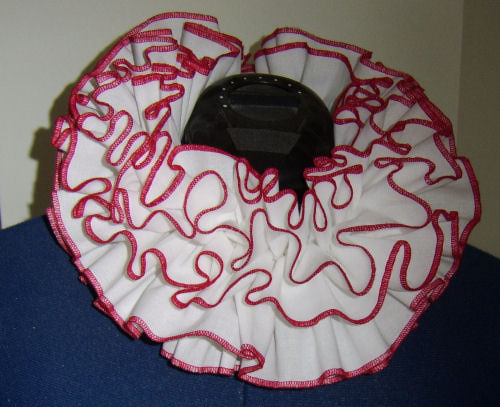 And, in case you were wondering, you can find a free pattern to make a clown collar of your very own, looking like the one pictured above, at:

On that note, maybe I know what costume to add next to my girls’ dress up tote. Hmmm.