The tree is down, the house is mostly clean. My parents are headed north to face the storm they missed, Ruby generously shared her cold with Sterling and I, likely Blaine as well, but hopefully not Grandpa and Grandma. The pine needles have been cleaned up – but I’ll likely find them for months to come. I always look forward to getting the tree – and even more so to taking the tree down after wards and getting my house back to rights.

I’ve only gotten one “Return to Sender” Christmas letter back – the one addressed to the people who live the closest. Sorry, Alicia. Seriously, I even know their address. Helps to read the labels I put on the envelopes, apparently.

Blaine leaves in eight days. He’s headed to Santa Barbara CA for about three weeks. That’ll be great – or not. I’m determined not to head north to my parents or west to my sister’s during that time – mostly because I don’t trust my van these days – but we’ll see how long that resolve lasts. Three weeks with limited adult conversation is likely to drive me just a bit batty.

We got snow for Christmas! Just a bit, and most of it is already gone. Blaine got a few photos of Grandpa with the kids in the backyard… 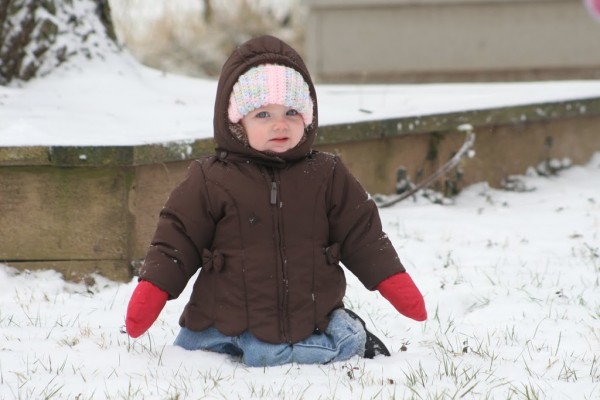 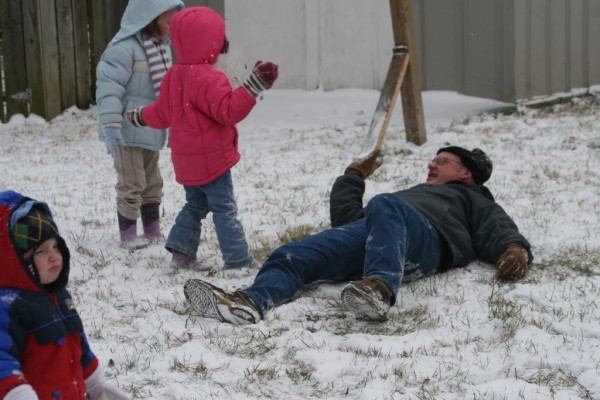 Do me a favor. Click on the one above and take a good look at Sterling’s face in the full-size photo. Just for laughs. 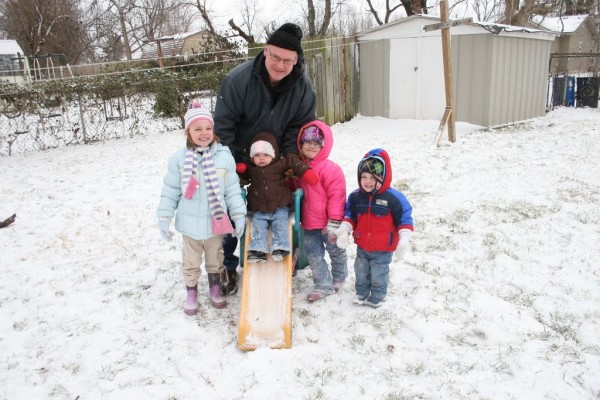 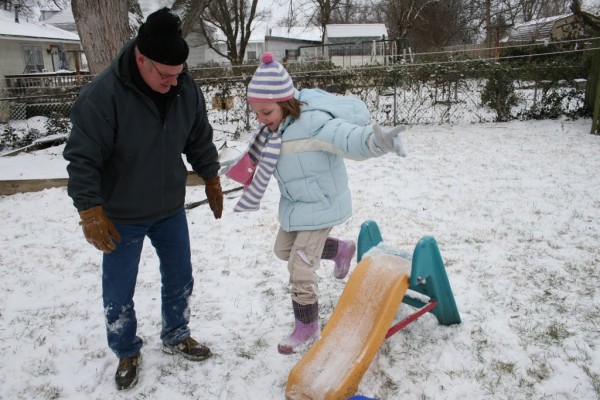 Today Ruby fussed over her breakfast bread until I got to the bottom of why – she wanted butter. Ugh. The allowable laziness in the name of keeping her clean was fun while it lasted.

Turkey doesn’t like my oven. Or my oven doesn’t like turkey. Maybe the oven just doesn’t like to function properly period, I’m not quite sure. Thanksgiving dinner was several house late because it wouldn’t get done, and now Christmas dinner was sans turkey after it cooked for 6 hours and was still not to the required 185*. Now it’s in the crockpot, hopefully to finish cooking and becoming supper. Between the mashed potatoes, sweet potato casserole, green bean casserole, cranberry sauce, dressing, and pie, it was not missed a bit on Christmas though. Maybe I’d make a good vegetarian after all. Likely not though.

Liberty’s worn a white shirt for about a year now (not continuously!) and it recently was handed down – in perfect shape – to Eden when I bought a bigger one for Liberty. Eden wore it once. I’ve soaked the darn thing in bleach twice, washed it twice, and it’s in bleach once again, all today. I’m not sure it’s ever going to be the same. I’m rethinking my “Buy white, it can be bleached” mentality, at least for Eden. Bleach can’t handle Eden.