Did you know? It’s impossible to fall off the face of the earth. The internet, however, is flat, and there’s a curb. It’s possible to disappear in these parts. Somewhere between laundry, dishes, school, chasing after Ruby the Terror and Sterling with his Bare Bottom, I got lost on my way back to the blog. So sorry.

And thus, an update is required.

This is Ruby’s new look:

It’s been building for a few weeks – these days, she doesn’t crawl, she walks. Or at least, she doesn’t crawl unless I’m trying to get photos. It took 10 minutes, a belly crawl on the floor (my belly-crawl, mind you – now that’s something for photos!), Blaine and Liberty’s coaxing, and 12 deleted photos before she finally showed off. Seriously, this one is just out to make my life harder. Oh, and the one side pony? She pulled the other out and tried to eat the band. Mmmm.

This is Sterling’s favorite look. He’s just out to relax and take life as easy as he can. Like the strategically placed bowl? Me too. Unintentional, and when he’s 16 he’ll wish he’d grabbed a bigger bowl, just for show. 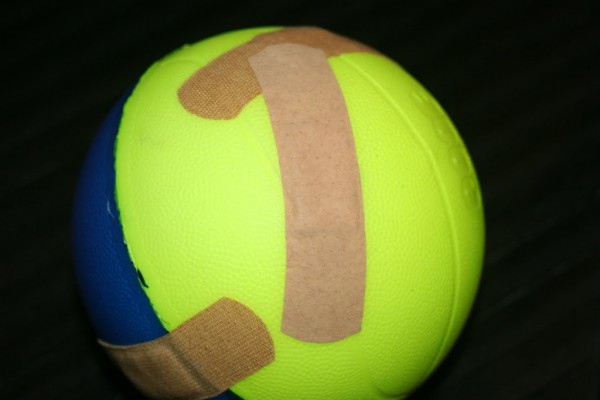 This is Sterling’s new ball. It’s about, oh, 6 hours old. An hour in, Ruby had three bites eaten and Sterling asked for bandaids for his new ball’s owies. Fair enough. I told you Ruby’s trouble. 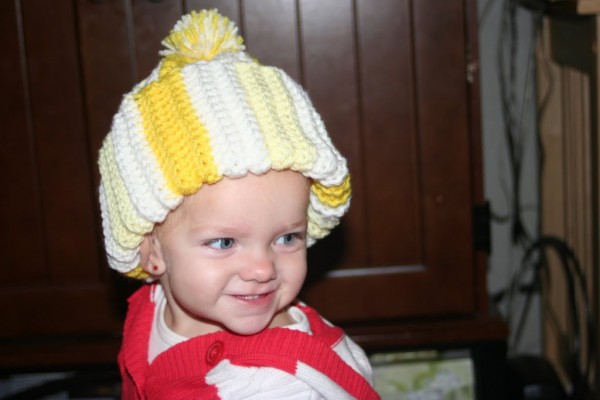 She looks all but evil. Cute, but evil. She stole Liberty’s hat quite cleverly, and wore it and giggled while Liberty searched for it. Liberty thought I’d hidden it and ran past Ruby a half a dozen times before she realized Ruby was wearing it. Ruby was in stitches she thought it was so funny. 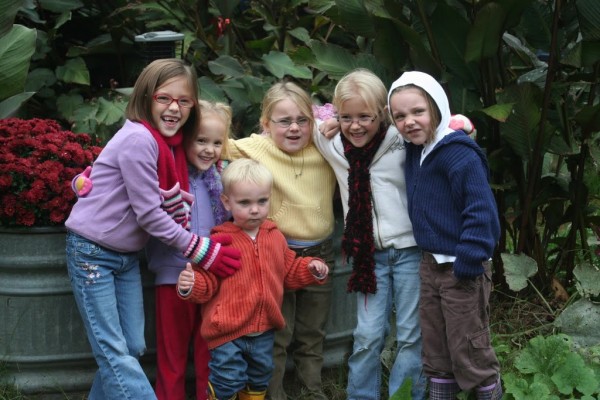 This was yesterday, pumpkin picking with friends. The kids had a blast! It was definitely easier than last year’s escapade. That one included a hayride, two babies not walking, an hour long corn maze, and me trying to carry three pumpkins, deciding that despite paying for four pumpkins, we were NOT getting four, because that meant me carrying two babies, four pumpkins and a camera that failed to capture photos of the dreaded pumpkin patch because, well, I lacked a free hand for that. This one was definitely less stressful. 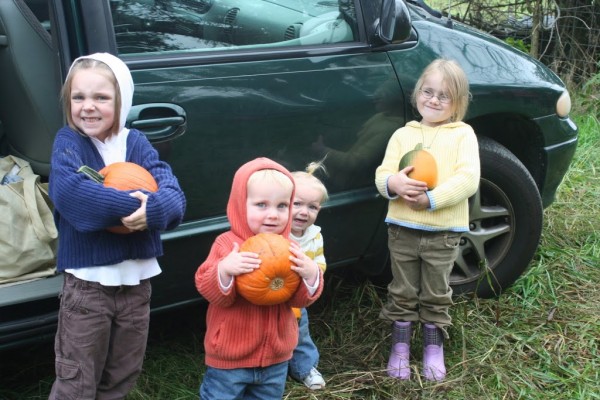 Ruby, though, might have disagreed before it was all over with. 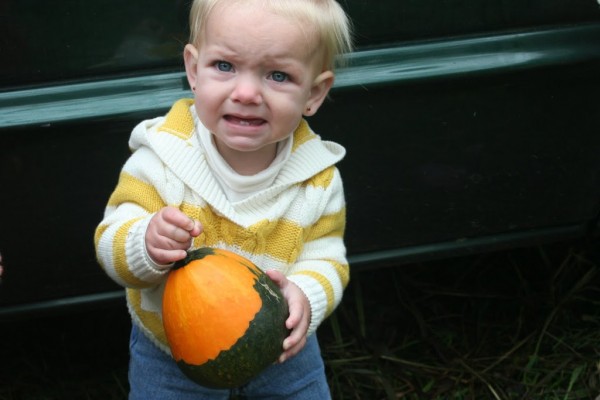 That’s about it for news. Blaine’s job search continues, school is going great but taking up more of our day than I would like, the house contains nine unpacked boxes, each containing Blaine’s camera/work stuff, so I’m calling us unpacked. The garage doesn’t count, does it?

We found a new pediatrician that I love thus far, I get lost less and less around town, and south continues to be argued as east in my mind. I don’t know why, but I’m spun 90 degrees. I thought I’d solve my directional challenge, bought a compass and found out that it doesn’t always work. Don’t contemplate that one too hard. Sometimes working, as far as a compass is concerned, is just as bad as not working ever. Who decides when it’s working? If it stuck still, it’d be right 25% if the time, right? Yeah, I don’t think so either.

My new favorite: Acorn Squash. Cut it in half lengthwise, put 1T maple syrup and 1T whipping cream or butter in each hollow (ditch the seeds/pulp) and bake at 350 for an hour. Mmm. 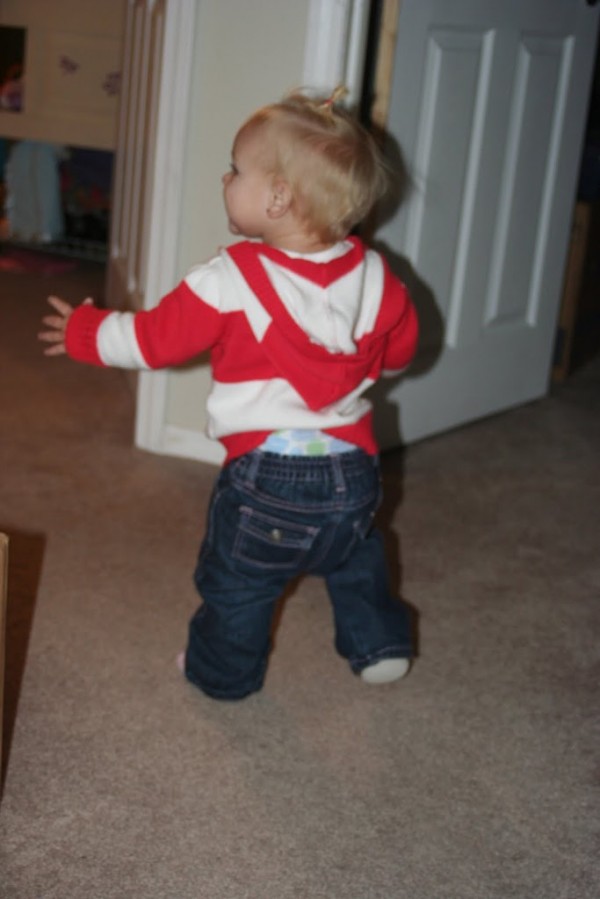