I’ve reviewed ABeCeDarian Company before, back in 2013 when my son Sterling and daughter Ruby were learning to read. When they offered up their reading program ABeCeDarian Interactive A Workbook and the Digital Teacher’s Manual – A to reviewers on the Old Schoolhouse Magazine’s Review Crew, I asked for the chance to try this with my middle son, Pierce. He will be five in October and is starting kindergarten this fall. He knows letters and is pretty good with all of their sounds but he is not reading yet. Until we started ABeCeDarian Interactive A Workbook with Pierce, he had yet to sound out anything. Now, just a handful of weeks later, he’s successfully sounded out many words and practiced writing them.

ABeCeDarian has a bit of early time involvement for the teacher to begin the program, to understand their mission in phonemic awareness, phonics, and fluency, but having gone over this with Sterling, I found it pretty familiar from the get go this time. I recall reading for several evenings to understand this when I reviewed it in the past. This time around, with the Interactive Workbook, I jumped in right away. At first I struggled to get this to load on my Kindle Fire HD 8.9″,  so I contacted ABeCeDarian, and ended up trying it on our smaller Kindle Fire 7″ with success. While ABeCeDarian responded quite quickly and was willing to troubleshoot, it was quickly a non issue and we just used the smaller Kindle. I also tried it on the laptop just to see how it worked and it ran without issue, although practicing writing the letters on the laptop was far more complicated than on a touchscreen. 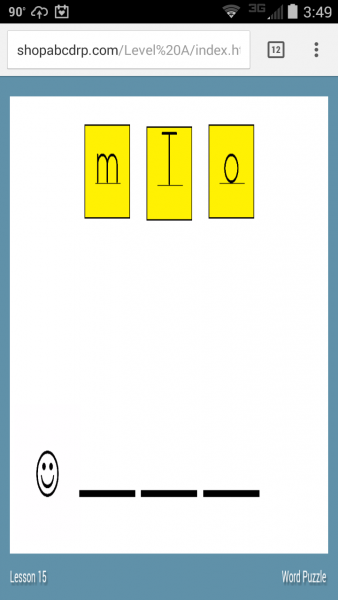 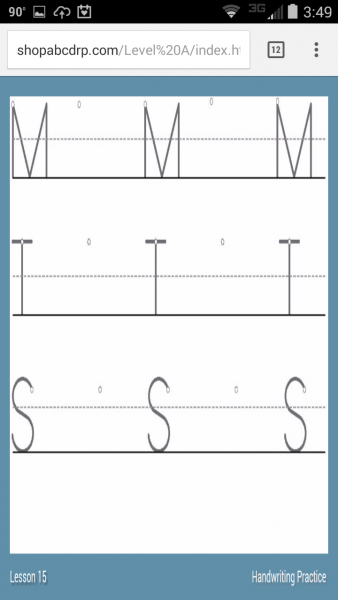 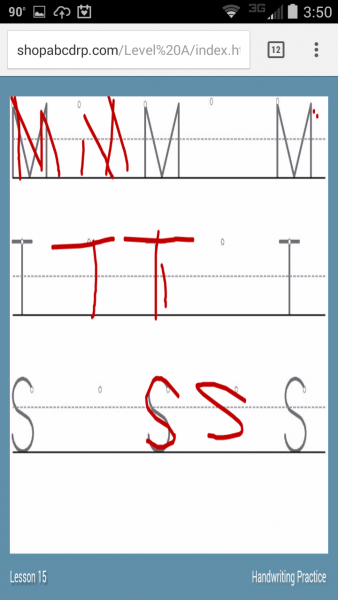 I did end up getting out my old print Teacher Book from my previous review. It’s the same curriculum and I found it far easier to have the teacher book in my lap than trying to look up the teacher book on another device/computer so that I could instruct and follow along.

The first thing I noticed – and greatly appreciated – about the interactive workbook was that the interactive workbook is still teacher-led, not computer-led. It let Pierce move on to the next page without completing the one he was on, and it didn’t holler about anything we tried on there. I’ve fought with computer-led programs in the past and been frustrated by them stopping my student unnecessarily. With ABeCeDarian Interactive Workbook A I could choose easily when to switch pages and could have Pierce practice handwriting on paper instead of on the screen – by far my preference since he could use a pencil and practice that skill properly. Since the program is just the workbook as an online option, it is not then graded as correct or incorrect, or logged as far as what has or hasn’t been completed. It’s entirely teacher led. 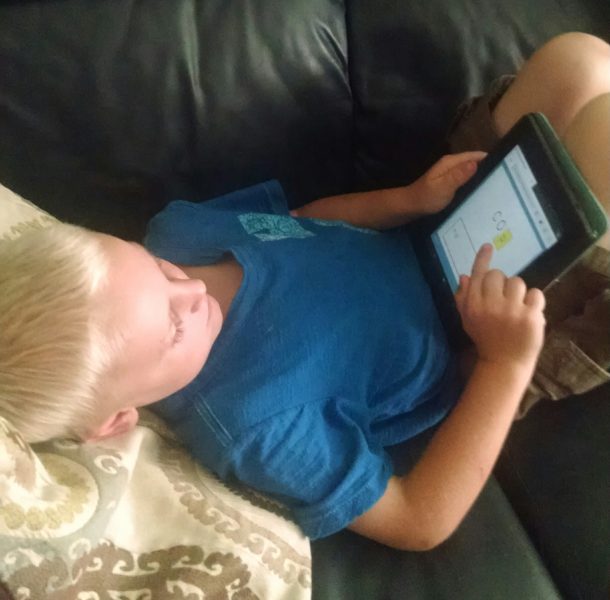 I have to say, I’m first a fan of the written textbook. I’ve fought to make online programs work for us and never been as thrilled as with those on paper. ABeCeDarian, though, has brought the best of both worlds together in an interactive workbook that gives absolute freedom, keeps the teacher teaching and not the program, and allows for the economical factor of working online. It’s loaded well in about a minute each time on the newer (but by no means brand new!) Kindle Fire, and also on my ancient laptop. Pierce enjoyed the program and learned much, learning to sound out three letter words quickly and completing a lesson in just a few minutes of work.

Pierce worked to sound out words to me, then to spell them as instructed, dragging each of the three letters into the proper order. He caught on quickly and learned well as we worked together. Focusing on the sounds and not the letter names, as the curriculum suggests, works very well for Pierce. He gets caught up in names and sounds and gets momentarily stuck. He jumped on board with the sounds right away, though he’s still naming them what they are. It was so fun to hear him putting words together so quickly though, and the pride in his accomplishment was evident.

The ABeCeDarian Interactive A Workbook for the student is $14.95 for one year. Continuing access after that year is $4.95 for each additional year. The PDF of the Teacher Manual – A is free, or if you wish to use the print version like I did, it can be purchased for $9.95.

We all tried the same workbook – see what everyone else thought on the Review Crew Blog!