BrainFood Learning offered three different DVD titles to be review by the Old Schoolhouse Magazine’s Review Crew. I received The Fascinating World of Insects for review. 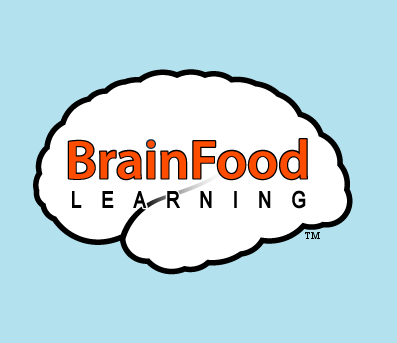 When I was chosen for this review, I was pretty excited to receive Insects. I mean, living in Missouri, we’ve met a multitude of bugs I’d never even heard of before. Some of them I wish I still hadn’t (ie. chiggers!) but if you really pay attention, they are pretty fascinating. Those bees that are constantly in the grass and have stung more than a few of the kids this summer are also on the flowers – and that’s helping them grow and bloom! The kids watched the DVD about three minutes after it came in the mail. They were pretty excited about it.

With information presented and then lots of little quizzes, the kids were hollering the answers out at the TV with gusto. All four older of my kids (ages 4, 6, 8, and 10) worked together, agreed on their answers, and got “100%” on the quiz at the end and were pretty proud of their newfound knowledge. I’ve heard a lot of info from them since, telling me of all they learned. Every time we’ve come across a bug covered on the DVD, I hear more of what they’ve learned. We’ve read books in Science before on the subject, but this information seemed to have sunk in a lot better than the things they’ve read.

The one thing I noticed right off – and appreciated – was the none of it came off as terribly juvenile. It was written for ages 3-11 – a really broad range. It wasn’t written for toddlers, yet even Ruby (4) was glued to it and talks about it still. Some of it was over her head, but she never noticed. Because of that, though, even Liberty, 10, enjoyed and learned from it without complaining that it was written for a younger level. It was a hit in my house. 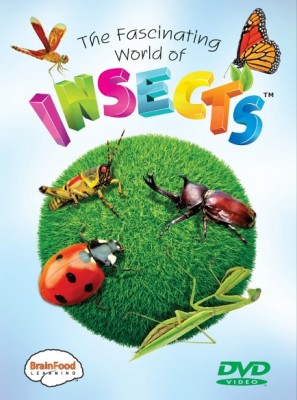 praying mantis, dragonflies, and butterflies. It doesn’t go into fabulous detail and I think perhaps it could have gone further into detail, but to keep the age range suggested interested, maybe not. Either way, the kids thought it was pretty fun.

Having sparked an interest in how insects live and move and grow, there’s something really fun about watching the kids realize insects are more than just creepy crawlies. Sterling wanted to know why the flies (prevalent this year!) have antennas, and today they found a “cross between a Japanese beetle and a ladybug”. While I’m certain it had it’s very own name, the kids are looking and learning and enjoying. Fun stuff. The one thing most talked of with interest is that fireflies don’t glow west of Kansas. I think I hear a need for more investigation…