Sterling turned six on Saturday. To start off the day, he requested homemade doughnuts for breakfast – complete with Christmas colored sprinkles. He didn’t mind. 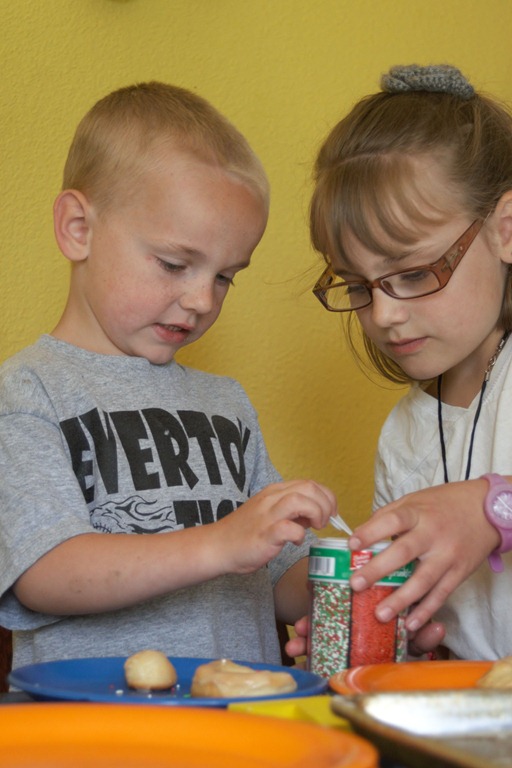 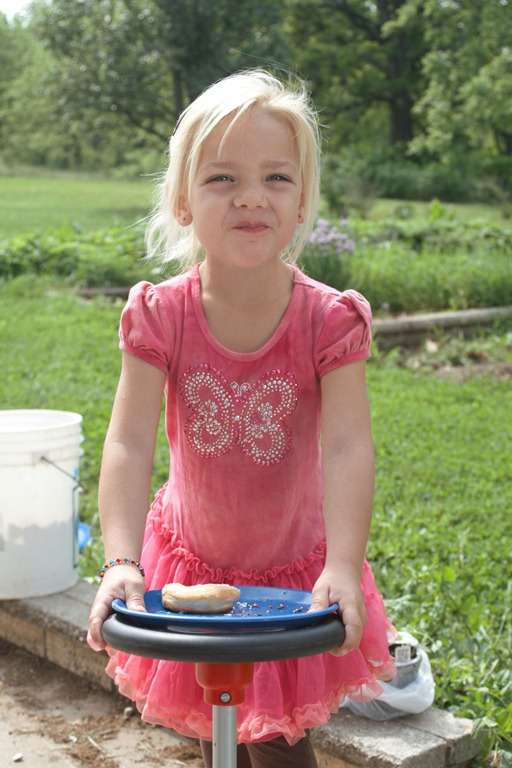 I think they were good. 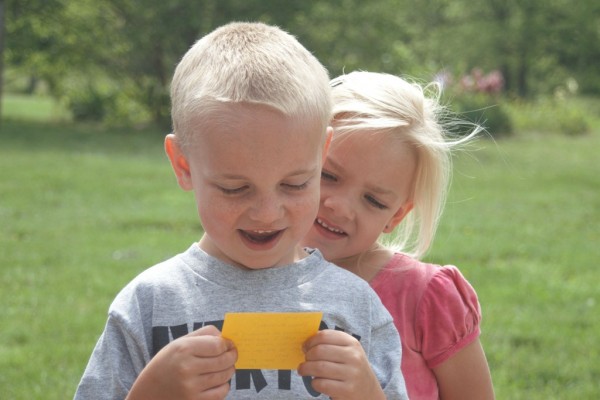 I had this great idea for his gifts. He got four – usually I have several small things for them, but Sterling’s gifts were more expensive and fewer. Instead of opening them and being done, I made a scavenger hunt. He had to read the clues, figure out where his gifts were hidden, and run to find his gift. The clue was on the next gift. It was so much fun. Definitely the way to go, if your birthday child can read and you have the time to do it. The kids are all asking for a hunt on their birthdays. 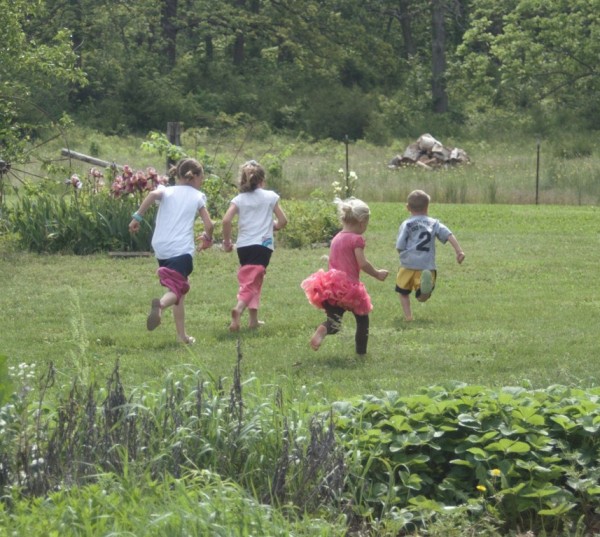 The excitement was contagious. 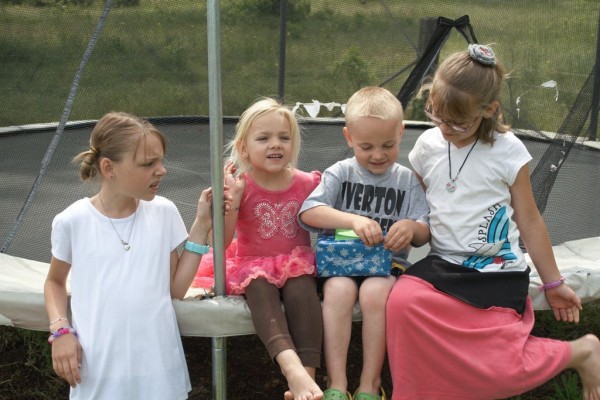 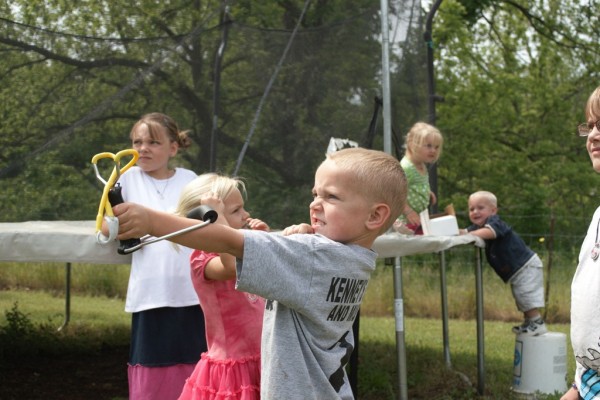 I’m not sure which is funnier – Sterling’s face as he shot his new slingshot or Pierce trying to get up on the trampoline in the background or Ruby looking the wrong direction like Sterling shot backward. 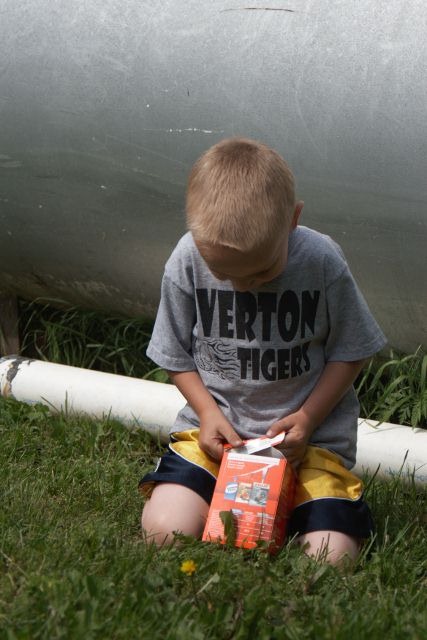 Blaine was solely responsible for the purchase of the fishing pole and wrapping it. The reel was in an oil filter box and the pole in a piece of PVC. Clever, my love. 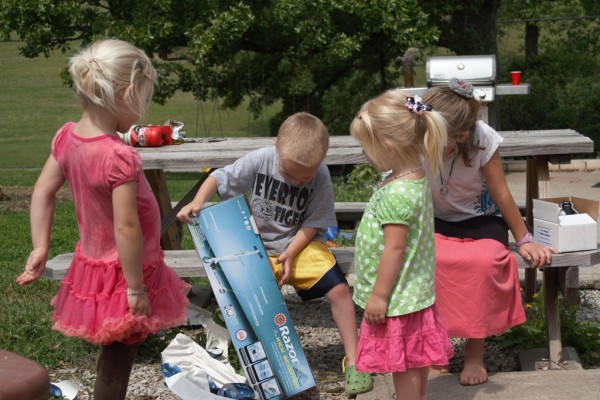 I was super excited about the Razor scooter. Liberty and Eden got some at a rummage sale a few weeks ago and Sterling’s been wishing for one ever since. 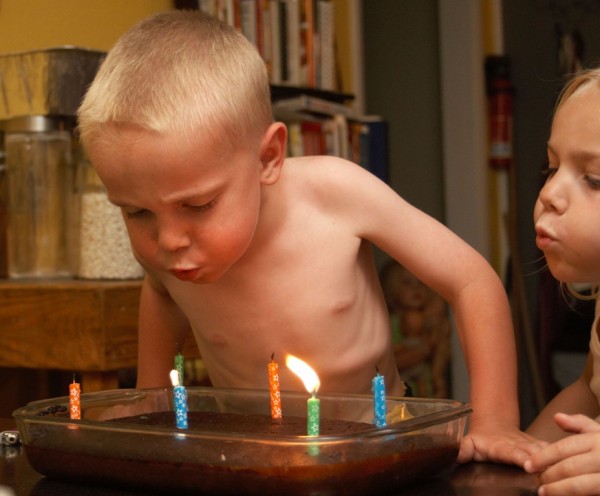 And, the cake. Liberty made it. I think we have a first, folks. In all my years of motherhood, I’ve made the cake. 29 of them so far. This one, I didn’t make. (Catch Ruby’s cheating cheeks? I have evidence.)